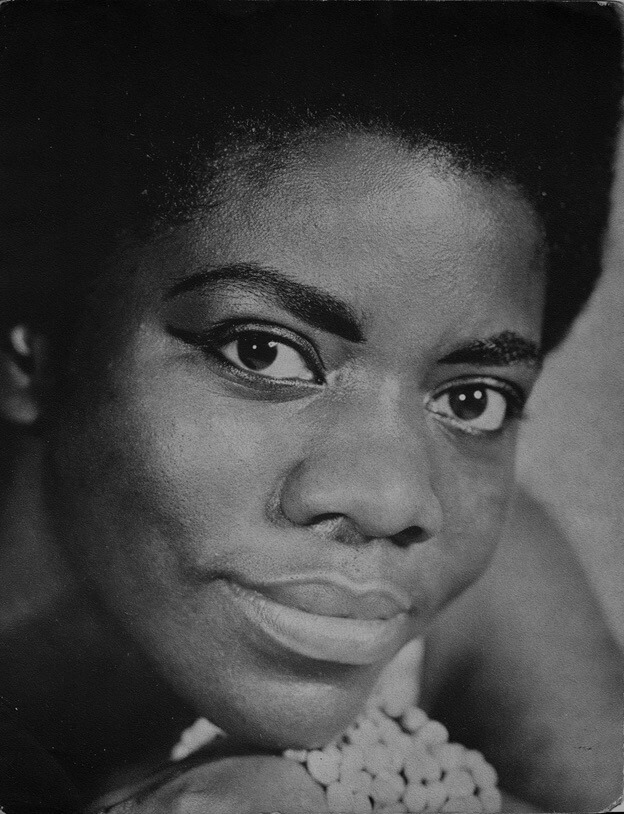 NOW interviewed Salome Bey in October 1981 when she starred in a Young People’s Theatre production of The Threepenny Opera.

Canada’s music and theatre scenes are mourning Salome Bey, who died this past Saturday (August 8) at the age of 86. Billed as “Canada’s First Lady of the Blues,” the singer moved from New Jersey to Toronto in the 60s and quickly established herself as a major force in the city’s artistic communities.

NOW talked to her in October 1981. Bey had established herself with her music, as well as her blues and jazz history cabaret show Indigo, which played on both stage and TV, when she moved into acting, starring in a Young People’s Theatre production of The Threepenny Opera. In the interview, she talks about the similarities between Bertoldt Brecht and the blues and why a good singer should be able to act.

Read the full story by Paul Turrin below:

Salome Bey likes to take chances. From her numerous recordings to appearances on television specials to the success of her show Indigo, the singer has shown herself able to change and adapt. Perhaps it isn’t so surprising then that she should be featured in the Young People’s Theatre’s upcoming production of The Threepenny Opera.

Bey’s career has been an odyssey, bringing her to Toronto from New Jersey some 17 years ago. Along the way there’s been a trip to Broadway in Your Arm’s Too Short To Box With God and, of course, her success in Indigo, a long-running look at the blues.

What could be more different than the didactic theatre of Bertolt Brecht? At a glance it seems that the only thing these shows have in common is that they all contain songs; in substance they are light years apart.

Bey does not see the gap as so wide: “I hear so much music which is Brecht. When you really listen, it’s blues.” Brecht’s bold experiments with music in the theatre were to become models for later Hollywood musicals. Director Peter Moss agrees, “He wrote this play as a parody of musical theatre. And it is just that – a good play for a full-scale musical, which is what we’ve done.”

The Threepenny Opera does have a complex history. Borrowed from John Gay’s Beggar’s Opera, Brecht gave the play a modern idiom. The plot concerns the attempts by Mr. and Mrs. Peachum to have their new son-in-law Macheath arrested as a thief. The Peachums themselves make a living by training beggars and receiving a percentage of the take, but they feel successful enough to look down on the lowly Macheath. This musical satire on middle class mores was Brecht’s unlikely first success.

The play’s significance rests on two different levels. It is first, and most obviously, an entertaining musical, replete with hero, heroine, and happy ending. But as Moss notes, Brecht has something else in mind: “It’s his least severe work, but the edge is always there. It’s more irony than satire.” In rehearsing for her part as Mrs. Peachum, Bey has also noted the play’s underlying sting. “She’s really a crook. She trains people to beg and then takes her 20 per cent. They’re bad but they think they’re good, like a lot of people,” Bey told NOW.

Moss has altered The Threepenny Opera subtly to make this “sting” more immediate. “I’ve updated the language. The characters talk in a more natural rhythm, so people don’t feel that they’re watching something removed from today.” Similarly, the Edwardian setting has been altered slightly so that the play is no longer fixed in time.

Bey is happy for the challenge. Since Indigo she has been broadening her scope as a stage actress. With a background singing in nightclubs, she is aware of the potential criticism such a move might bring. “Some people say about me, ‘oh, she’s a singer,’ but singing is acting. If she can’t act she can’t sing,” she said. There is little doubt that Bey can do both.

Is she nervous about The Threepenny Opera’s opening at Young People’s Theatre tonight?

“I’m always nervous. It gives you that extra edge you need.”

culture From The Archives In Memoriam Music Salome Bey