The queer East Asian rock band will use the money and mentorship from the grant for young, marginalized musicians to record their debut EP 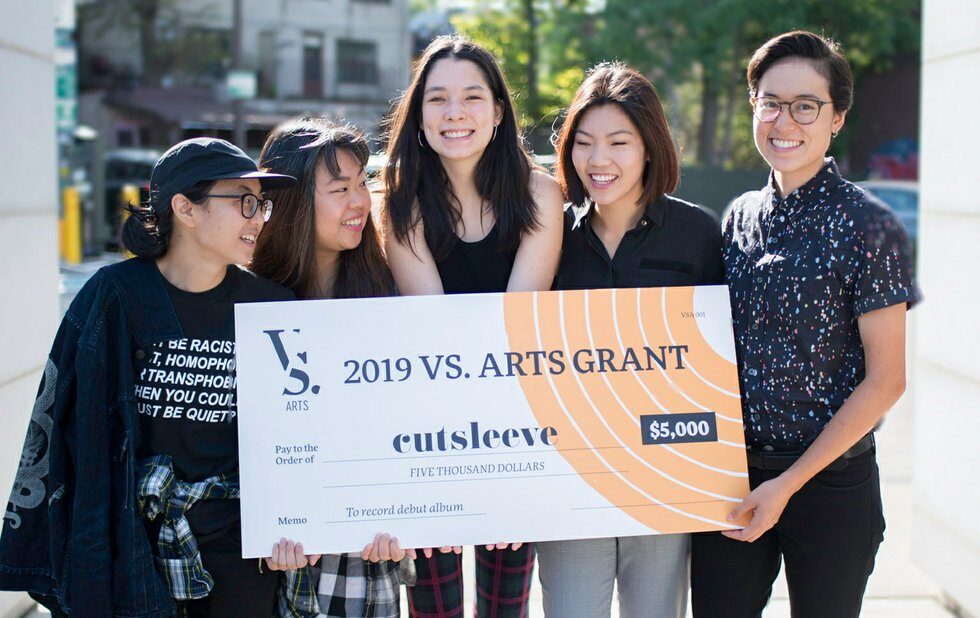 Canadian writer and musician Vivek Shraya launched her VS. Arts Grant at the beginning of the year as an equitable source of funding for a young, marginalized musical act to record their debut EP.

Today, after reviewing 40 applications from across Canada, Shraya is announcing the winner of the $5,000 grant: cutsleeve, a five-piece female queer East Asian emotional rock band from Toronto.

“What drew me to cutsleeve was the combination of their earnest, 90s nostalgia sound with their overt politics,” says Shraya. “As a mid-career artist, I can often feel cynical about the industry and music itself, and cutsleeve reminds me of the potential for music to not only express a range of undesirable emotions, but also to build community.”

The band will use the money to record their debut EP, while also receiving mentorship from Shraya to conceptualize their album vision, promoting and marketing and to help navigate industry resources. Shraya says they share the goal of exploring their queer racialized identities through rock music. cutsleeve say the VS. Arts Grant felt accessible to them in a way the bigger government-funded grants didn’t.

“Vivek is an artist a lot of folks in queer communities know and admire, which helped us feel validated and supported as we continue this journey as musicians,” write cutsleeve in an emailed statement. “Government-funded grants are intimidating and labour-intensive and do not inherently cater towards marginalized (i.e., women and trans folks of colour) artists who do not have the same opportunities as white men (who represent a large portion of the music industry). There isn’t much space for new musicians to be allowed to make mistakes and learn without being criticized and attributing it to an inherent lack of skill.”

You can catch cutsleeve at a show billed as Tears, Fears And Existential Queers with Terrastray, Alex Townson and Honeymoon Bay on Friday (August 30) at the Cameron House. Doors are at 7:30 and tickets are $10. More info here.