What’s with all these concerts being announced in Toronto?

Though COVID numbers are rising, there are some honest-to-goodness in-person concerts booked starting in September. Will they happen? 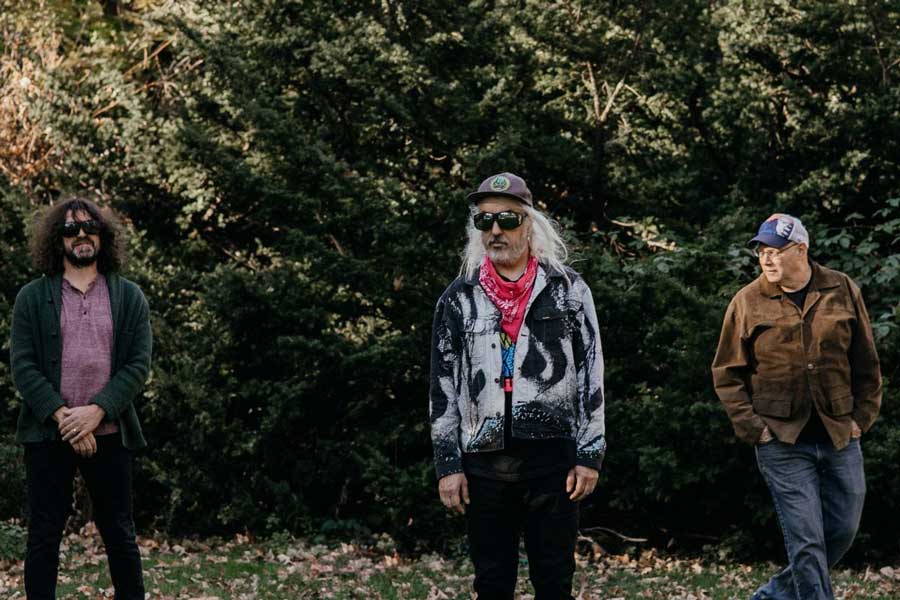 Toronto’s live music scene is showing signs of life. But is it for real?

COVID numbers are rising as the vaccine rollout lags. Ontario is back under lockdown. Patios are closed, stores are back to curbside delivery. Even virtual events, where many performance venues had pivoted to stay afloat, are once again not allowed.

And yet, music venues are announcing concerts. Real, honest-to-goodness, in-person concerts, starting in September. You can even buy tickets for them.

That’s not it, either.

“Our fall calendar is full,” says Athena Ellinas-Towers, owner of the Opera House. “Whether we’ll be able to execute those shows is a different question.”

That’s the case at venues throughout the city. Even if they’re not announced yet, there are tons of shows ready to go in the fall.

So, to ask a question we’ve asked a few times throughout the pandemic: When will concerts return in Toronto?

“Confirmed is the new maybe”

Starting in September, the Phoenix Concert Theatre also has a schedule full of confirmed shows. But owner Lisa Zbitnew warns not to take “confirmed” at face value.

“Confirmed is the new maybe,” she jokes.

Concert booking is definitely happening, but that’s been the case through most of the pandemic. Many venues are holding shows that have already been postponed once or twice, even three or four times.

But those are now being joined by new bookings, too. Many are from American artists who are releasing new albums and announcing full North American tours to promote them.

As before, “North American” often means a long string of American dates and a small handful of Canadian ones: Toronto, Montreal, maybe Vancouver. The American and Canadian live touring markets (or at least the ones in those three cities) are so tied to each other that the new string of near-future announcements is being driven by people making deals south of the border.

“What’s probably happening is [the team behind] an artist like Julien Baker or Dinosaur Jr. is coming to the local promoter and saying ‘Hey, we’re announcing a tour for September. Can we book a show [in Toronto]?'” explains Julien Paquin, president of Paquin Artists Agency. “Then they say, well, we’re in lockdown, so we don’t know what the situation will be like in September. The U.S. agent is probably saying ‘What? We’re rolling over here. People are getting vaccinated.’ They’re going to be shocked that Canada is moving so slowly.”

Paquin is a major booking agency that represents about 250 artists in Canada (acts like Godspeed You! Black Emperor, Serena Ryder and Death From Above 1979) plus about 50 in the United States and a handful worldwide. The job entails “soliciting live engagements,” negotiating them from inquiry to contract and seeing them through all the way until the concert is over.

That last part has been incomplete since the entire live music market shut down in March of last year. But most concert deals include a force majeure clause, which means venues, promoters, bookers and artists are not held responsible due to major unforeseen circumstances – like a global pandemic.

Force majeure can be interpreted in a number of different ways, Paquin says, but the spirit that everyone has been operating under is for all parties involved to work together on finding a new date for the shows to still happen. As shows have been announced, postponed and re-announced, there are still many fans in the city holding onto concert tickets from pre-COVID times – or even buying new ones.

That’s to be expected now too. If you’re buying a ticket for September, you should know that likely means September – or whatever date the show is postponed to. Many artists booking dates at venues for the fall are also taking backup holds for 2022.

“The decision is being made collectively,” says Paquin. “It’s like: we don’t know for sure the September dates will happen, but let’s not miss this opportunity to book and announce the tour and also get that PR opportunity. Then if we need to postpone, we will. In a lot of cases, yes, September is pretty optimistic. But there’s nothing wrong with optimism.”

There’s a finish line in sight

“Optimism” is a word venue owners are using too, despite the many hardships they’ve endured over the last year. Though things look bleak now, there is a finish line in sight. Vaccinations are rolling out, and there is still a goal to vaccinate a majority of Ontarians by the end of the summer. So though case numbers are still reaching record daily highs fairly regularly, it isn’t out of the realm of possibility that things could still reopen within the next few months.

From a concert booking perspective, that’s still very hard to plan for.

Ellinas-Towers says shows at the Opera House are usually booked at least six months in advance, but nobody knows what the restrictions will be like six months from now.

“Some clients are calling and asking us if we’ll be allowed to have shows by then, but we don’t have any special information,” she says. “We’re watching the same Doug Ford news conferences as everyone else.”

The target dates depend on what the government allows, and the province often seems to be making decisions on the fly. They don’t give six months’ notice for when things will be allowed to open or close. They usually don’t give three days. And despite their best efforts, many in the live entertainment industry feel they’re being left out of the conversation, even treated like superspreaders (despite no evidence to back it up) – see the confusion around the recent order to shut down virtual concerts at venues with no in-person audience.

The situation is different in British Columbia, where provincial health officer Bonnie Henry recently gave 35 arts leaders a gradual reopening timeline: gatherings of up to 50 people could happen in May/June, and large venues could be back to normal capacity by the end of the year.

For a mid-size venue like the Opera House or the Phoenix, there are a lot of moving parts involved in each show. There are artists, managers, promoters, venues, labels, publicists, bartenders, event staff and technicians all working in tandem, each with their own bottom line to look out for. For most people involved, the lion’s share of the money isn’t made on ticket sales, but ancillary things like merch and drink sales.

“We have to buy enough for the bar, we have to spend to support the show, we have to budget against what we assume is coming through,” the Phoenix’s Zbitnew says. “So once a show is confirmed and announced, we have to move forward as if we’re an operational venue.”

How many tickets can you sell?

Although the shows being announced now (at least the ones for this year) are mostly major American artists booking whole tours, there’s a good chance those won’t be the first concerts to come back.

The border is a major variable. Will artists be able to cross into the country? What about their entourage of tour managers, sound people, merchandisers, etc? Will they all have to quarantine? If they do, then they’re losing a whole two weeks of their tour to play just a few Canadian dates.

Even if concerts get the go-ahead to return, there will be restrictions. The most crucial one will be capacity. As Toronto reopened last summer, there was a brief window of time when concerts were allowed, but with a maximum capacity of 50 people indoors and 100 people outdoors.

For venues booking artists operating at the level of those interviewed here, that math just doesn’t work. They’d only lose money.

The Opera House has a capacity of 950 and they typically sell 900 tickets to the public.

“Now, artists are going to need a guarantee,” explains Ellinas-Towers. “They’re used to getting paid between $5,000 and $10,000 for a room this size. Between catering, staffing and production, that ends up costing about $20,000 to produce. So you need to generate that money through ticket sales. Can you do that at reduced capacity? I don’t want to be charging $200 to see a show and I don’t think the artists want that either.”

If by fall, somehow, venues are allowed to put on shows with 50 per cent capacity, for instance, then everyone will have to decide if that is financially viable.

For the upcoming Dinosaur Jr. concert at the Danforth Music Hall, the show and offer is confirmed based on the venue’s capacity before COVID. That’s 1,500 people. If they can’t legally play for that many, the show’s booker Craig Laskey says the gig will likely get pushed to a later date. His promotions company, Collective Concerts, offers refunds for any postponed or cancelled show.

Realistically, the first concerts to return will more likely be local artists at smaller venues. There might even be some outdoor things this summer, which are generally safer.

Zbitnew says the Phoenix will likely become a more diverse and multipurpose room than people are used to. Instead of only competing for the same shows that other venues will be booking, they’ll be running more “concept-driven” events: DJ nights, more music from African and Caribbean diasporas, dance, drag and theatre shows.

“The room will be a lot of things to a lot of different people.”

Make no mistake, when live music does come back it will come back hard. Even if it’s not this year, next year is going to be a big one.

“I think 2022 is going to be one of the biggest touring years ever,” says Paquin. “Let’s put it this way, there will be shows every night of the week at every Toronto venue.”

It’s already becoming difficult to book shows in 2022, he says. Most venues have 10 or 12 bands in line to hold the venue. Paquin’s already started to suggest his clients eye 2023 instead. Calendars are starting to fill two years from now.

Richard Trapunski and Lisa Zbitnew discuss the situation in the latest episode of the NOW What podcast, available on Apple Podcasts or Spotify or playable directly below: