With the province's new set of "emergency brake" measures, music venues are once again forced to stop operating 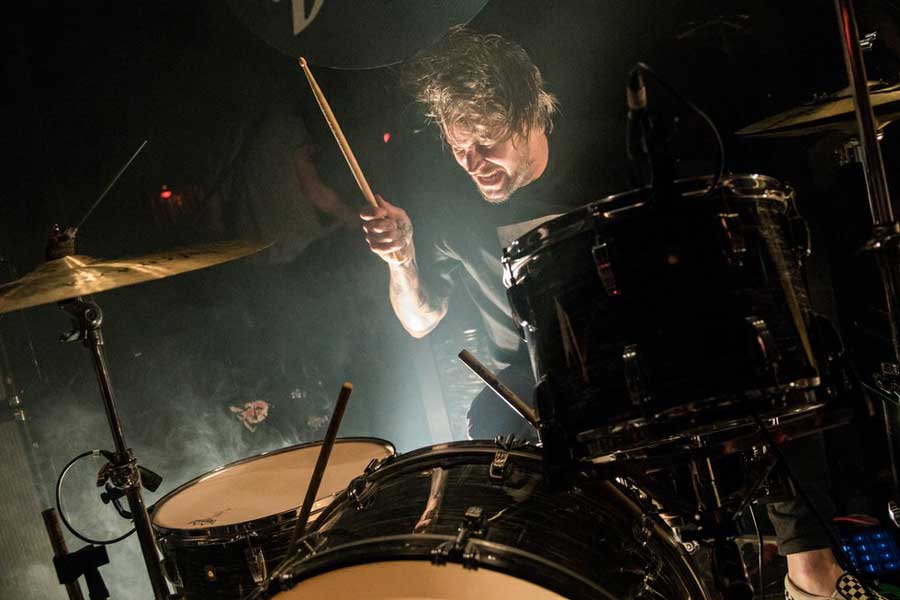 METZ at the Silver Dollar in 2017. Their April 24 livestream at the Horseshoe will be one of the shows postponed with this new round of emergency restrictions.

Get ready for another round of virtual concert cancellations and postponements.

This is the second time virtual shows and livestreams – recorded at music venues without fans in attendance – have been cancelled. After coming back to life last year, virtually, venues were forced to close again this past January when the city went into lockdown. But they had started back up when Ontario returned to the “grey zone.”

There was some initial confusion about what the new restrictions, which come into effect on April 3 at 12:01 am, would mean for performance venues. They were listed as “closed,” but did that mean for in-person shows, as has been the case for most of the pandemic, or also for recorded and livestreamed concerts with no fans?

After a day of back-and-forth with the Ministry of Heritage, Tourism, Sport and Culture Industries, Erin Benjamin of the Canadian Live Music Association (CLMA) confirms that livestream shows are disallowed once again.

The emergency measures do contain a whole section on “media industries” that says “sound recording, production, publishing and distribution businesses” is allowed, as is filmed production with less than 50 performances – but, as in January, this only applies to film and TV production and not music.

“While [the “media production” section] looks like us, once again, it is not us,” Benjamin wrote in an email to CLMA members, many of whom are waiting to find out if they can operate.

“This is the spirit of the legislation… film yes, livestreaming music from venues, no. Can a film/production crew film live music for future broadcast in a closed live music venue? Yes. Can you do the same in your own venue based on the legislation? No.”

There has been a push among live music operators to reclassify music venues filming without an audience. Last time, one of the major differences was that film and TV production had widespread COVID-19 testing, something that is too expensive for many struggling live music operations to implement.

“There is no question that our ability to keep people safe, and the importance of livestreaming from music venues for our members, has been either overlooked or misunderstood – or both – by public health officials despite best efforts for the past many months,” wrote Benjamin. “We know how much effort you have all made to keep people safe, pivot and find ways to survive. Not just in Ontario, but across the country.”

Horseshoe postpones livestream series to May

Doug Ford announced the measures today, and with little clarity over what they meant for music venues, many are now scrambling before a long weekend to make new arrangements for virtual concerts.

The Horseshoe Tavern, which relaunched its Horseshoe Hootenanny livestream series, will now postpone all of its virtual concerts until May 7.

“At the Horseshoe, Lee’s, Collective Concerts, we see both sides of the government conundrum on public safety in this pandemic,” says Horseshoe and Collective Concerts owner Jeff Cohen in an email to NOW. “We don’t want to be contributing to an infection count. We don’t want to put any of the artists who get on that stage, or our co-workers, put in harm’s way, period.

“On the other hand, if we are following the same protocols used in any local Ontario sound studio or video shoot, and non-essential retail can open, we’re not sure why we can’t continue to livestream. They are closed sets, not open to the public. Right now we’re not performing arts spaces –  we’ve pivoted to being de facto video/sound studios.

“Sometimes governments just pick winners and losers and live music venues always seem to come up on the losing end. Every time we are proactive and confirm a series of shows, it’s inevitable they will get moved, postponed or cancelled. As both owners and artistic programmers, it’s just uber frustrating. We feel beaten up.”

The City of Toronto’s City Hall Live Spotlight series, which are filmed in performance spaces across the city to support struggling venues, was already postponed once before launching belatedly last month. But the shows announced so far have already been shot, so the series will continue until at least April 15 (though some nights will now have one set instead of two).

As for concerts and performances shot in Toronto venues, keep an eye on the calendar to see if and when shows will be happening.