The TTC claims that many bus routes were “improved” in 2019, but the majority of the changes worsened frequency thanks to adjustments for congestion and recovery time between trips for drivers 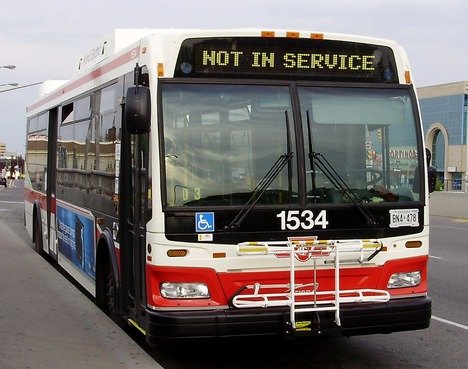 Frequency and reliability of service always win out in surveys of top concerns for transit riders.

But the most reliable service in the world is worthless if riders cannot get on vehicles. Subway users know this well, but the same problem applies to the world of surface transit in Toronto, especially to the TTC’s bus network.

Toronto will spend more than ever on transit in 2020. Operating subsidies are up and capital plans just had a multi-billion dollar infusion from Mayor John Tory’s City Building Fund.

Council’s approval of the City Building Fund shows that if a clear transit roadmap is published, politicians can seize on a chance for real improvement. The project list and the lead times are long. There is only enough money to make a start, but at least there is a clear view of what must be done.

From 2014, Tory’s first year in office, the cost of running the TTC has increased by about 25 per cent, well above inflation, while the system’s ridership has remained static at about 534 million.

But where is the money going?

The city’s annual subsidy to the TTC has gone up almost 50 per cent, with $100 million of that going to reducing the riders’ share of total costs. That is a noble goal, but the money has not gone to improve service.

From February 2014 to 2020, the capacity of the fleet serving bus routes rose by about 5.4 per cent during the morning rush hour. That barely kept up with population and job growth. Add the effects of traffic congestion, and TTC service is at a standstill or losing ground.

Although the TTC has purchased hundreds of new buses in recent years, many went to replacing old unreliable vehicles, adding to the pool of spares for maintenance, relieving congestion and supplementing the streetcar fleet.

The TTC board approves standards for crowding that are supposed to dictate how much service is provided. However, the TTC doesn’t have enough money to pay for increased service.

Since October 2019, every schedule change brought additions to a list of routes that are already crowded beyond the standard.

The TTC claims that many routes were “improved” in 2019. But the majority of the changes worsened frequency and capacity thanks to adjustments for congestion and recovery time between trips for operators.

Better bus service means more buses, but there is no place to park them. The seven TTC garages are packed full of vehicles. An eighth garage on McNicoll in Scarborough is scheduled to open in late 2020. But the TTC needs a ninth garage, only they do not yet know where they would build it nor have the money to pay for it.

The delayed opening of the Eglinton Crosstown brings its own problems. Buses remain dedicated to the effects of construction delays, and until the Crosstown begins operating, buses it will replace cannot be redeployed. The TTC planned a hiatus in bus purchases for 2021 expecting the Crosstown to be opened, but that will not occur until the fall of 2022.

Gaps and bunching are chronic across the network, compounding crowding problems. The TTC measures only basic on-time performance. The quality of service along routes that most riders experience is not reported to the TTC board.

TTC planning and ambition live under the deadly phrase “fiscal sustainability”. Planning aims not at what is needed, but is limited to assumptions of what can be achieved politically.

The surface network’s future depends on openly showing the needs and challenges of growth. Barely keeping up with demand is a plan for inaction, disappointment and a failure of transit’s essential role in moving people around the city.

The TTC will begin public consultations on its 2021 service plans in April. There is a lot to talk about.