Billions to spend on transit renewal but what do we get? 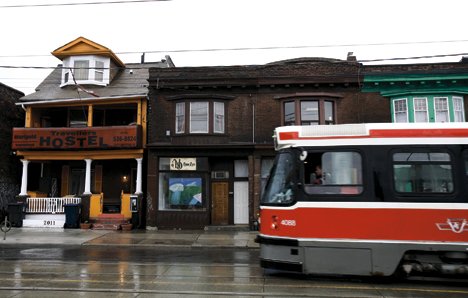 Getting rid of parking on Dundas buys TTC three minutes of travel time at rush hour.

A total eight per cent property tax levy over six years will finance $4.56 billion in new borrowing for the TTC’s huge backlog of much-needed repairs. There are no champagne bars in the subway yet, but the TTC is in a very upbeat mood with so much loot to spend.

The City Building Fund looks good on paper, but what will we get?

A year ago, the TTC released its 15-year Capital Investment Plan. Its $33.5 billion request has now grown to $36 billion.

The challenge was for politicians at all levels to recognize the need to fund better transit. However, that same report downplayed a plan that had been in the works under former CEO Andy Byford to overhaul Bloor-Danforth (Line 2) with new trains, new signals, more service and a host of other improvements.

When Byford left Toronto for New York City, Line 2 renewal had not surfaced as an integral part of TTC’s financial plans, even though the topic came up when the many changes on Yonge-University (Line 1), some now underway, were discussed. The question was always “what about Line 2?”

Rick Leary succeeded Byford in 2018, and the renewal plan did not top his list. Portions were hived off into the 2030s well out of sight. Toronto would have to get by with repairs and rebuilds of assets already in place.

This approach had been rejected for Line 1 with a completely new fleet on the line. On the streetcar system, meanwhile, older cars dropped from view week by week despite overhauls.

Leary’s strategy for the TTC’s aging bus fleet was to keep vehicles for 12 years and buy new ones for higher reliability. That shuffle made the budget and the financial hole facing the TTC in the 2020s appear less formidable, but the danger is leaving Line 2 to an uncertain future.

When the City Building Fund dollars appeared, the renewal project was reborn, and many of its components are in the new spending plan.

The lion’s share, 75 per cent, will go to subway renewal, a lot of that on Line 2. This project is funded in the medium term with 100 per cent city money, crowding out many other projects such as new buses and streetcars, which are also in the spending plan.

The other problem is that the provincial government has already taken over subway expansion with the clear understanding that Toronto is responsible for everything else. The federal government has already committed billions to key projects in Doug Ford’s plan, and they are unlikely to come to the table with direct funding for Toronto’s additional plans.

Toronto riders are left wondering if they will ever see not just new buses and streetcars, but bigger fleets providing more service. For many years the surface network has been starved for vehicles, and this is reflected in longer gaps and crowding.

Even if City Council gave the TTC a bigger subsidy, they have no place to store more buses. Garages are overcrowded, and plans for growth lie years in the future. As for streetcars, the TTC can squeeze in 60 more at existing facilities, but that only addresses expected demand to the mid-2020s.

And an order for new streetcars is on shaky ground.

On January 23, deputy mayor Denzil Minnan-Wong tweeted his distaste for buying more Bombardier cars under the current streetcar contract. Would any new streetcars actually be ordered by Toronto even if funding were in place? Is there support in the Mayor’s Office to expand the fleet? If the purchase depends on one-third provincial funding, well, we know what Doug Ford thinks of streetcars.

Expecting other governments to contribute to improved bus and streetcar service guarantees this will never proceed, but will leave municipal politicians claiming “we tried”.