NOW MagazineNewsBig hole in mine control

Big hole in mine control 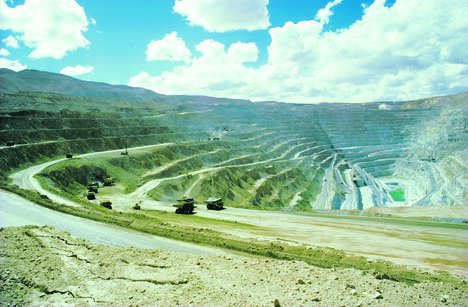 Six lousy votes. the sinking of Bill C-300 in the federal House Wednesday, October 27, was, despite the claims of some who had “tactical” differences with it, a classic tale of big money snuffing out the social good.

Liberal John McKay’s private member’s bill promised enviro and human rights accountability for tax-payer-funded Canadian mining, oil and gas firms overseas – and slipped into oblivion by a vote of 140 to 134.

So near and yet so far. There in one corner was the mining lobby and the Tories scaring the wits out of MPs by threatening thousands-strong job losses, and in the other a team of parliamentary no-shows: 13 Libs, three NDPers (plus one abstention) and four Bloc.

“I had counted on the Bloc and the NDP to bring out the vote,” says a very disappointed McKay. “It would have made it, but no cigar.”

No thanks either to some of McKay’s AWOL colleagues like Michael Ignatieff, who sniffed about the bill’s “problems,” a deft way of signalling his caucus that their presence in the House wasn’t required.

Remiss Liberals and NDPers now have to own the burden of having wrecked this one, tangible reform in the name of some far-off better (dare we say more business-sensitive?) initiative.

But here’s where the fatefulness of personal reckonings messes with the plan: T.O. MP Gerard Kennedy apparently backed the bill but was off at a conference in Japan with Tory Jim Prentice and figured the outcome wouldn’t be affected. Two absentee NDPers, Winnipeg’s Pat Martin and Charlie Angus from mine-rich Timmins-James Bay, say they supported C-300 but skipped because they thought the fix was in.

“I was going to vote for the bill. I have problems with it, but I felt it was better to have it,” says Angus. “But by mid-afternoon, word was all over the Hill that the Liberals were going to make sure it was dead. So I said to the whip, ‘If this is going down, I have other things to do.’ Looking back, I thought, ‘Shit.'”

So now the latest chance to ease the suffering in the global South is finito. Like the miraculous efforts that created a 2007 industry-NGO round-table report, it’s Tory roadkill. That 2007 document called for a mining ombudsman to probe nasty overseas out-of-sight, out-of-mind behaviour. It was a great achievement in its day, but as Mining Watch takes care to point out now, its own negotiators made a major sacrifice in agreeing to a process that wasn’t mandatory. (The ombudsman could only recommend, not order.)

According to Mining Watch, C-300 was a much tougher proposal, an actual legislative fix. Which probably explains its demise.

Because the bill was a private member’s initiative, it couldn’t have budgetary implications, so McKay and his advisers craftily vested the Foreign Affairs and International Trade ministers with responsibility for investigating charges. If complaints panned out, they would have to notify Export Development Canada for possible nixing of cash support.

“The key was to get a process that looks like a court, smells like a court and might even be a court, and has an actual adjudication that people will accept,” McKay says.

Certainly, 39 of the country’s leading NGOs did – from Amnesty International to World Vision, the Mennonite Central Committee and more. George Soros signed on, as did some Guatemalan leaders and mining activists around the globe.

To no apparent avail. 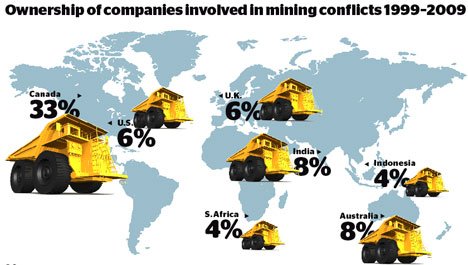 The Canadian Mining Association prophesied that Canuck firms would lose their competitiveness and ominously warned of “unintended consequences.”

Curiously, that’s the phrase Martha Hall Findlay likes to use. The Toronto MP, who didn’t vote, wants a return to the 2007 process (essentially Ignatieff’s position). “The pro-C-300 lobby,” she tells me “has the best intentions, but they played on emotions, and that makes having a substantive conversation about unintended consequences versus principles difficult. There are horror stories for sure. But there are a number of companies that are doing good, and they have now all been tarred.”

This nostalgia for 2007 and a time when the industry was onside astounds Mining Watch’s Catherine Coumans. “Suddenly, the round table has become the Holy Grail,” she says. “For two years, industry lobbied against the 2007 report. Now everyone’s saying, ‘No, it was much better.’ They’re shifting the bar.” The fact is, the difference with Bill C-300, she says, was that “it was regulatory. It was for real.”

And that’s the shame of it.