Recent study clears it all up: cyclists and pedestrians are good for business 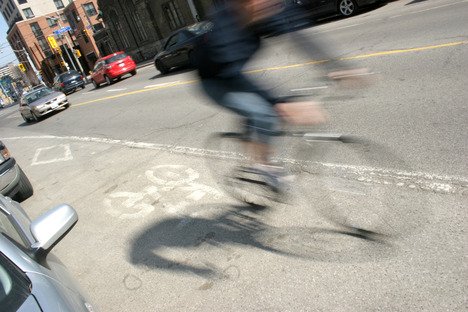 Car-land cheerleaders took another blow last week thanks to a new study showing that auto traffic doesn’t carry its own weight when it comes to supporting local shops, in this case in Bloor West Village.[rssbreak]

Mayoral candidates like George Smitherman and Rocco Rossi may be courting motorists by urging a go-slow on bike lanes but, according to a study by the Clean Air Partnership (CAP), that would be really bad for local business.

Issued last week, it refutes the long-held belief that local businesses get dinged when on-street parking is reduced to accommodate active transportation, in this case on Bloor West. This conclusion mirrors the one in a similar study of the Annex a year ago.

As it turns out, retailers simply didn’t realize their shoppers were largely coming in on foot (47 per cent) or public transit (24 per cent).

But report or no, retailer Alex Ling, an activist Bloor West Village BIA for nearly 40 years is adamant that parking should be untouchable. “Business needs on-street parking, I don’t mind bike lanes, as long as you don’t take away on-street parking,” he says Ling, adding, “You can never have enough parking.”

While local shoppers are key, Ling says, they’re just a piece of success. “The fact that people come from far away to shop here, makes [the area] even better.” And he questions the study’s objectivity, saying the survey isn’t complete until all merchants are consulted. (Ninety-six of 158 in the area responded to the survey.)

Still, the study keeps piling on the pro-bike/pedestrian points. It concludes that “visitors who do not drive to Bloor West Village are significantly more likely to spend more than $100 in a month than those who do.” It’s certainly a lot easier to window shop without a four-wheeled disadvantage.

The majority of retailers in the survey concluded that widening sidewalks and/or installing bike lanes would result in more customers or at least leave their customer base unaffected.

Councillor Adrian Heaps, chair of the city’s Cycling Committee, declares this “good and interesting news,” noting he’s put in a request for proposals to conduct an environmental assessment along all of Bloor-Danforth, from Six Points (west of Islington) to Victoria Park.

That city-speak means hired pros will carry out a no-nonsense appraisal of ways to improve traffic and class up the street – along with examining the potential for a bike lane.

“The best way to describe [the potential lane] is a two-wheeled version of Transit City,” says Heaps, noting that details on the contract will be out in about a month, after which the hired firm will begin studies on each unique segment of Bloor.

Importantly, the all-in approach is a good way to avoid fractured battles for bits and pieces of the Bloor-Danforth corridor. When Bloor-Yorkville undertook its $6 million redo, it ended up dealing with embittered groups and legal threats.

Toronto Cyclists Union executive director Yvonne Bambrick welcomes a comprehensive approach. “It’s a good sign,” she says of the Bloor West Village study and the positive light it throws on the value of the pending EA. “It’s also a key process in educating the public.”

How willing the 10-plus councillors representing wards along Bloor and Danforth will be to embrace possible parking removal, bike lanes, wider sidewalks and overall improvements is another question.

And what happens when the EA report lands on a new mayor’s desk sometime after November? That depends, I guess, on how much noise auto-tamers make while candidates trade election blows. 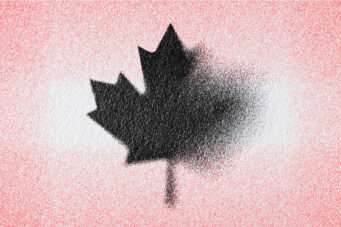 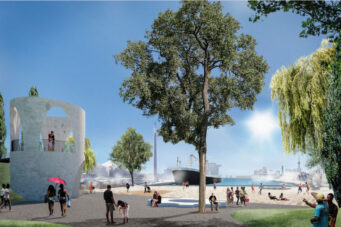 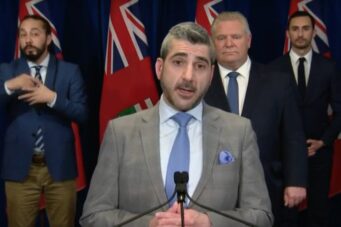