Cressy’s exit, the untouchable Tory and the death of city council

Toronto could use a serious debate on what its post-pandemic future looks like next election, but it doesn’t look like we’re going to get one 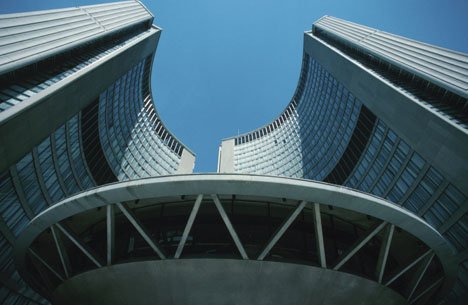 When he got the call from the Toronto Star asking to be interviewed for a story on potential mayoral contenders to John Tory, Joe Cressy had a surprise.

“I told them I’d be happy to participate but it’s going to be a very different story,” Cressy tells NOW.

If you haven’t heard, the Spadina-Fort York councillor, who many city hall observers have long seen as a possible challenger to Tory in 2022, has not only decided not to run for mayor – he will not be seeking re-election, period.

Cressy says that decision was made two years ago with his partner when they decided to raise a family. The rigours of managing a global pandemic – Cressy serves as chair of the city’s Board of Health – has also taken a toll and only served to reinforce his decision.

But Cressy says it was always his intention to serve for two terms “and then move on to drive change in other ways.” He doesn’t believe in politicians overstaying their best-before date.

That can’t be said for the majority of council, a sizeable number of whom have settled in the job and keep winning elections for no other reason than they have name recognition and the power of incumbency behind them.

While Cressy has been able to find a niche after five years on the outside of Tory’s power circle, thanks to his role on the city’s pandemic response team, it’s also true that under Tory’s watch the political environment at city hall has had its share of toxicity.

The need to respond to a global pandemic has mostly masked that. But the fact Tory has surrounded himself with (and handed plum positions to) the usual suspects on the right wing of council – mostly white, mostly suburban councillors who are hyper partisan – has only exacerbated the suburban-downtown divide and undermined progress on a range of big issues.

Those include the Tory administration’s inability to respond to the shelter crisis or take meaningful action on the ballooning police budget – not to mention, poverty, the growing economic inequality in the city and the emerging climate emergency.

Then there’s the havoc wreaked by Doug Ford’s municipal meddling. Yup, the bomb he threw into grassroots democracy when he reduced the number of council seats by half before the last election has resulted in councillors with ridings with the population of PEI – and with little time to both take care of constituents’ concerns and formulate policy on major issues.

Toronto is a city where more than 140 languages are spoken and is made up of people who come from more than 200 countries. But council is nowhere close to reflecting that reality. Political reform is needed but council put off its decision to move to a ranked-ballot system before the province introduced legislation to quash the idea entirely.

And that’s the other thing about Cressy’s decision to depart: municipal politics – politics in general in these polarizing times – is turning off people who want to get into it for the right reasons and increasingly becoming the purview of those with status, money and profile.

There’s no clearer indication of that than the fact that a credible challenger to Tory is unlikely to emerge, even from council, despite there being an argument to be made for the need for radical change. “We’re not going to get there holding the line,” says Mike Layton, another whose name has been kicked around as a possible challenger to Tory, but who tells NOW that he would gladly support anyone with a better chance of unseating the mayor.

The reality is that running for mayor is a huge investment in time and money.

And according to public opinion polls, Tory is untouchable, practically an institution. No one on the current council has near the name recognition. “He’s become like Lastman,” offers one city hall observer, referring to the populist former North York mayor and appliance salesman.

Tory came into office pushing big ideas, but he hasn’t exactly been a trailblazer. While he deserves credit for the city’s COVID response, after two terms in office, there’s no real legacy to speak of.

SmartTrack, the signature transit plan Tory rode to office on in 2014, has shrunk from a cross-city proposal of 22 stops to five and has been folded into GO Transit’s regional expansion plans.

Other big ticket items have also fallen by the wayside. Tory’s plans for a rail deck park in the downtown core, which many viewed as unrealistic to begin with given the cost of land, has also been shelved.

The mayor pledged to heal the racial divide over carding, but the soothing words have not been backed by action on the police file. Then there’s the issue of homelessness, on which there has been some progress with the purchase of rooming houses to create permanent accommodation. But the city’s handling of encampment sites has been an international disgrace, as has the expensive move to keep up a two-kilometre stretch of the Gardiner when the money could be better spent on transit and other challenges.

While Tory was a welcome reprieve after the Rob Ford dysfunction, politically speaking there is not much between them. Indeed, it’s hard to remember now but Tory was leader of the Ontario PCs.

Tory owes his popularity to more pedestrian issues like holding the line on property tax increases. He’s also made a concerted effort to be very much in the public spotlight at events around the city. It’s part of what mayors are supposed to do, but in Tory’s case there’s also the sense among some of his critics on council that it’s more about building up his profile than the city.

His communications team, for example, “have been in overdrive,” notes Layton, scheduling events around the city as the time to declare whether Tory will in fact be running again draws nearer.

There seems little doubt about that, despite the fact the mayor’s partner Barbara has been dealing with health issues that reportedly keep her in Florida half the year. That may factor into Tory’s decision. Also, Tory is not getting any younger.

More recently, there have also been questions about his serving in his “spare time” as an advisory member of the family trust that controls Rogers Communications, and the apparent conflict in the fact he receives a 100K salary for that job while at the same time carrying on his duties as mayor. It’s looking like a bad episode of Succession for Tory and a dent in his armour of invincibility.

But without a credible challenger to offer an alternative vision for the city, the decision for Tory to run has turned into a no-brainer.

That’s too bad. Toronto could use a serious debate on what it’s post-pandemic future looks like. But it doesn’t look like that’s going to happen.

Enzo DiMatteo discusses the situation further on the latest episode of the NOW What podcast, available on Apple Podcasts or Spotify or playable directly below:

5 responses to “Cressy’s exit, the untouchable Tory and the death of city council”