By targeting Facebook and Google with new regulations, Ottawa is hitting two of the president's key campaign contributors 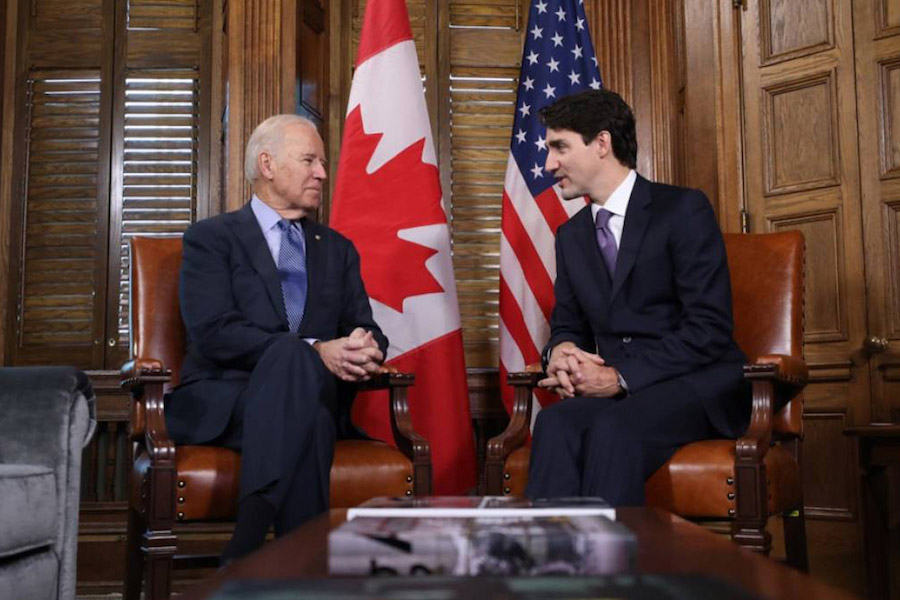 For years, Canadian critics of Big Tech have been accusing the Justin Trudeau government of being too lenient on Silicon Valley giants like Google and Facebook.

But last week, Canadian Heritage Minister Steven Guilbealt surprised some by suggesting that the federal government may join Australia in ensuring that Facebook and Google pay for news content produced by Canadian publishers.

Moreover, the Globe And Mail reported that Guilbeault has held discussions with his counterparts in Australia, Finland, France, and Germany to develop a common front.

“I’m a bit curious to see what Facebook’s response will be,” Guilbeault reportedly said. “Is Facebook going to cut ties with Germany, with France, with Canada, with Australia and other countries that will join? At a certain point, Facebook’s position will be completely untenable.”

After Australia announced plans to force Facebook to pay publishers, the social-media behemoth blocked all news on its platform in that country.

That led NDP MP Alexandre Boulerice to call upon the House of Commons to condemn Facebook’s decision and “assert that Facebook’s intimidation has no place in a democracy.”

In addition, Boulerice wanted the government to “force web giants to pay their fair share for the media content they use.”

The Conservatives blocked Boulerice’s motion, something he described as “Incroyable.”

These developments form part of the backdrop as U.S. president Joe Biden plants to hold a virtual meeting with Prime Minister Justin Trudeau on Tuesday (February 23).

The Democrats captured control of the U.S. Senate with the help of substantial financial contributions from tech giants.

Facebook was also a large donor to Biden’s presidential campaign, contributing $1,581,706 in 2020, according to the Open Secrets website.

In addition, Facebook gave $483,566 to DNC [Democratic National Committee] Services Corp. Another $409,225 went to the Senate campaigns of Georgia Democrats Jon Ossoff and Raphael Warnock, who squeeked out victories on January 5.

In total, 92.2 per cent of Facebook’s $5.3 million in political contributions went to Democrats, according to the website.

It was a similar story with Google’s parent company, Alphabet, albeit with much higher numbers.

Of Alphabet’s $26.7 million in contributions, 94 per cent went to Democrats.

Leading the charge was Biden, whose campaign received nearly $4.4 million from Alphabet and its subsidiaries, according to Open Secrets. Donations to DNC Services Corp. exceeded $2.2 million.

The Democrats’ Senate Majority PAC collected $993,614 from Alphabet and its subsidiaries, whereas Democratic Senate candidate Ossoff was given a $1-million boost.

By targeting Facebook and Google in the wake of the Keystone XL pipeline cancellation, the Trudeau government is hitting two of Biden’s key campaign contributors.

The lobbyist and the regulator

In recent months, the minister of Canadian heritage, Guilbeault, has been fending off criticism over email correspondence between one of his department’s senior officials and Facebook’s top lobbyist in Canada, Kevin Chan.

The emails were released by the NDP’s Boulerice and were covered in the Toronto Star.

In response, the non-profit Friends of Canadian Broadcasting declared that Canada’s director general of broadcasting, copyright, and creative marketplace, Thomas Owen Ripley, “volunteered to help Facebook’s lobbying arm poach executives from the Public Service at precisely the time that his office was drafting legislation that would have major impacts for Facebook.”

“Incredibly, Mr. Ripley saw no problem with Facebook’s suggestion that these staffers return to public office after a short stint at Facebook, so that they could resume regulating the company that had just paid them handsomely,” Friends executive director Daniel Bernhard wrote in an October 29 letter to Guilbeault. “Furthermore, the documents suggest Mr. Ripley and Mr. Chan subsequently met to discuss the Yale Report, which was released less than two weeks prior to the communication in question.”

Moreover, Bernhard alleged that “the appearance of a cozy, undisclosed relationship between Facebook and senior officials in your department could undermine public confidence.”

“This would be most unfortunate, since you have spoken commendably of the need to regulate companies like Facebook, so they pay taxes, pay content creators fairly, and are held legally liable when they publish and broadcast illegal content,” Bernhard declared.

In late January, Guilbeault told the Commons heritage committee said that he saw no problem with what had occurred, arguing that “sharing publicly available information is not a reprehensible act.”

Chan told the committee that there was no attempt to recruit from the department in charge of regulating Facebook.

But now, with Guilbeault talking of an alliance with other western democracies against Facebook, he’s helping diminish any perception that he’s in CEO Mark Zuckerberg’s back pocket.

Meanwhile, the Canadian Media Concentration Research Project has estimated that Google has a 50 per cent market share of online advertising in Canada.

Its Canadian revenues reached $4.8 billion in 2019, whereas Facebook’s revenue in Canada that year was around $2.6 billion, according to the CMCRP.

“Collectively, they accounted for 80 per cent of online advertising revenue while their share of total ad spend across all media reached 45 per cent last year,” it stated in its 2020 report.

The Liberal government has done nothing to reverse this trend, much to the detriment of Canadian media companies. In Vancouver alone, the city has lost the Vancouver Courier, West Ender, Xtra West!, Star Metro Vancouver, and Asian Pacific Post newspapers in recent years. That’s to say nothing about significant layoffs at other Vancouver newspapers still in business.

Back in 2017, the Commons heritage committee issued a far-reaching report in response to this disruption taking place in Canada’s media landscape.

Chaired by Vancouver Centre MP Dr. Hedy Fry, the committee’s 20 recommendations included a call to only allow tax deductions for digital advertising on Canadian-owned platforms. That would have meant that there would be no deductions for ads on U.S. platforms, such as Google and Facebook.

The Trudeau government never implemented that recommendation. At that time, it was negotiating a new trade deal with the Trump administration.

In addition, the committee recommended in 2017 that the federal government “level the playing field among industries publishing Canadian news, on all platforms, by ensuring that foreign news aggregators, which publish Canadian news and sell advertising, directed to Canadians, are subject to the same tax obligations as Canadian providers.”

In yet another recommendation to assist the Canadian media industry, the committee called upon the government to halt advertising on CBC and Radio-Canada digital news platforms. This was also spurned.

But now, in the wake of the cancellation of the Keystone XL pipeline, the Trudeau government has suddenly become interested in forcing Facebook and Google to pay for news content from Canadian publishers.

And this initiative is being led by Guilbeault, a former high-profile environmental activist and pipeline critic from Quebec.

Tomorrow, don’t be surprised if Trudeau hears directly from Biden what he thinks about this idea, given the role that Facebook and Google played in helping the Democrats seize control over the U.S. Senate.