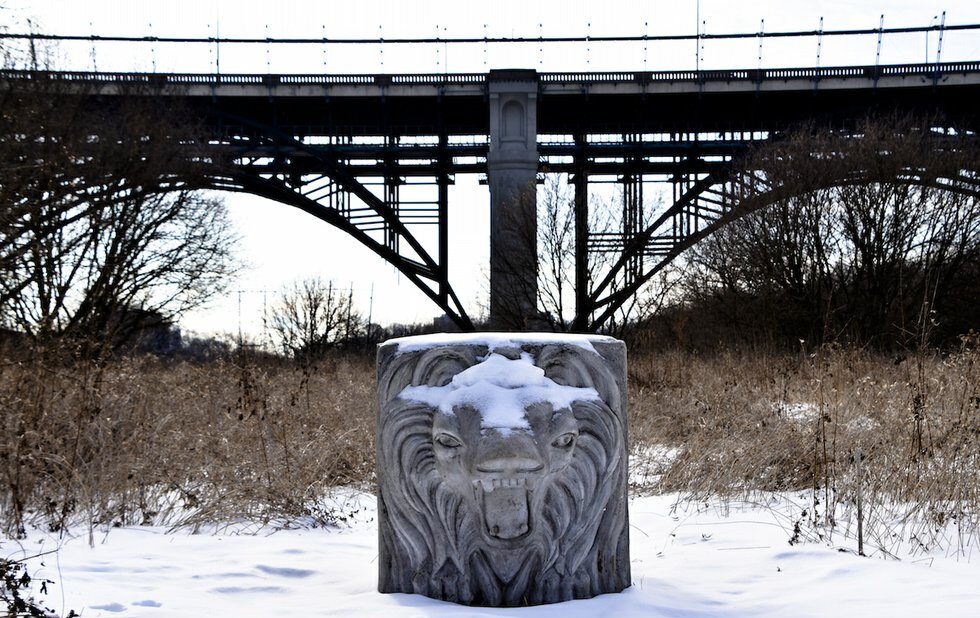 What  Monsters For Beauty, Permanence And Individuality by Duane Linklater.

Where Lower Don River Valley Park between the river and the trail north of the Prince Edward Viaduct.

Why To represent the tsunami of destruction and renewal that’s swept through the city and Don River over two centuries. The Omaskêko Cree artist from Moose Cree First Nation found his inspiration for his sculptures in a panorama of Toronto buildings that were built of brick after the great fire of 1904 and featured in the book, Building for Beauty, Permanence and Individuality, that was published by the Don Valley Brick Works sometime in the 1920s. (The panorama is displayed on a wall at Evergreen Brick Works.) 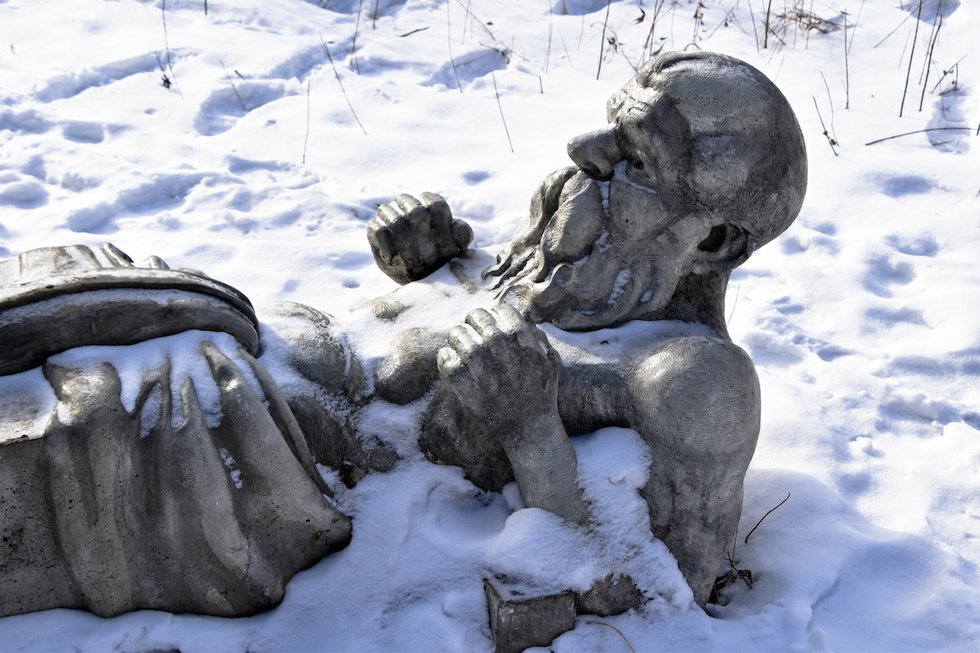 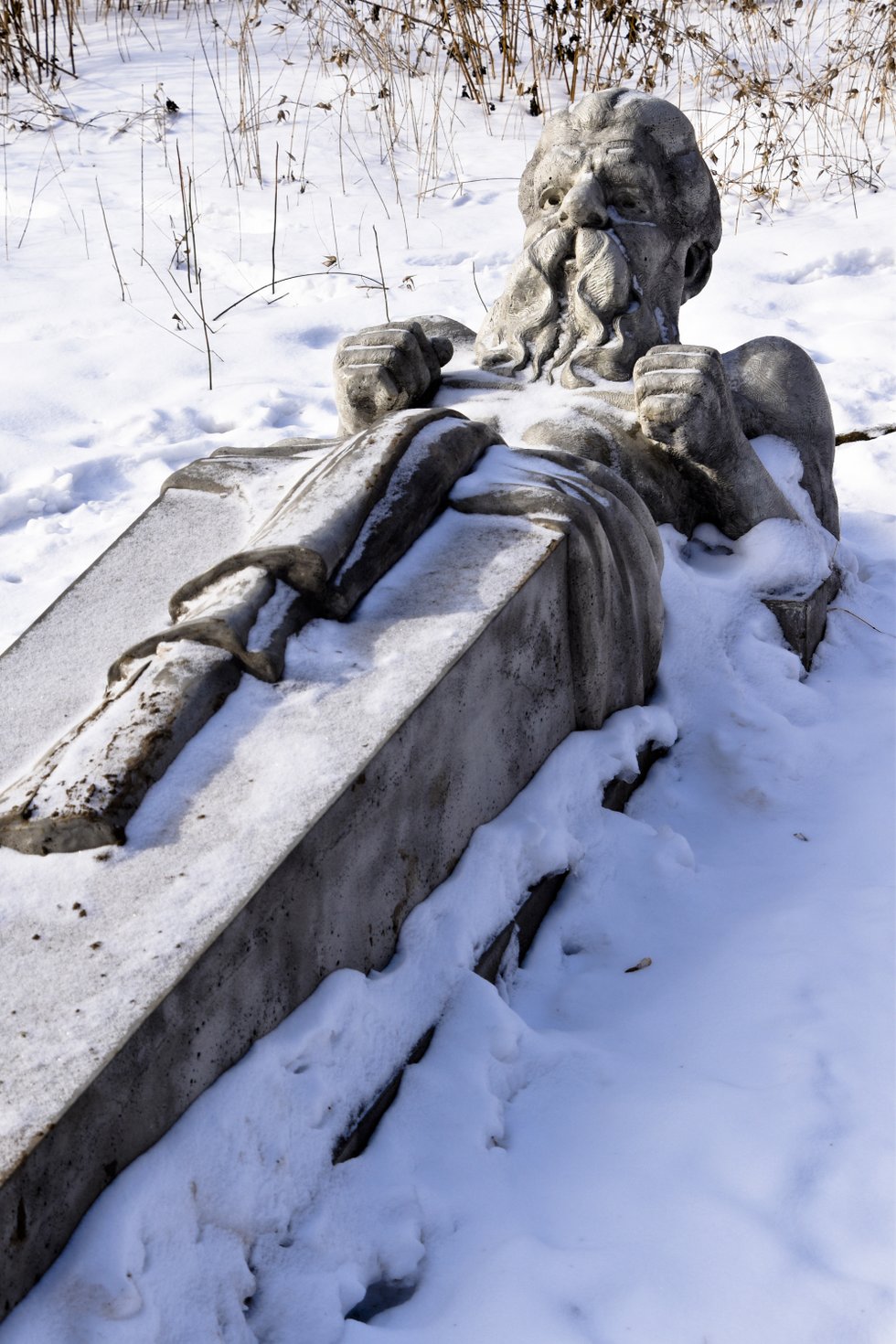 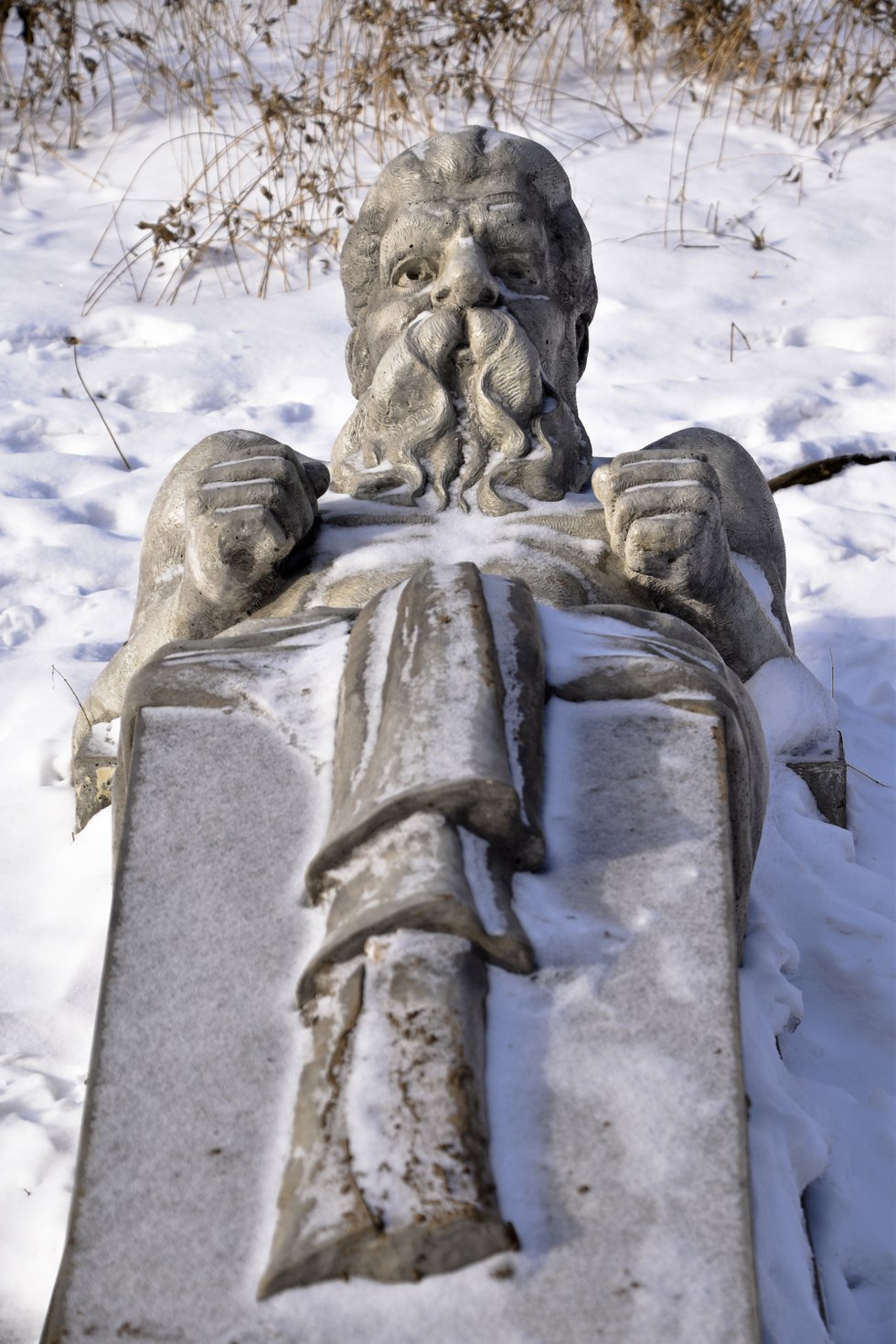 Linklater hunted the city with his camera looking for the late 19th and early 20th-century buildings so he could photograph the gargoyles, grotesque faces and animals that adorn them. His photographs were transformed into replicas of polystyrene and clay, then made into moulds of urethane and fibreglass then cast in concrete. The heaviest weighs a couple of tonnes. 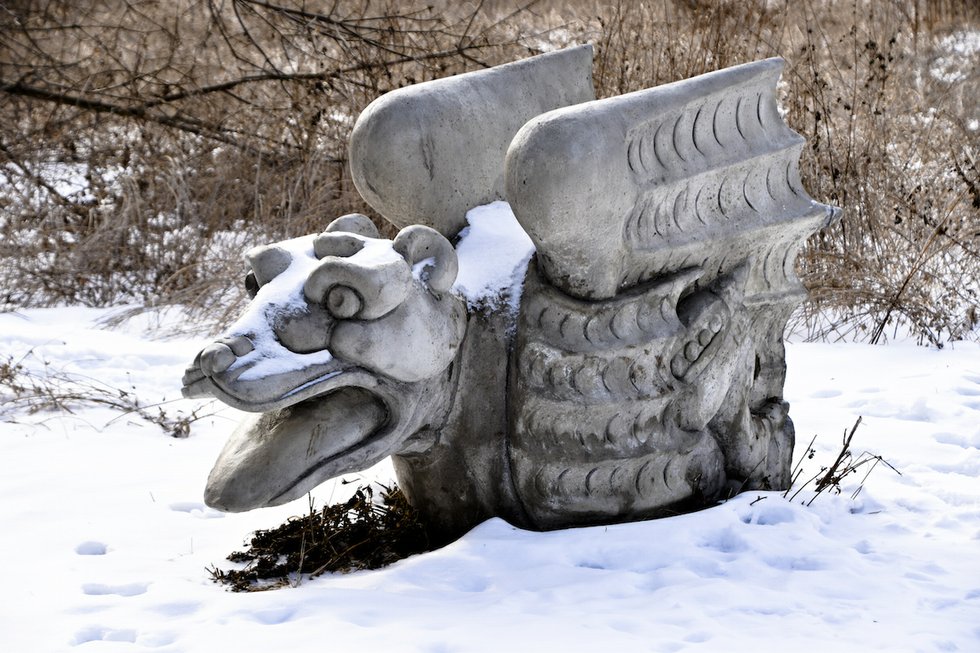 According to the program’s curator, Kari Cwynar: “Duane was the first artist we invited because of how he engages in his work with Indigenous histories in subtle, complex and unexpected ways. We felt it important to foreground the Don Valley as Indigenous land and draw out important stories embedded in the landscape and the city.”

Around 13,000 years ago the retreat of glaciers drained Ice Age Lake Iroquois and exposed the Toronto plain. First Nations people moved onto this new land, living by hunting and eventually by fishing and farming. 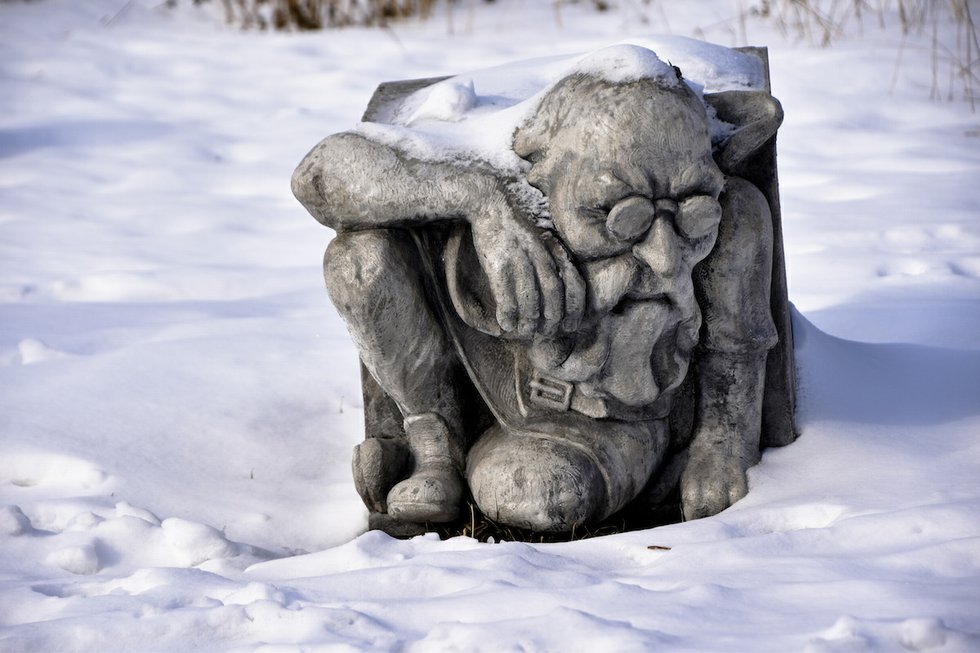 In 1793, six years after representatives of the British Crown and of the Mississaugas signed that fraudulent land deal, the Toronto Purchase, John Graves Simcoe founded the town of York which became the city of Toronto in 1834. Over less than two centuries a natural environment that had evolved through millennia was deforested and turned to agricultural land before giving way to urbanization, suburbanization and industrialization. 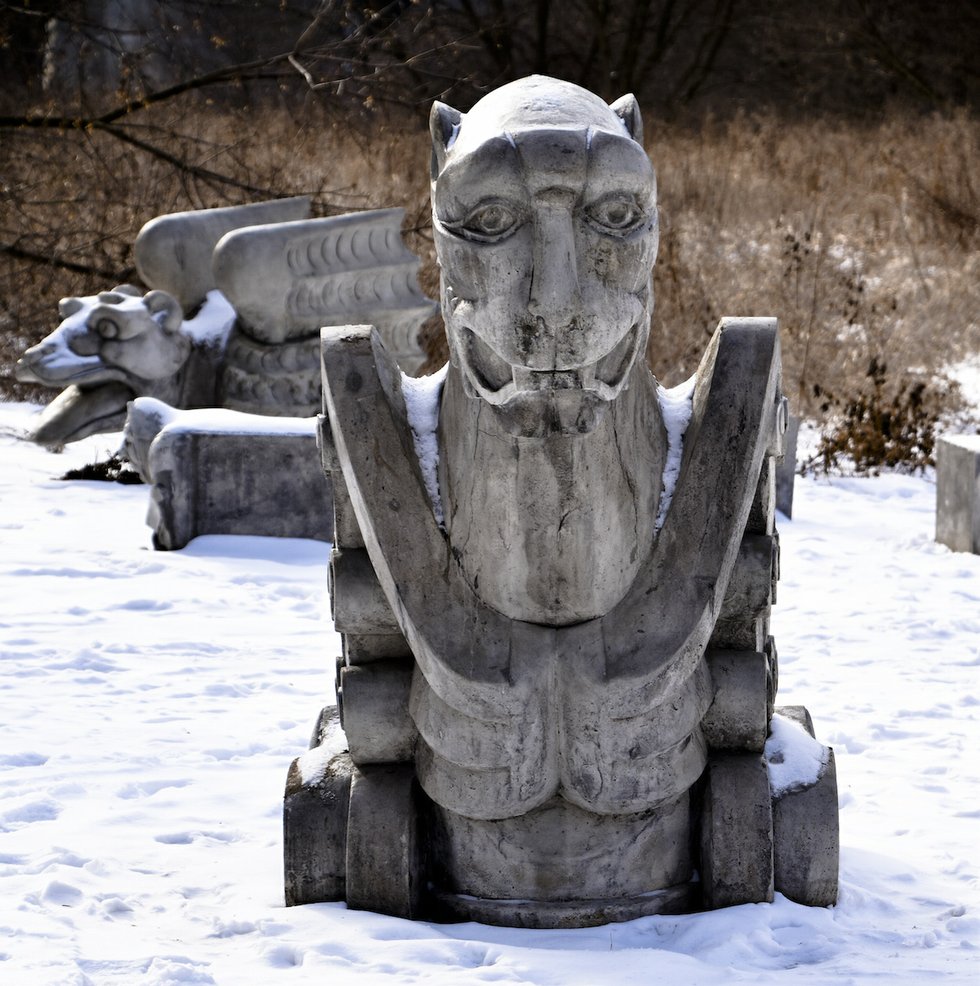 Through these centuries of riverine desecration, the ever-growing city was demolished and rebuilt, over and over. Toronto and the Lower Don were like a parchment that’s written on, scraped clean and written on again, leaving behind, only traces of a past that can be hardly read.

Out of that, the Monsters sculptures sit like refugees from the city and far from the lofty heights they used to occupy, yet still trapped in concrete between the Don Valley Parkway and the Bayview Extension. 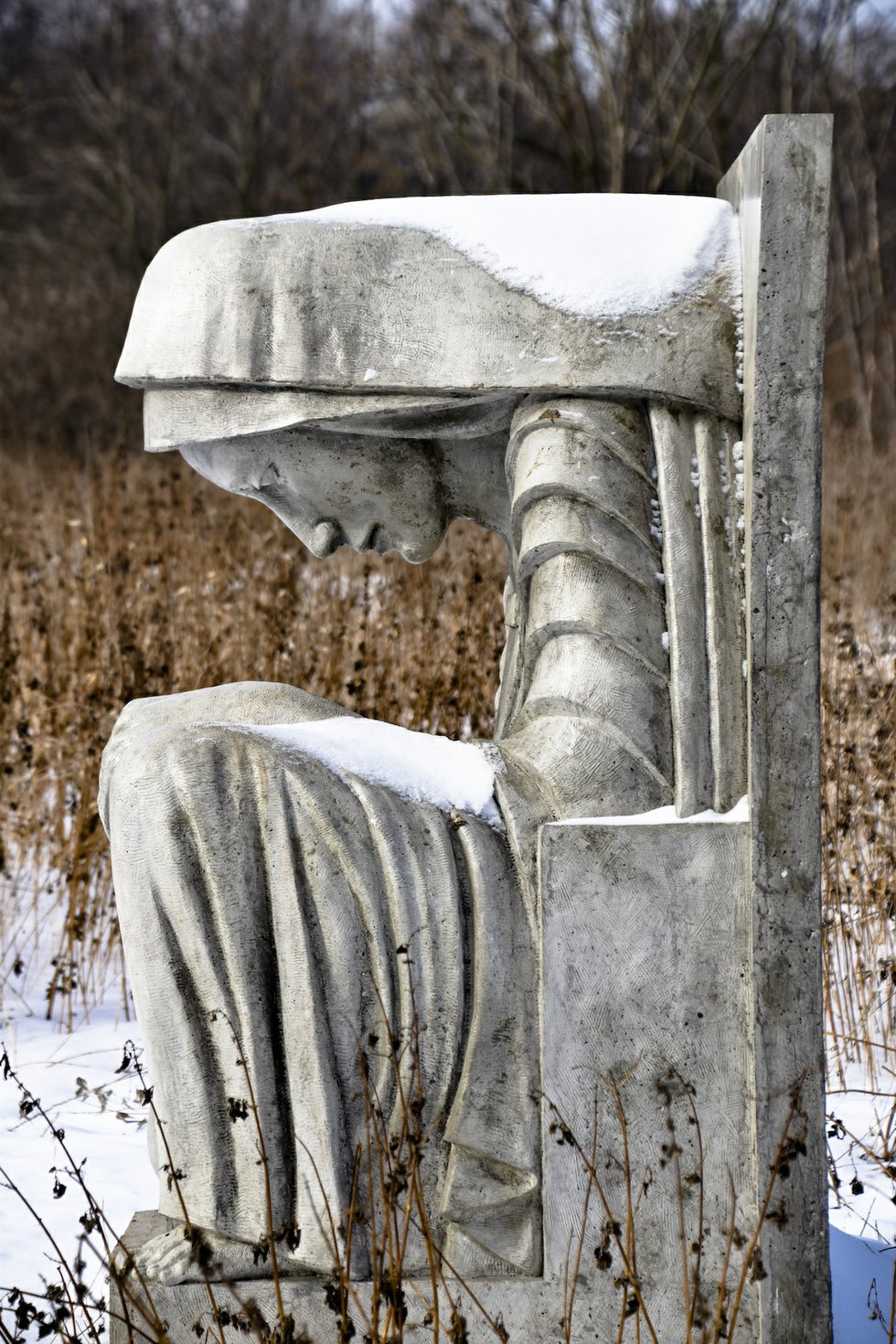