Was homosexuality really decriminalized in 1969?

“Decriminalization” is not the appropriate term to describe changes made to homosexuality laws in 1969, yet the mythmaking continues – including with the help of major LGBTQ2 organizations 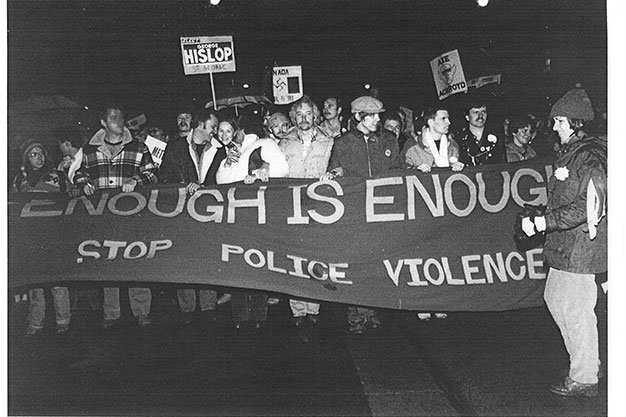 Throughout 2019 there have been various celebrations commemorating the 50th anniversary of the 1969 Criminal Code reforms decriminalizing homosexuality. Only, Canada did not decriminalize homosexuality in 1969.

In 1981, more than 300 men were arrested at four Toronto gay bathhouses in a project dubbed Operation Soap by police.

This six-month investigation and resulting mass arrest involved 200 police officers and had the blessing of Crown prosecutors. In the trials that followed, dozens of men were convicted under the “practice of acts of indecency” section of the bawdy-house laws in the Criminal Code. How could so many people be arrested and convicted more than a decade after the so-called decriminalization of homosexuality?

The answer to that question is that no laws related to homosexuality were repealed in 1969. A limited exception was added to the Criminal Code for the offenses of buggery or gross indecency – provided the acts took place in private and those involved were over 21. Homosexual acts remained defined in law as a crime. As a result, the number of LGBTQ2 people who were charged with Criminal Code offenses involving consensual sex actually increased after 1969.

A partial first step? A limited legal exception? Whatever it was, “decriminalization” is not the appropriate term to describe what took place in 1969. Yet, the mythmaking has continued nonetheless, including with the help of some major LGBTQ2 organizations.

The Department of Canadian Heritage doled out $2,177,193 in grants to various LGBTQ groups across the country to celebrate decriminalization.

According to documents obtained under Access to Information, Egale Canada Human Rights Trust received $771,240 for a travelling photo exhibit and documentary film to mark the “legalization” of homosexuality. Legalizing Love: The Road To June 27, 1969 (later rebranded Sex, Sin & 69) premiered in Toronto in June and was shown at various pride festivals across the country.

Pride Toronto received a grant for $250,000 from Canadian Heritage to celebrate 1969.

Pride’s application for its grant also adopts the term “legalization” to describe the Criminal Code changes and indicates that their funds will be used to highlight “notable figures in Canadian activism and politics that made legalization possible.”

The application goes on to state that Canada was “the first country in the First World to decriminalize homosexuality and marks a significant period in Canada’s history when it took a step for which the rest of the developed world followed.”

This is simply not true.

The limited reforms of buggery and gross indecency in 1969 were copied from the British, who passed their own reforms in 1967. Other European countries decriminalized years before.

According to the Department of Canadian Heritage website, grant applications were evaluated in part based on how a project “enhances knowledge and understanding of the shared history and values of Canada.” This raises serious questions about the vetting process undertaken at Canadian Heritage.

When funding to Pride Toronto was announced on November 24, 2018, it was alongside additional money provided by the Department of Public Safety, increasing the total grant to $450,000. Public Safety’s involvement was due to the project’s proposed engagement with various police agencies.

“We are also working with law enforcement and will be working with forces that participate in Prides and are particularly targeting police services in celebration,” states Pride’s application.

It’s a bit ironic considering Pride Toronto was formed in the aftermath of the 1981 police raids and was a protest against the continued criminalization of the LGBTQ2 community. And why should the police, who actually opposed the 1969 Criminal Code reforms, be so central to this celebration?

Pride’s application outlines plans for “a number of panels and other roundtables inviting notable figures to talk to our festival-goers about this notable period in our history.”

In the 2019 Pride Guide, however, the only mention of decriminalization is for an event hosted by Egale and an advertisement placed by the Canadian Mint for a special edition loonie. Instead, Pride Toronto adopted a theme commemorating the 1969 Stonewall Riots in New York City.

The celebration of decriminalization in 1969 continues to be fraught with problems, and not just because it is based on a myth.

Tom Hooper is an historian of LGBTQ2 criminalization in Canada and a member of the Anti-69 Network.