Now that we’re in a legal market, many of the cannabis products we know and love are considered contraband – here are a few hacks 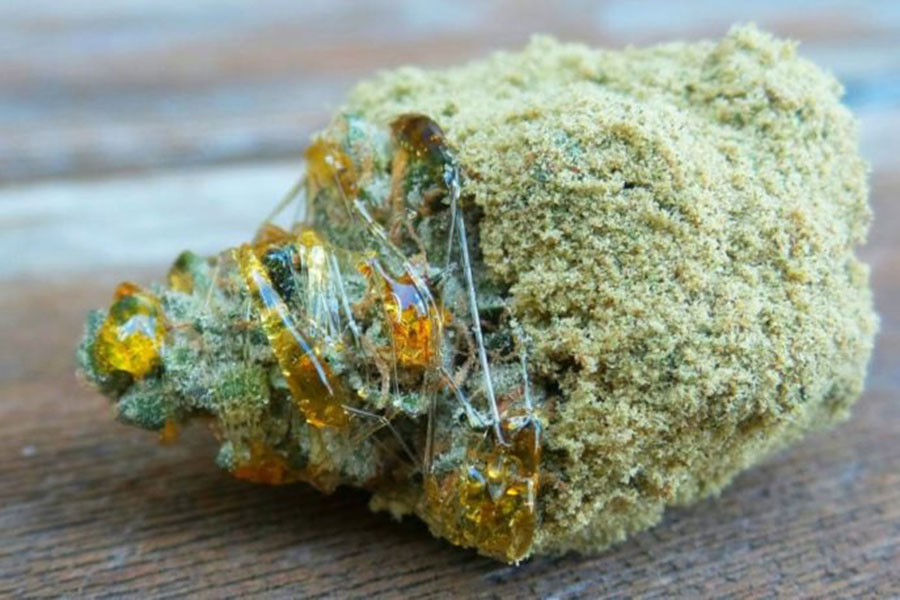 You can make your own Moon Rocks with cannabis, honey oil and a dusting of hash. Photo credit: alchimiaweb.com

Before legalization, Toronto had more than 200 cannabis dispensaries, rivalling Pizza Pizza and Starbucks.

There were no official restrictions on products, and we had everything from cannabis-infused ice cream and guacamole to pot-powdered gravy. Now that we’re in a legal market, many of the products we know and love are not legal for a variety of reasons.

Health Canada is currently reviewing regulations. Still, there are a few cannabis concoctions that you can’t get under legalization, but you can still make on your own.

To the Moon Rock

Solution You can make your own Moon Rock joints easily with cannabis, honey oil and a dusting of hash. While pandemic trends like sourdough, home renos and home exercise were huge, why not just try making your own moon rock joint?

Edibles in Canada are limited to 10 milligrams per package, which means for heavy users you need to spend $50-plus to get high. Nobody wants to consume that many calories to get high, let’s be honest. Most edibles are hella sugary, with some consumers reporting consuming up to 20 a day to feel anything.

Solution Save your money, save your waistline, just buy some cannabis oil instead. You can use high CBD and THC oils to create your own ratios without breaking the bank.

Bulk up on concentrates

While you can now buy up to 4 grams of hash in bulk in Ontario, there’s no finding HQs of premium hash rosin. It turns out that’s because of this dumb rule that states concentrates can only be up to 1,000 milligrams of THC per package.

That means that if you’re buying more than a gram of hash it’s basically the equivalent of shitty export hash dubs at less than 25 per cent THC. In Europe the average potency of street hash is under 20 per cent.

But why would you smoke a concentrate that’s not actually concentrated?

Cannabis edibles have to be “shelf stable” for up to 6 months, and go through heat accelerated lab stability testing to prove they’re up to snuff.

But labs don’t know how to consistently test for THC in edibles, which is holding up the launch of many products in a crowded market.

While we all want to eat cannabis empanadas, we may have to stick to astronaut food in the short- term – freeze-dried stuff, dried fruit and don’t forget beverages. Chocolate has been a gong show for shelf stability. We need more savoury snacks. Like, where is the trail mix?!

Solution Bake your own with oil! Freshly baked is always better than a six-month shelf-stable cookie that tastes like sand.

Flavoured vapes that are a cut below

Health Canada is threatening to delist all of the fruity flavours in cannabis vapes that appeal to children. They’re basically taking the same approach as nicotine vapes.

We don’t know the long-term effects of inhaling botanical terpenes in high concentrations, so Health Canada is proposing limits on how much you can cut cannabis distillate with flavour.

The industry is hella pissed, since terpenes are used as a cutting agent just like polyethylene glycol (PEG) or vitamin E that contributed to the vape scare south of the border.

Solution Expect proposed regs to come into effect to protect consumer health. Again, the illicit market will “win,” but it also sells conflict hash cut with who knows what.

Health Canada says that cannabis concentrates must be consistent all the way through for cannabinoid content.

The process of making “diamonds and sauce” involves “crashing” the THCA so that it crystallizes and a terpene-rich sauce forms around it.  Concentrate users love dipping diamonds in terp sauce for the ultimate dabbing experience, but all current legal variations are a sad blend. Licensed producers are forced to crush up the diamonds post-crash and mix them with the sauce – almost like putting it in a blender. Ever heard of terp slush before legalization? It’s because it wasn’t really a thing. It seems like LPs are trying to get creative – but like, WTF is souffle?

Solution Health Canada should probably change this silly rule so we can have Moon Rock joints and diamonds.