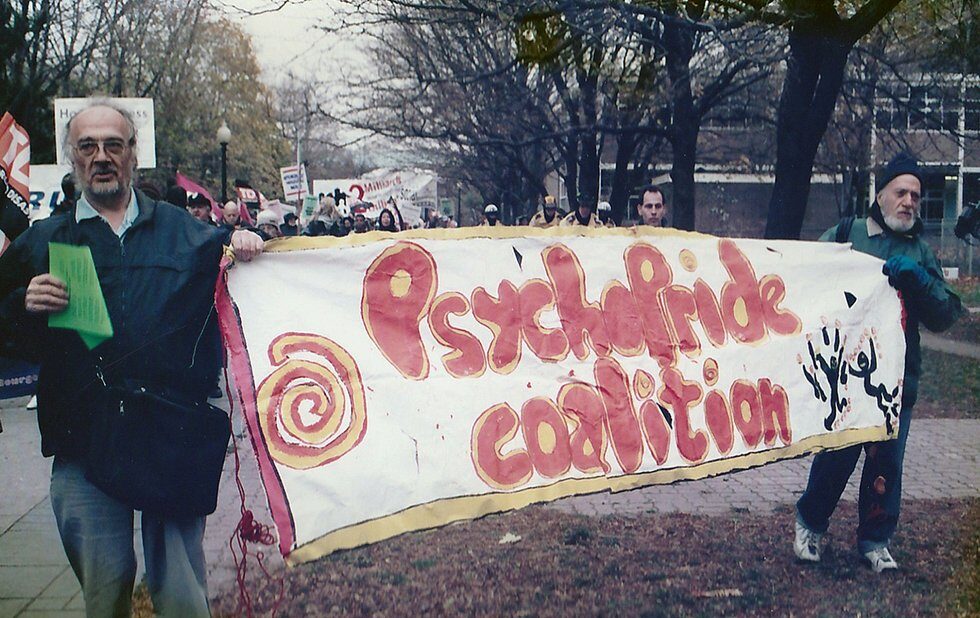 The body of Mel Starkman was buried on March 6 but his spirit should not be buried.

Mel was not only a close friend to me for more than 35 years, but a brother. We shared a number of life-changing traumas and victories. We both came from dysfunctional families that rejected us. And we are both psychiatric survivors. We participated in the Psychiatric Inmates’ Liberation/Antipsychiatry Movement and the Coalition Against Psychiatric Assault (CAPA).

I first met Mel in Toronto in 1980 when he walked into the On Our Own drop-in for psychiatric survivors, then located near Queen and Bathurst. He was an archivist at U of T. Mel soon became involved in CAPA’s activities and wrote for the On Our Own newsletter and magazine, Phoenix Rising.

In 1982, Mel was a major organizer of the 10th Annual International Conference on Human Rights and Psychiatric Oppression, the first time the conference was held outside of the United States. He worked tirelessly day and night making all the necessary arrangements for housing, food and conference rooms for approximately 125 participants.

That work took a heavy toll on Mel. Shortly after the conference, he became very stressed and was hospitalized for several years.

Shortly after he was finally released from Queen Street Mental Health Centre following years of public protests by activists in Resistance Against Psychiatry, Mel became active again. In 2001, with Geoffrey Reaume and myself, Mel co-founded the Psychiatric Survivor Archives of Toronto, the only Canadian archives controlled by psychiatric survivors.

Mel worked countless hours in the basement of the Gerstein Crisis Centre on Charles where the archives is housed, cataloguing and sorting hundreds of documents, including survivor stories and books, newsletter and journal articles, videocassette tapes and other materials. With psychiatric survivor and author Erick Fabris, Mel also trained a number of college and university students as volunteers and assistant archivists.

Many years after his release, Mel started speaking out about the electroshock treatments he received. In 2005, at a public inquiry into psychiatry, organized by CAPA, Mel gave riveting and graphic personal testimony on the shock procedure and its many devastating, permanent effects, including the permanent memory loss and other intellectual disabilities that he and many other shock survivors suffered.

In his many private and public criticisms of “shock doctors” and psychiatry, Mel was understandably emotional but totally credible and compelling.

Mel was also an outspoken advocate and powerful voice for supportive and affordable housing. He served as a board member of Houselink and the Edmond Yu Safe House in Parkdale, which was named after the former medical student shot on a streetcar by police and whose death raised important questions about police use of force and mental illness.

A few weeks before he died in Cedarvale Terrace nursing home, Mel and I briefly talked on the phone. He said he was “very sick” but would not explain or elaborate. A few of us offered what help we could.

Sometimes Mel would complain about the institutional food and medical care, other times he praised it. He told me that his relatives rarely visited. After his death, there would be no service, only a gravesite burial officiated by a rabbi who never met or knew Mel.

Mel was a mensch. He lived his life like the words of the great Welsh poet Dylan Thomas: “Do not go gentle into that good night… rage rage against the dying of the light.”