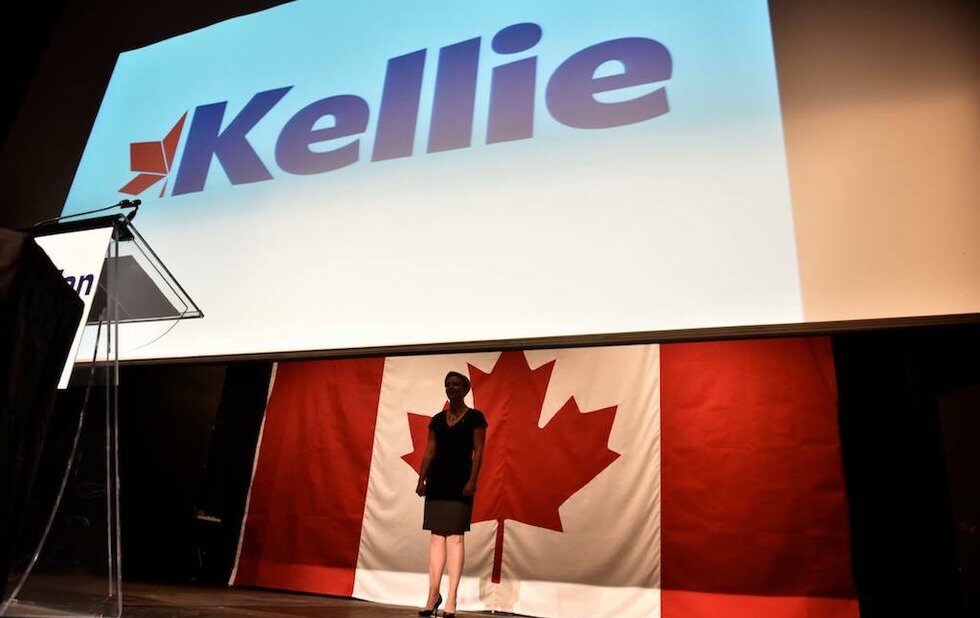 His failure to stop a crowd at a right-wing protest in Edmonton from chanting “Lock her up” in reference to Alberta Premier Rachel Notley on Saturday, December 3, has given them fodder for seemingly endless coverage.

Thing is, most of them missed the larger point. The real issue here is not Alexander’s failure to stop the chants. He told me personally he found the crowd’s reaction unsettling and wrong. No, the real issue is that elements of the Canadian right now feel empowered and enabled to make such ridiculous and offensive noises.

It would be wrong and naive to attribute such outbursts to the so-called “alt-right,” which doesn’t genuinely exist in Canada. The fascist right does have a presence, but it’s small and largely irrelevant.

But many people who would be appalled at, for example, Holocaust denial, racial violence or the Klan, buy into Fox News-type conspiracy notions and are obsessed with issues like gun ownership, abortion, political correctness and the loss of traditional power.

We misunderstand them at our peril.

One of the reasons Trump won was because the media and the liberal classes too often dismiss frustration and fear as extremist ignorance. Most Trump supporters aren’t fanatics.

In Canada, those susceptible to Trump’s message are fewer and have far less to complain about, but various people and institutions have come together to motivate them.

Politically, Tory leadership candidate Kellie Leitch is the main culprit, and it’s not hyperbole to say she is the most irresponsible mainstream politician in recent Canadian history.

It’s one thing for a French MP in Paris to worry about the country’s future after France has lost almost 250 people in the last two years to Islamist terrorism. But Canada has a largely moderate Muslim community, and our multicultural conversation, while not perfect, is arguably the most fluent in the world. Leitch, however, takes the approach that “if it’s not broken, let’s pretend it is.”

What’s so jarring is that Leitch was extremely close to the late Jim Flaherty, whom she cites as her political inspiration. While he was a fiscal conservative, Flaherty insisted to his inner circle that he would not accept intolerance. During the same-sex marriage debate, for example, he told an old friend of mine who worked for him that anybody with homophobic views was not welcome.

Leitch may not be playing the anti-gay card. She knows it’s a non-starter. But her people have convinced her that she can win the Tory leadership and the election if she adopts the ideas and strategy of Rob Ford and Donald Trump.

The man pulling the strings behind her campaign is Nick Kouvalis, who ran Ford’s campaign. According to party insiders, Leitch hardly makes a move without consulting him.

That, of course, was a reminder to the masses that she’s a surgeon. As one former cabinet minister told me, “Remind me, then, never to be under the knife if Kellie is the doctor!”

Party higher-ups tell me Leitch doesn’t believe a word of her “Canadian values” agenda. They says it’s a calculated gambit constructed by Kouvalis and his friends to get her elected party leader. Divide, divide, divide again and then pick up the pieces.

She implies there is a problem without specifying what it is, speaks of un-Canadian ideas and people but never refers to Islamist radicalism. When people rightfully criticize her, she dismisses them as elites. This from a wealthy and highly educated medical doctor.

Problem is, to a degree it’s working. Her rivals for the Tory leadership are not an impressive bunch, and while there is a natural ceiling to her support, it could be sufficiently high to give her victory. Even if it doesn’t, however, it has mobilized a chunk of hard-right Canadians.

Those racist posters that turned up in East York recently surely wouldn’t have appeared a year ago and certainly not before Trump was elected and Leitch started legitimizing some of the moans of the raw right. Leitch may deny she is racist and Islamophobic, but the racists and the Islamophobes out there certainly don’t deny her.

Added to this is Rebel Media, the right-wing blog founded by the tireless and tiresome Ezra Levant. I’ve known the man for many years and worked with him at Sun News. He’s hysterical and often ridiculous, but his online venture is pulling in numbers and money.

It was Rebel Media that organized the rally in Edmonton that Alexander attended. I had lunch with Alexander the week before and advised him not to get involved. He said he didn’t really have much choice if he wanted to be Conservative Party leader.

Canada has historically managed to avoid the politics of extremes, but when you combine the decline in mainstream media with the rise of screaming online blogs and politicians who try to arouse the worst in people, the prognosis for conventional politics seems deeply worrying.