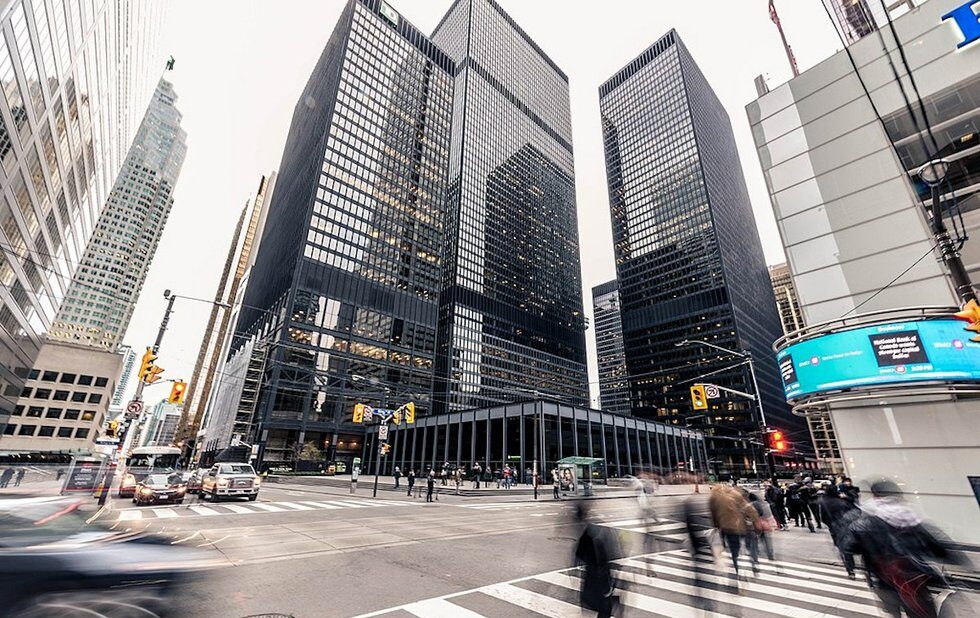 Since news broke that TD Bank had taken on Jeffrey Epstein’s banking business earlier this year, I’ve received dozens of emails and phone calls from TD customers and employees as well as survivors of sexual violence. Almost all of them have asked the same thing: What was TD thinking?

If you’re a wealthy felon – even a registered sex offender like Jeffrey Epstein – it seems the doors at TD Bank will still be open to you.

According to Bloomberg News, Canada’s second-largest lender took over Epstein accounts after Deutsche Bank dropped the American financier earlier this year. That was as U.S. authorities were preparing to lay sex charges against him for trafficking involving minors. He was arrested in July and died in his jail cell in August, reportedly in an apparent suicide.

It’s not the first time Epstein has been charged with sexual offences. He was convicted in 2008 on charges of procuring underage girls for prostitution, some as young as 14, and served 13 months in jail.

TD has yet to publicly comment on the Bloomberg report that it took over millions of dollars in cash and securities through dozens of private accounts held by Deutsche Bank for Epstein.

But bank executives would have known about Epstein’s previous conviction. The whole world did. They would have also known that Deutsche Bank had dropped Epstein after U.S. officials started to take a deeper dive into his financial dealings.

Those facts ought to have sent up an admiral’s fleet of red flags.

TD would have been aware, as well, that as a matter of law, all Canadian and U.S. banks must be alert to the possibility of money laundering. They are required to know who the client is and the source of their funds. I know from my previous career in financial services regulation that banking regulators take these obligations very seriously. They expect bank directors will do the same – although those regulations haven’t seemed to stop TD from taking suspicious money in the past.

The fact that TD would do business with one of the most reviled criminal figures of the #MeToo era shows a massive breakdown in the bank’s governance and compliance practices.

More than that, it is a terrible betrayal of Epstein’s victims and all other victims of sexual violence, who experience serious re-traumatization when incidents like this come to light.

That’s what happened recently when it was revealed that MIT’s Media Lab was continuing to do business with Epstein. With one hand, the prestigious Ivy League university took his charitable donations. With the other, they concealed that fact from the rest of the world. They even invented code words to help cover up his identity. A lot of people were shaken by that stunt. One commentator described the Lab’s actions as indicative of “moral rot.”

How will TD’s board like having its bank connected with that kind of ethical shame?

Despite the bank’s much-trumpeted statements on diversity and equality, TD’s board of five women and nine men is actually quite tone-deaf when it comes to #MeToo.

What TD has also missed is that the world has moved beyond the first #MeToo wave, which flooded our TVs and devices with an endless procession of celebrity predators. What’s coming into focus now is the fact that, at its core, a significant part of the trauma of sexual violence and sexual harassment is caused when institutions – governments, universities, law enforcement, the military and, yes, banks – fail to respond appropriately to these incidents. It’s called institutional betrayal.

Society must begin to view the animators of the “system” – corporations, the courts, governments, universities, law enforcement, the military and, yes, banks – through the prism of whether their actions help to heal or compound the trauma experienced by sexual violence and harassment.

As Joan Cook, a professor of psychology at Yale’s school of psychiatry and one of the world’s foremost authorities on sexual violence, told me in a recent interview, “When an institution that we believe should support and protect us fails to prevent or respond supportively to wrongdoing, that’s a significant betrayal that’s hard to digest.”

It would be an understatement to say that there is no room in Canadian banking for enablers of abuse. By taking Epstein’s money and conveniently ignoring the consequences, TD has brought discredit to its reputation and insulted millions of stakeholders.

TD’s board owes it to all those stakeholders to come clean. It needs to launch an investigation into the breakdowns at TD that allowed this to happen. And it needs to apologize to all survivors of sexual misconduct for the horrible missteps that occurred.

Kathleen Finlay is the founder of The ZeroNow Campaign to combat sexual violence. She formerly worked in Canadian securities regulation.