NOW MagazineNewsJordan Peterson and the politics of outrage

Jordan Peterson and the politics of outrage

Whether you're a supporter of the self-described free-speech crusader or not, we need to do better in how we disagree 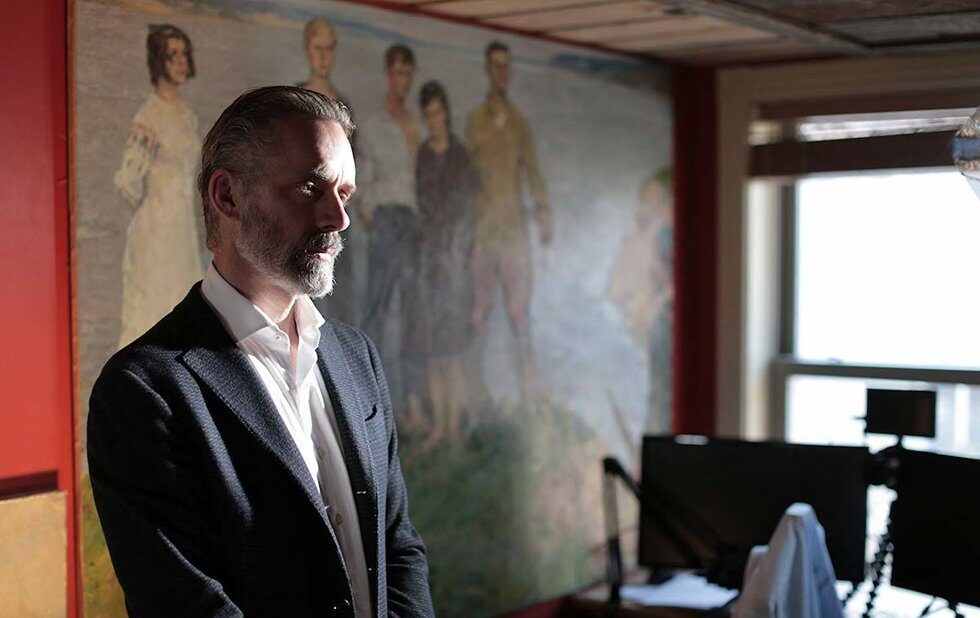 In late 2016, before Jordan Peterson became a rock star and was catapulted to international fame, I interviewed the University of Toronto psychology professor for my podcast The Dark Room.

He climbed the stairs of my grandmother’s front porch (my studio is in her living room) looking tired and frayed.

“How are you doing?” I asked before introducing myself.

“That depends on who you’re asking,” he replied oddly. I couldn’t quite get my head around that one.

At the time, Peterson was in hot water at U of T for refusing to refer to individuals according to their preferred gender pronoun. I wanted to speak with him to get a better understanding of his position, the ideas they are grounded in and also how, as a clinical psychologist, he found himself on the contentious battlefield of identity politics.

I invite many people on the show with whom I personally disagree (the show is not about me). The show is anthropological in approach.

Peterson stressed – and this spoke directly to my philosophical training and strong belief in open dialogue – that through the process of free debate there is always the potential to learn from one another and even more about ourselves.

That doesn’t mean we have to shed all we believe. But unlike the echo chambers online, which have become breeding grounds for hate, dialogue with those with whom we disagree does challenge us to think about our points of view.

For the most part, Peterson’s writing is not that controversial. It very much falls within the realm of existential thought. If it weren’t for the “political correctness” video he released on YouTube that got him in trouble, you might argue that Peterson’s ideas largely resemble the likes of Jung, Nietzsche and Leopardi.

I recently helped organize a screening of the documentary, The Rise Of Jordan Peterson, by Toronto-based filmmakers Patricia Marcoccia and Maziar Ghaderi. The documentary is a longer version of the one produced for the CBC program Point Of View in 2018.

It was scheduled to be screened at the Grand Gerrard Theatre on November 17. The screening was to be followed by an inclusive LGBTQ2-friendly roundtable. Perhaps, given the heated tension between both sides, it’s no surprise the event was cancelled.

In a text from theatre management I was told that “having people on both sides at the theatre would be a possible safety risk.”

This is the second time a screening of the documentary has been cancelled in Toronto, although it is now playing in a number theatres. We can shrug this off. But whether you’re a Peterson supporter or not, cancellation of the screening should be of concern to us all.

The war of words between Peterson’s detractors and supporters has reached such a fever pitch that both sides cannot be expected to sit peacefully in a theatre. At the slightest provocation, they might be at each other’s throats.

I’m not advocating pro- and anti-Peterson sides become friends. But, the more complex society becomes, the less likely we are ever to fully agree on anything. Where does that leave our democracy if we can’t figure out a way of living with each other?

The kind of hatred stirring the Peterson controversy only serves to destroy our humanity. If that part of us disappears, so do we. The unfortunate result will be that we are unable to think about anything we disagree with as other than a threat that must be eradicated.

What would become of us if the only films we are permitted to watch never challenge us to think?

The Rise Of Jordan Peterson may be misconstrued. “Rise,” after all, connotes strength, goodness, ascent to holiness. But the film is no Peterson manifesto. The voices of opposing sides are well-represented in it.

On the one hand are Peterson’s supporters, who contend our culture has accepted an “anything goes” attitude, where “radical” identities have become “normalized.” They also boast a rather crude view of free speech: speak your mind, even if it hurts others.

On the other are Peterson’s opponents, who take issue with his refusal to recognize the preferred pronouns of transgender people, and advocate for safe spaces, particularly on university campuses.

The film attempts to embrace both sides: those yelling at Peterson up-close, as well as showing Peterson in private moments that reveal his doubts about his place in the maelstrom swirling around him.

“We worked hard to give people on different sides the space and dignity to say their piece without vilification or oversimplifying the story,” says Marcoccia.

I return to that short exchange on the porch with Peterson often in my head these days. It reminds me that grasping where a person is coming from requires a patient analysis from multiple perspectives.

Despite several attempts to have him back on the show to talk existential philosophy, which his book is mostly about, I’ve not succeeded in getting in touch with Peterson. It’s like he’s been lost to the world. He has reportedly entered rehab to wean himself off anti-depressants. Though deified by many, Peterson is like us a mere mortal.

But the PR machine behind him continues to ramp up the dissension. Controversy sells but we need to do better in how we disagree. Outrage yields no social way forward.