Justin Trudeau’s dicey future and other key takeaways from #elxn44

Plus, Singh goes sideways, whither the PPC, the big liberal media lie and voter turnout trouble in our post-election notebook 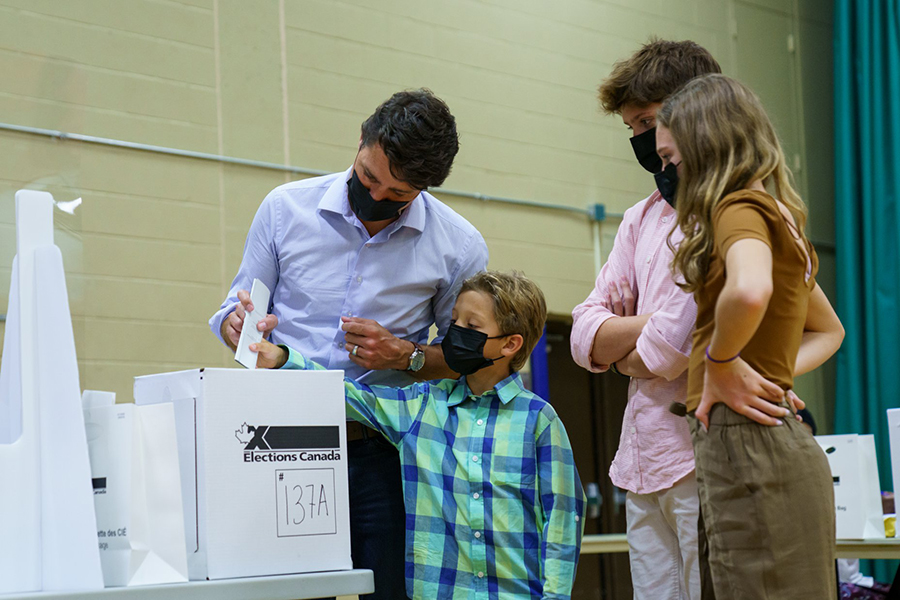 Trudeau at a crossroads

The narrative going into #elxn44 was that Liberal leader Justin Trudeau has to deliver a majority to keep his job. But he’s done enough to stay – at least for now – with the party winning two more seats than 2019.

Whether Trudeau will be the person to lead the party into a fourth election (whenever that may be) is the big question.

No federal party leader has done that successfully in 100 years. The average shelf life of a political leader in Canada tends to be about 10 years. Some editorialists are already writing about the clock ticking and Trudeau following in the footsteps of his father and taking the proverbial walk in the snow to weigh his future. To be sure, the Trudeau brand has been somewhat tarnished after six years in government. The Trudeau mystique is still (mostly) there but voter fatigue may be setting in when it comes to the Liberal leader.

It’s not beyond the realm of possibility that he stays on to fight another election. His father, for example, came back after leaving politics to lead the Liberals to power. But like the pandemic beard that set a more serious tone for the Liberal leader, Trudeau will need to remake himself – and his image – if he hopes to stay on long enough to build a legacy for himself.

A good place to start would be to throw away the scripted talking points and be more down-to-earth with Canadians. That approach worked well for him during the campaign. It’ll be his only saving grace.

May Day for the Green party

Green Party leader Annamie Paul’s fourth-place finish in Toronto Centre (after finishing second to Marci Ien in a 2020 by-election) has to rate as one of the more shocking turns in #elxn 44.

Paul’s political fate appears to be sealed now that she’s failed to win a seat. Paul’s highly publicized fight with her party’s executive council over charges of anti-Semitism involving her former executive assistant appears to be headed for a very bad ending. Former party leader Elizabeth May didn’t help Paul’s cause when she threw shade on the fact the party failed to run candidates in all 338 ridings this election. But don’t expect Paul to go quietly into the night.

The People’s Party rise in public opinion polls didn’t translate into any seats on election night. Despite supporters making a lot of noise at anti-mask and anti-vaxx protests during the campaign, the party only managed to interrupt the Conservative party’s chances in a handful of ridings in Ontario and Alberta.

Party leader Maxime Bernier was resoundingly beaten, yet again, in his home riding of Beauce where he lost by more than 6,000 votes. The CPC’s increase in the vote share from two to five per cent puts the party in line for federal subsidies, but right now the PPC remains more a protest movement than political party, owing much of its support to disparate groups, including extreme elements of the militia movement.

How that support will translate once the pandemic fades from public memory and is no longer a flashpoint of controversy remains to be seen.

The party relied exclusively on social media for its organizing during the campaign. Whether it will follow the trajectory of far-right parties in Europe and grows into something large enough to win a presence in parliament seems highly unlikely. The caveat here, of course, is that it’s supporters are not likely to go away anytime soon either.

By most accounts, NDP leader Jagmeet Singh made a good run of it in #elxn44. He still remains a likeable leader, but it’s not translating into seats.

The NDP won one more seat than they did in 2019, but spent twice as much and most of that on flying the leader around the country. A hint of frustration is beginning to surface among some NDP rank and file and riding associations on the leader-focused campaign and about there not being enough money in party coffers to mount any kind of ground game.

Singh certainly looks the part, but glaring gaps in the NDP platform and Singh’s sometimes shaky grasp of the issues are raising questions about whether he is the person to lead the party out of the post-Layton wilderness.

The party seems more intent for the time being on building its brand with Singh among the TikTok generation, many of who can’t yet vote. But at times during the campaign, the emphasis on social media as opposed to policy has made Singh appear unserious.

It’s a fave pastime of Conservative operatives and (it must be said) nincompoops among the party’s supporters, that there’s a liberal bias (small “l” and big “L”) among the members of the nation’s mainstream media. News flash: almost all the country’s major city broadsheets and tabloids endorsed Erin O’Toole for PM.

Like 2019, the Conservatives racked up the most newspaper endorsements. That would come as no surprise to most people given the fact that they’re owned by conservative-leaning Post Media. Many of the papers even wrapped their front pages with Conservative party ads on Election Day.

But how much newspaper endorsements mean anymore in the age of social media is the real question. Given O’Toole’s loss, the answer seems to be zero.

More than 5.7 million Canadians cast their ballots at advanced polls, and 1.3 million mail-in ballots were sent out. And there were long lineups late into the night on Monday at several polls. But overall, voter turnout was 59 per cent – some eight per cent lower than in 2019 and the lowest it’s been since 2008.

The pandemic had something to do with that. As did the fact most Canadians, polls tell us, didn’t want an election.

But just as the prospect of a Conservative government may have motivated Liberal voters to go to the polls, the tenor of the times may have discouraged others from voting. The general malaise is not a good sign for Canada’s democracy or trust in our institutions as our politics become more polarized and extremist sentiment fills the breach.

The suburbs around Toronto from Whitby to Oakville can be a Wild West come election time. And it looked like races in key Liberal-held ridings were going to turn into a nasty affair early on when signs started being vandalized.

But despite the high stakes this time around for O’Toole’s Conservatives, the 905 proved unusually quiet. Outside of Thornhill, the Conservatives were resoundingly shut out in Markham, Mississauga, Brampton, Vaughan, Woodbridge and Richmond Hill.

Enzo DiMatteo discusses the fallout from the 2021 federal election in the latest episode of the NOW What podcast, available on Apple Podcasts or Spotify or playable directly below: