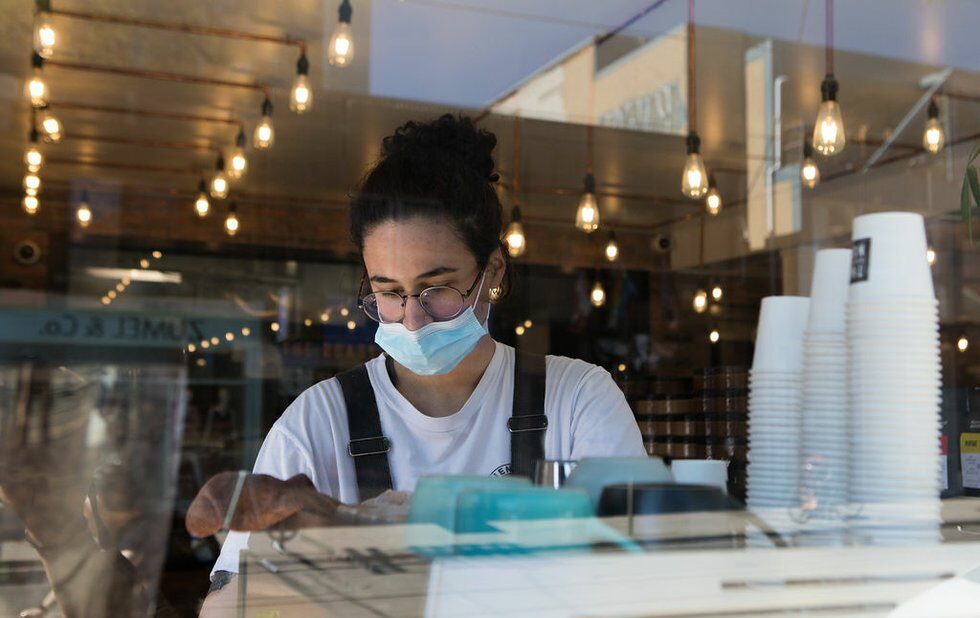 Toronto Public Health has reported 201 new cases of COVID-19, bringing the city’s total to 10,726. The increase is more than half the 383 new cases reported by the province since yesterday.

City council has approved the second phase of an affordable housing plan.

The housing will be built on six city-owned sites and will comprise between 1,455 and 1,710 new residential units, including between 1,060 and 1,240 purpose-built rentals, of which half will be affordable rental units.

The plan is part of Toronto’s larger HousingTO 2020-2030 action plan. Today’s vote means 47 per cent of the overall plan has received council approval.

The move means the city will construct a total of 40 kilometres of new bike lanes this year.

Councillors voted 23-2 in favour of the plan, which was accelerated in order to encourage Torontonians to practice physical distancing by cycling and ease public transit usage during the pandemic.

The plan will include bike lanes on University from Bloor to Adelaide streets and Danforth  from Broadview Avenue to Dawes. Existing Bloor West bike lane will be extended from Shaw Street to Runnymede.

Council approved the plan during its second virtual meeting since the start of the COVID-19 crisis.

“The media knew that the unions weren’t going in, but they weren’t reporting it,” Ford told reporters during his daily press conference. “I stood up here last week taking bullets for them. They have to be accountable too.”

The provincial government has faced withering criticism over conditions in long-term care homes after a damning Canadian Armed Forces into alleged cases of neglect was made public this week.

Ford also praised Ontario Public Service Employees Union (OPSEU) President Smokey Thomas, who he says got inspectors back into the homes. He added he understood the union leader’s challenges and that inspectors were concerned about their health.

There are 19 nursing homes in the province considered “code red,” long-term care minister Merrilee Fullerton said today. Those homes are struggling to contain outbreaks and will be inspected over the next three weeks.

When asked for the names of the homes, Fullerton did not answer.

She added that teams of provincial inspectors are now in all five care homes named in a Canadian Armed Forces report into cases of alleged neglect. All residents and staff in long-term care homes have been tested, she said, and a second round of testing is underway.

The province also released some stats on the efforts to curb COVID-19 spread in the long-term care sector:

Premier Doug Ford said today that the province is extending the mandate of the Incident Management System Long-Term Care Table. The group is composed of health-care professionals tasked with making immediate decisions around staffing, infection management and resources during the COVID-19 outbreak.

Dentists, chiropractors, massage therapists, optometrists and physiotherapists will soon be back to work.

The province has lifted restrictions on more than two dozen health professions as of May 27 under guidance from the chief medical officer of health once safety guidelines are in place.

“It’s important to note that this does not mean that all health services will be available on May 27,” a rep for the Ministry of Health said in a statement. “Rather, health regulatory colleges are now in the process of developing guidance to ensure high-quality and safe clinical care that must be met before services can resume.”

The colleges will also provide guidance on which services should continue to be provided virtually.

On March 19, the province ordered non-essential and elective services to stop or be reduced to a minimum as part of measures to preserve health-system capacity for COVID-19 patients.

The full list of regulated health professions that can resume once guidelines are in place is below:

The province has also surpassed its testing target, with 17,615 tests completed since yesterday. Another 11,868 cases are under investigation. Doug Ford’s government has aimed to complete 16,000 tests per day but has fallen short of that goal since May 17.

Another 34 people have died. The virus has now killed 2,189 people in the province.