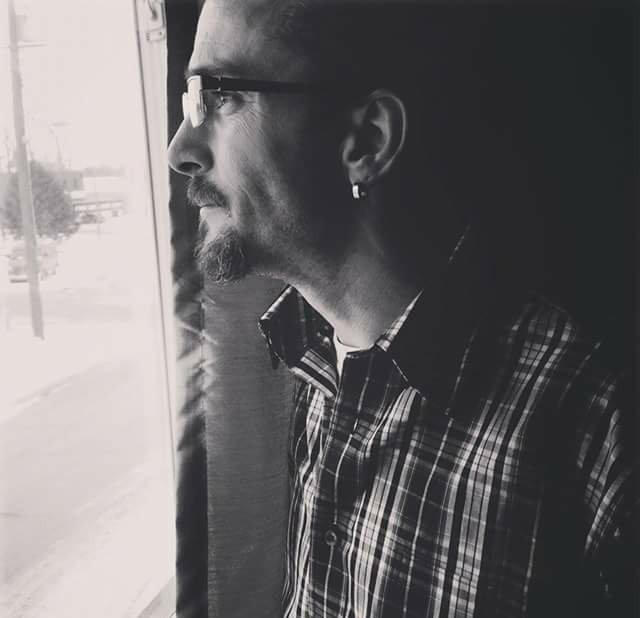 Chad Clarke says his nightmare and rebirth – he uses the two interchangeably to describe his experience with HIV laws and the justice system – made him stronger.

It started on February 12, 2009, when he turned himself in on an aggravated sexual assault charge brought by his former common-law partner. A judge found Clarke failed to disclose his HIV status.

He didn’t see the light until he walked out of prison more than two years later in June 2011, but his resurrection as an HIV activist could not have happened without the experience of prison, which led to his resolve to fight so no one would have go through what he did.

Clarke found himself face to face with high-level officials in the federal justice ministry last week, telling his story and reading the testimonials of others who say they have been unfairly treated by the Canadian justice system because of their HIV status. Clarke is part of the Canadian Coalition to Reform HIV Criminalization, a group of researchers, lawyers, service providers and people living with HIV who’ve come together to capitalize on recent momentum around getting HIV-related laws changed.

It’s a major reason why advocates are calling for an overhaul of the law. On World AIDS Day (December 1, 2016), the justice minister released a statement acknowledging that “the over-criminalization of HIV non-disclosure discourages many individuals from being tested and seeking treatment, and further stigmatizes those living with HIV or AIDS.”

Clarke feels vindicated after years of feeling alone. Over the phone from his home in Dresden, Ontario, following the meeting, he says, “I’m here to open people’s eyes and let them know what happens to people when they’re criminally charged.”

Behind bars, he told justice ministry officials, people living with HIV are branded dangerous to guards and other inmates. Once he was removed from his prison laundry job after a guard was concerned that he would “give AIDS” to other inmates by handling their clothes. “I just looked at the guard,” Clarke says.

HIV cannot be transmitted through clothes, saliva, touch or a toilet seat. HIV transmission requires an exchange of blood, semen, pre-seminal, rectal or vaginal fluids, or breast milk. It is most commonly transmitted through unprotected sex or sharing of injection drug equipment.

Though the federal government has begun to engage communities on how it might change prosecutorial guidelines to reflect up-to-date science and human rights principles around HIV, some provinces – particularly Ontario, where the bulk of prosecutions occur – continue to ignore further attempts at dialogue.

Police and Crown attorneys here have aggressively pursued aggravated sexual assault charges against people even when they don’t transmit the virus, says Ryan Peck, executive director of the HIV & AIDS Legal Clinic Ontario (HALCO). The group has been calling for a moratorium on prosecutions in the province except in cases of intentional transmission.

“This is a very reasonable approach, and a number of communities are speaking up about the current over-broad use of the criminal law,” Peck says, citing a recent consensus statement from 70 leading HIV researchers and academics.

Emilie Smith, a spokesperson for Ontario’s Ministry of the Attorney General, responding via email to NOW’s request for comment, says that the Ontario government “is committed to working with the federal government to examine the law on this important issue.”

But she says that Crown prosecutors will continue to take direction on current HIV non-disclosure cases from the 2012 Supreme Court of Canada ruling on R. v. Mabior. Critics say the ruling outlines too low a threshold for conviction. The ministry, she says, has no further comment on the request for a moratorium until the federal government and provinces can agree on prosecutorial guidelines on the issue.

Clarke continues to push forward, telling his story and calling for greater justice for those still caught up in the system.

“There are other people out there who are experiencing this right now,” says Clarke. “It choked me up at one point when I was reading one of the testimonies, because this is not right. It’s not right.

“I can live with my HIV. It’s the PTSD that I don’t like,” says Clarke, who recently went on medication “to be able to sleep through the night, not have nightmares about people dying or stabbing one another in jail.”

Clarke, who used to be an X-ray technician, must also live the rest of his life as a registered sex offender, which affects his ability to find work. “I can’t even volunteer at an old folks home. They’re going to do a vulnerable sector screening check, and my name is going to come up on the registry.”