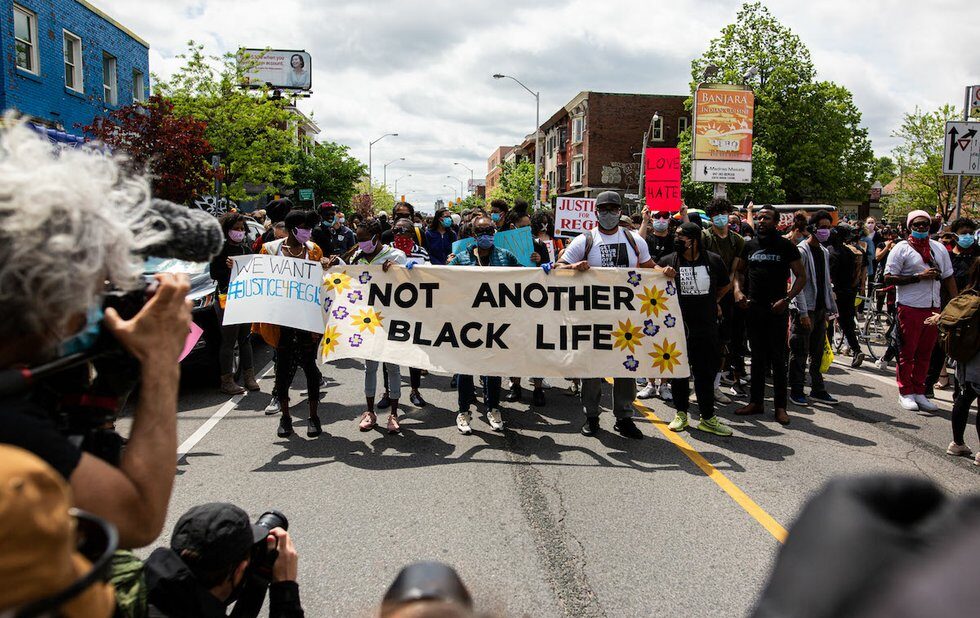 Not Another Black Life is organizing a sit-in to call for the defunding of the Toronto police on Friday, June 19.

The Abolish The Police Junteenth Sit-In will start at College and Bay near police headquarters at noon and end at City Hall at 6 pm.

Participants will be encouraged to practise physical distancing with x markers on the ground indicating where people and small groups of up to six people can sit. Organizers are also asking demonstrators to wear a mask and stay home if sick.

The group says the demonstration is happening in solidarity with Black Americans who will be celebrating Juneteenth, the oldest national commemoration of the ending of slavery in the United States, on Friday.

“We are occupying Bay Street for a peaceful sit-in and celebration of Freedom & Liberation, with demands to defund the Toronto police to abolishing the police,” organizers wrote in an Instagram post. “Full demands will be posted soon.”

Not Another Black Life previously organized an anti-Black and anti-Indigenous racism rally and march on May 30 following the death of Regis Korchinski-Paquet, who fell 24 storeys from her High Park apartment building while police were in her unit. The peaceful march attracted thousands of people. The group started in the wake of mass protests that sprang up across the United States over the police killing of unarmed Black man George Floyd in Minneapolis.

Several peaceful protests against anti-Black racism and police brutality have since taken place in Toronto, including last weekend.

Friday’s sit-in and march take place ahead of city councillor Josh Matlow submitting a motion to defund the $1 billion-plus Toronto police budget by 10 per cent. The motion is on the agenda for the next Toronto city council meeting on June 29 and 30.

There have been calls to defund police budgets across North America in the wake of Floyd’s death. Local politicians in Minneapolis have voted to dismantle the police department and Los Angeles city council met today to discuss cutting up to $150 million from the proposed 2020-2021 police budget.

In San Francisco, meanwhile, police will no longer respond to non-criminal calls involving mental health and homeless people. Instead, officers will be replaced with unarmed professionals, among other police reforms.