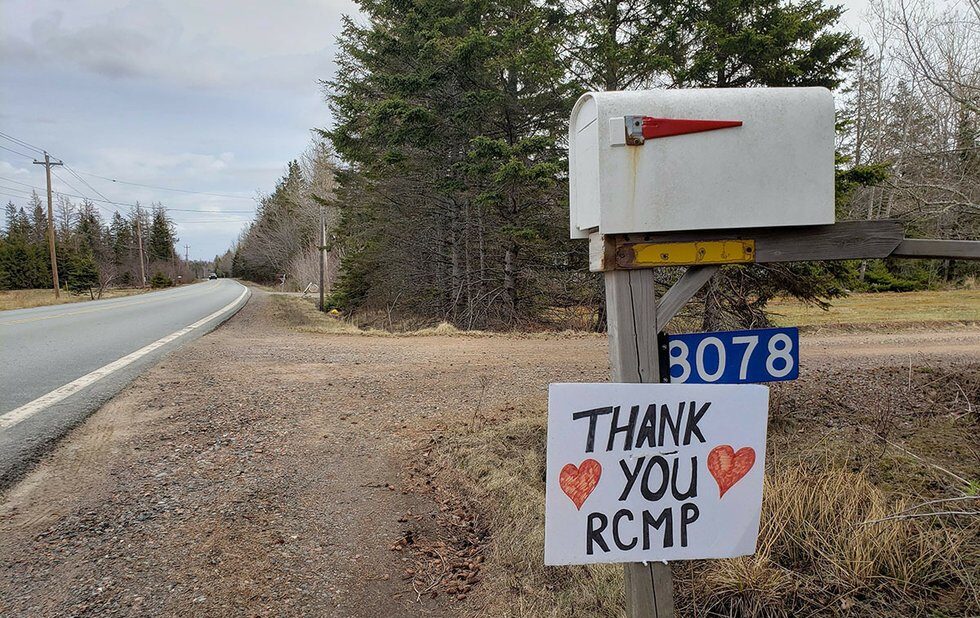 Nova Scotia mass shooter Gabriel Wortman may have been planning the deadliest killing spree in Canadian history as much as a year before he went on his murderous rampage.

According to a search warrant document released by a Nova Scotia judge on Monday, Wortman was purchasing equipment to outfit the look-alike RCMP cruiser used in his shooting spree from a Government of Canada surplus outlet and U.S. online auctions starting in the spring of 2019.

A witness interviewed by the RCMP in the court document also suggests high-powered guns used by Wortman in the shooting spree may have been acquired at gun shows in the U.S.

According to this witness, he met Wortman on numerous occasions at gun shows south of the border where Wortman was a frequent visitor. The document reveals Wortman drove to the U.S. at least once a month.

The witness said that Wortman “did a lot of shooting” in the Haynesville, Maine area.

The document also contains a long list of items purchased through RBC, PayPal and CIBC accounts in Wortman’s name between March and November 2019.

Among the items purchased were a “ram” bar for the front bumper of his RCMP knock-off, bars for the rear window, a “prisoner transport partition,” a siren, lights and radar equipment to monitor police traffic.

The document says that Wortman was also in email communication with Peter Griffon at the time. He’s the employee at a printing shop in Dartmouth where Wortman planned to buy RCMP decals to outfit his vehicle.

It has already been revealed that Griffon was on probation at the time.

Griffon, who had been serving a five-year sentence on cocaine trafficking and firearms charges, performed odd jobs around Wortman’s properties. He has recently been returned to jail, presumably for violating the terms of his probation.

Meanwhile, contradictions surrounding the case abound, adding to speculation about RCMP actions as the events were unfolding.

Those questions include how Wortman was able to elude a police dragnet when there was one road out of the town of Portapique, where his shooting spree began around 10 pm on April 18.

More recently, Global News revealed that Wortman was in the Portapique area, the scene of the first killings, for some 20 minutes after police arrived. Police had said earlier that Wortman had escaped about nine minutes after they arrived. They speculate he made his getaway driving his cruiser through a field.

The version of events leading up to the killing spree offered by Wortman’s common-law partner has also been brought into question.

The earlier version offered by the RCMP and court documents suggests that she was tied up after an argument with Wortman and escaped into the nearby woods as Wortman doused his cottage with gasoline and set it on fire.

She reportedly emerged at daybreak the next morning at the home of neighbour Leon Joudrey.

Joudrey has since stated publicly that she was “worked up and hysterical a bit” but that it didn’t look to him like she had spent the night in the woods.

He says that she arrived at his door shoeless and dressed in “black spandex” but not showing any obvious physical signs you would expect for someone who had spent the night hiding in the dense brush in the area.

“She might have been somewhere but she wasn’t in the woods all night from what I saw,” Joudrey said in a recent interview.

It’s one of the numerous contradictions that have surfaced in the RCMP version of events. What sparked Wortman’s rampage remains another.

On that front, a number of theories have been floated by anonymous police sources to different media outlets. Most of those begin with Wortman and his common-law partner at a get-together with friends. An argument breaks out between the two and things unravelled from there.

But it’s difficult to know for sure since provincial and federal Crown prosecutors have been keeping a tight lid on the release of information related to the case.

A number of media organizations led by the CBC have been locked in a months-long legal battle to have some 22 search warrants executed by the RCMP in the case released to the public.

So far seven of the 22 documents have been released by the courts, but all of them have been heavily redacted.

Prosecutors overseeing the case argue a complete release of the information may compromise the RCMP’s ongoing investigation. That legal battle has ended up in the Nova Scotia supreme court.

Prosecutors also now say that information offered by one witness in earlier released court documents is “erroneous.” But they’re not revealing which witness.

It all adds up to a delicate situation for the RCMP, which has had more than the fallout about its handling of the mass shooting to deal with. The families of the victims have filed a civil suit against the RCMP.

There are also growing questions around the leadership of RCMP Commissioner Brenda Lucki following a number of high-profile racially-charged incidents of police violence – not to mention issues of transparency.

The National Police Foundation representing rank and file RCMP officers has its own issues. Among them, whether Wortman was ever investigated for firearms offences and if his reported history of domestic abuse was addressed by the courts or government agencies.

The group met with federal officials in Ottawa this week “to reiterate critical funding asks,” including for body-worn cameras.

Portrait of a “psychopath”

The portrait painted so far of Wortman is of a cop wannabe prone to violent outbursts who collected high-powered guns and liked to hide them on several properties he owned.

Other court documents suggest Wortman ran guns and drugs across the New Brunswick-Maine border, but the RCMP has had to issue a statement intended “to provide context” on that revelation made earlier this summer.

“In an investigation, not every piece of information that police receive is determined to [be] a corroborated fact or becomes evidence,” the RCMP says in a statement released July 30.

Other witnesses interviewed by police describe Wortman as a “psychopath” who was growing increasingly “paranoid” about the coronavirus. He withdrew some $475,000 from bank accounts in the weeks prior to the shooting.

In the court document released Monday, a longtime friend of Wortman goes further, describing Wortman as “bi-polar…” adding that “he could go both ways (sexually).”

Meanwhile, a public inquiry to review “the causes, context and circumstances giving rise to the tragedy,” has been slow to get off the ground.

The Liberal government just announced a third appointment to the three-person panel late last month. Terms of reference have been drafted. But an interim report isn’t expected until May 2022 and a final report not until November 2022.