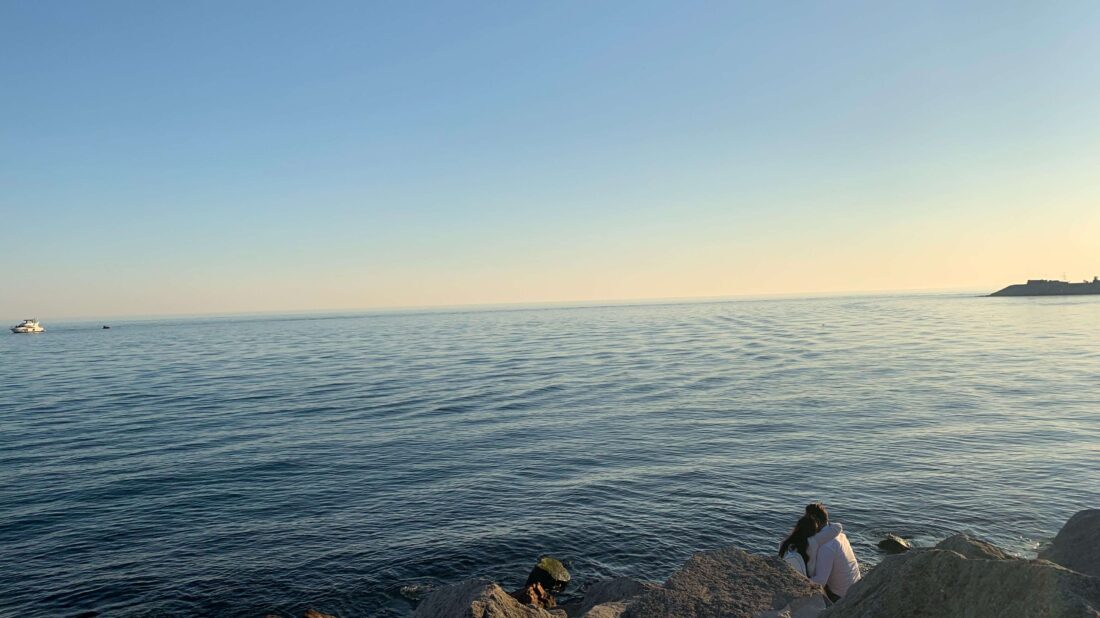 Staring out at Lake Ontario can be therapeutic.

With COVID-19 numbers surging and winter approaching, getting some outdoor exercise – preferably with something interesting to look at – is more important than ever. In this series, I explore some of the city’s parks, ravines and streets. This week: the easternmost part of the Scarborough Bluffs: Bluffer’s Park and Beach, which was crowded even off-season.

Having grown up in Scarborough, I had fond memories of childhood picnics along the Bluffs. So I had hoped to experience some Proustian flashback on this recent walk. What I didn’t realize was that the bluffs themselves cover 15 kilometres. And I had no idea how difficult it would be to find the place as a pedestrian, especially since the Bluffer’s Park 175 bus from Kennedy subway station ended its service in October and won’t resume until summer 2021.

Still, thanks to my Google Maps app, I took the Markham 102 bus from Warden station, getting off at St. Clair and Brimley and walking south for about 10 minutes. Just south of St. John Henry Newman Catholic High School (100 Brimley South) is a sign indicating Bluffer’s Park, with a little route to the west that you can walk or bike. What I realized later is that the actual Bluffer’s Park is down near the lake, which you access by continuing down Brimley, a long, steep road crawling with cars going in both directions. It’s a huge pain in the ass for a walker, and potentially hazardous.

If you have any mobility issues, don’t bother going to Bluffer’s Park unless you get on that Bluffer’s Park bus (during the peak season) or have access to a car. One good thing is that parking, at 1 Brimley South, is free this time of year (basically after Thanksgiving).

What’s there to see, and who’s there?

Walking atop the bluffs, via that subtle dirt pathway just past the Bluffer’s Park sign, was beautiful. There were a few joggers, lots of walkers, and the occasional cyclist (note: you need pretty thick tires because the path can get rocky and muddy).

Getting closer to the edge of the bluffs, the whole area is fenced off, with big orange signs warning you not to go past because of erosion. You can be fined up to $5,000 if you disobey, which didn’t stop dozens of people from climbing out and taking pictures. I wasn’t tempted, but consequently couldn’t get a good look at the lake and marina from up there. 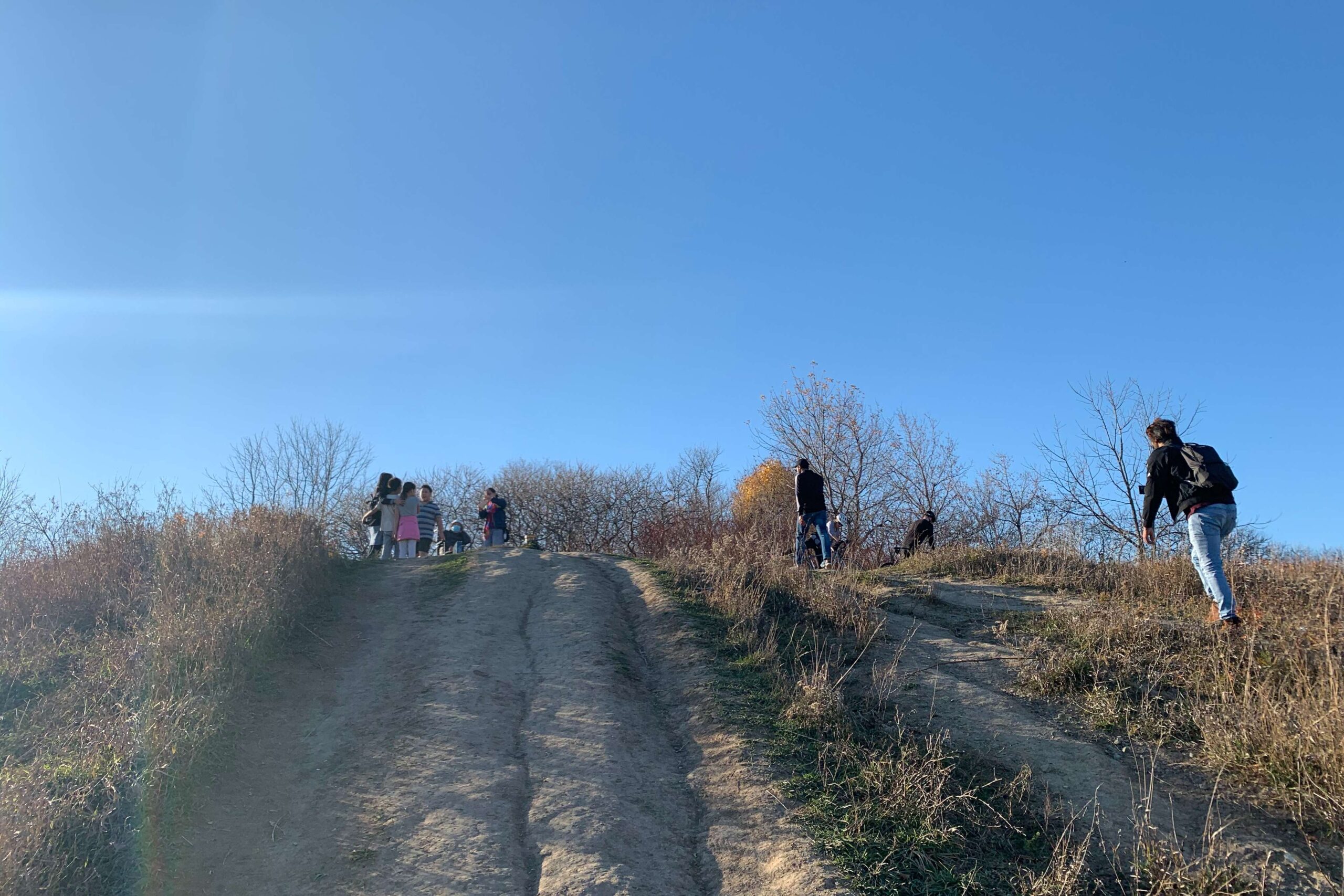 The upper part of the bluffs includes some pretty steep walking trails.

I walked a kilometre or two, which included a couple of steep trails, then came back to where I’d entered and continued down Brimley to the lake.

After you navigate the pedestrian-unfriendly entrance, which is dangerous for walkers, you can head down to the lake, either along the marina (west) or the beach (east). 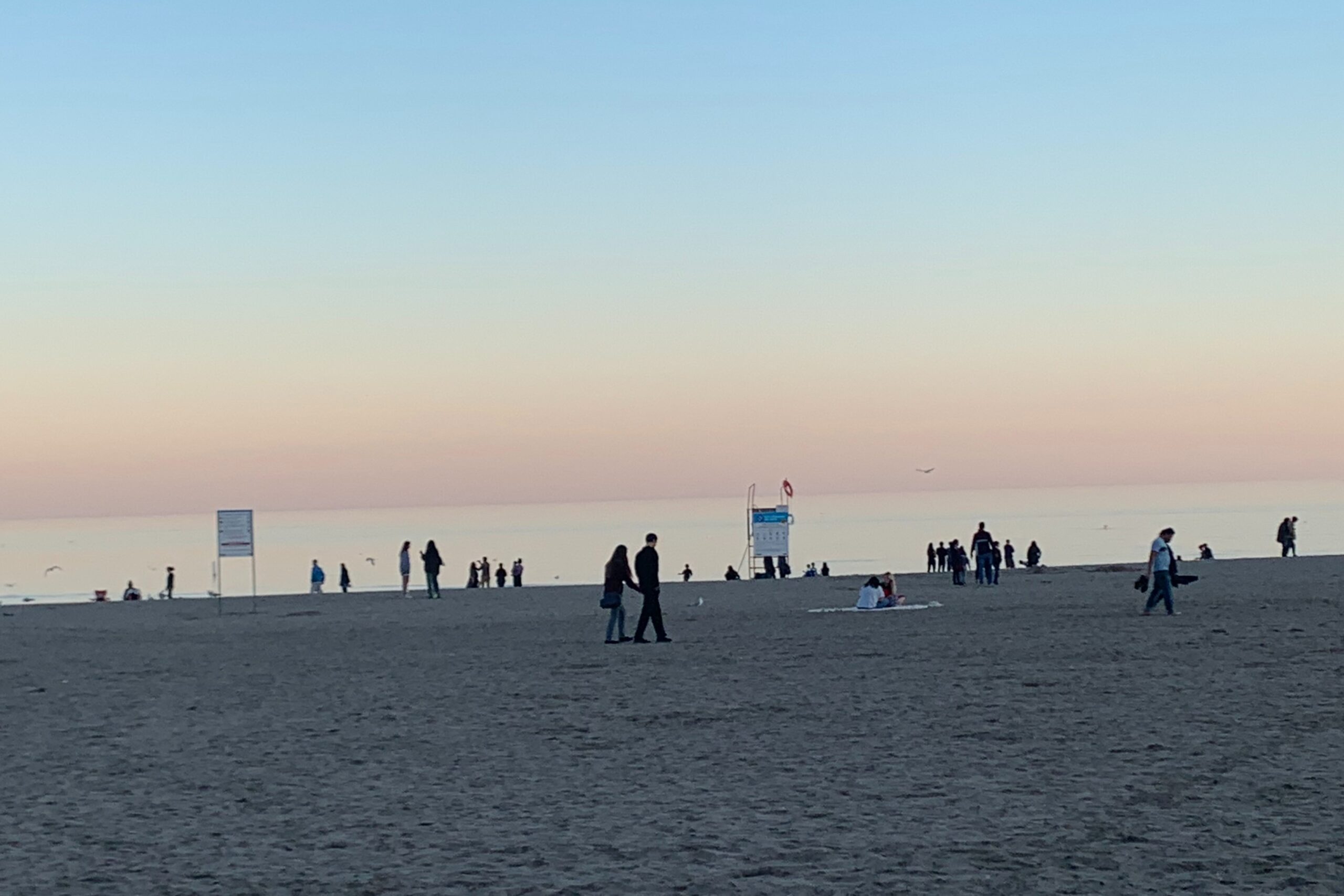 The vast beach was crowded, even near the end of the day.

The marina part features massive shoreline rocks that you can climb for some spectacular views. I noticed a few families enjoying picnics on them, and some couples canoodling.

The beach, a 10-minute walk away, is deep and long, with many signs telling people about proper COVID-19 protocols. Even near the end of the day, it was full of people cavorting. I noticed a queer couple holding hands, with one of them wearing a T-shirt that read: “I shaved my balls for this?”

The crowds are diverse, but one demographic I didn’t see was hipsters. It’s probably too remote a location for them. 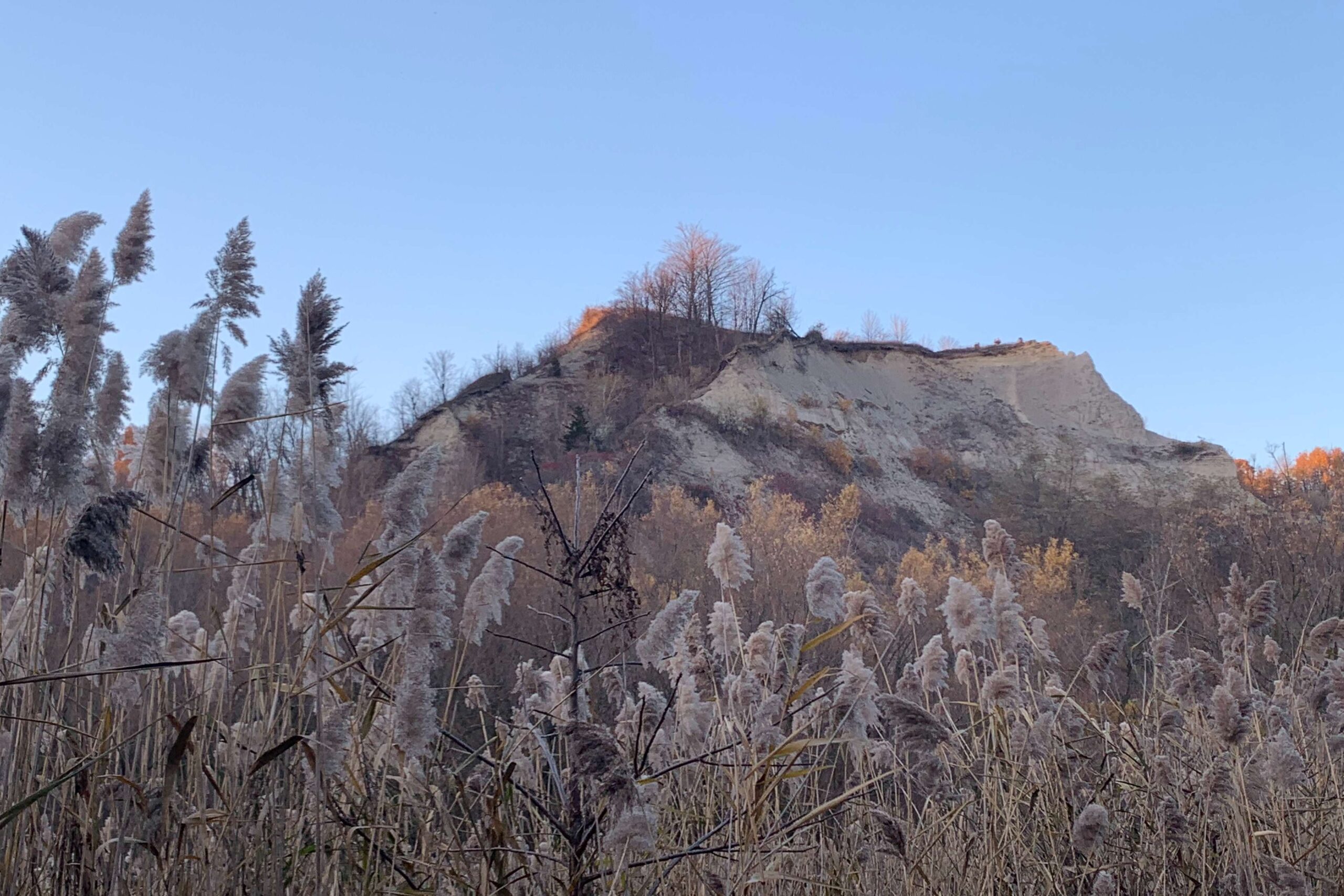 The bluffs that give the region its name are impressive.

While the lake tends to draw everyone’s attention, looking behind you is just as impressive. The escarpment goes on for kilometres. What my phone map didn’t show me, however, was whether there were other paths leading back up. I walked as far east as Cathedral Bluffs Park before turning back and going back up Brimley.

Very few Torontonians travel east of the Beach looking for greenery. The Scarborough Bluffs offer a different view of Lake Ontario. If you’re nearby, they’re worth a visit. Just make sure you’ve got access to a car.