Of the 363 cases "closed" by the Special Investigations Unit last year, only 13 ended in criminal charges against police officers 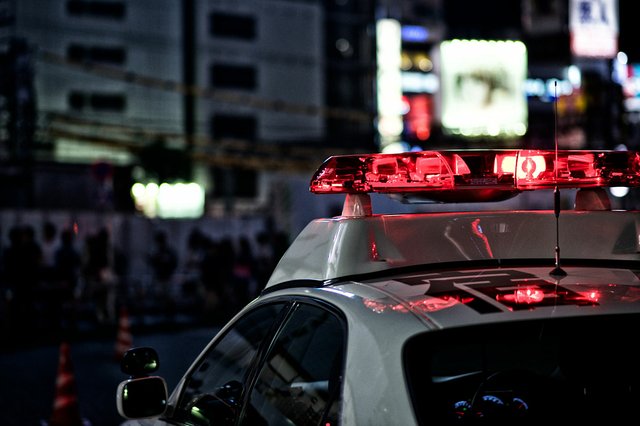 The the Special Investigations Unit, the province’s police watchdog, has released its annual report for 2019.

“The purpose giving rise to the SIU, is clear – police accountability and public confidence,” writes SIU director Joseph Martino is his “Director’s Message” to open the report.

Martino continues: “By ensuring that police conduct is subject to rigorous and independent investigation, and that charges are laid where appropriate, the SIU ties the concern for police accountability with the need for public confidence in policing. Ontarians may justly be proud of their SIU.”

But while acknowledging that the SIU “must do more to engage diverse communities” – the unit’s outreach coordinator position was vacant most of 2019 – the document is also a reminder that 30 years after the SIU’s creation, there’s still a long row to hoe when it comes to civilian oversight of police.

Among the cases handled by the SIU in 2019, there were eight firearms deaths, 19 police custody deaths and 55 cases alleging sexual assault. The majority of cases (174) involved individuals who were injured in police custody.

The SIU “closed” a total of 363 cases in 2019, some of those were leftover from the previous year. (The SIU has a backlog of 151 cases on its books.) But only 13 investigations ended in charges against police.

One-third of the total number of cases closed by the SIU (117) were “terminated by memo,” which means that it was determined at an early stage in the investigation that those cases did not fall under the SIU’s mandate, which is to probe incidents of serious injury or death and cases of sexual assault involving police.

Still, 95 per cent of cases investigated by the SIU ended in no charges against police.

It’s not an aberration. The percentage of cases investigated by the unit that do not end in charges has historically been around 95 per cent.

There are many reasons for that.

At the same time, as the unit is held up as a model for police oversight around the world, questions persist about the SIU’s independence, police culture and lack of diversity within its ranks.

The questions of culture at the SIU go right to the top.

Martino has been with the unit since 1999, serving as chief counsel for the SIU (and acting director during leadership gaps) before taking on the role of deputy director under his predecessor Tony Loparco in 2018. Martino has recently signed a two-year contract. His appointment comes at a volatile time for the SIU as it faces increased scrutiny over the recent police-custody death of Regis Korchinski-Paquet.

A high bar for charges

The SIU’s annual report includes an overview of cases handled by the unit and reasons for the director’s decisions, which the report describes as “rarely easy.”

The report stipulates that “The director’s job is not to decide whether the police officer, who is the subject of an investigation, is innocent or guilty, but rather whether the evidence satisfies the director that there are reasonable grounds to pursue criminal charges.”

The SIU has set a high bar on what constitutes reasonable grounds to lay a charge.

Take for instance the circumstances of a case not mentioned in its annual report. It involves the execution of a search warrant in the early morning hours at a condominium on Sherway Gardens in Etobicoke in April 2019.

The Emergency Task Force (ETF) was called to coordinate a “dynamic entry” into the residence, where an 18-year-old believed to have been involved in a shooting outside a middle school some days earlier was allegedly located and armed.

Police used a ram to force open the door of the residence. A “distraction device” was also used. According to the SIU’s account, two officers, one of them armed with an MP5 rifle, made their way to a bedroom in the unit where the suspect had been sleeping and “engaged physically” with him when the rifle went off.

There was no gun found in the bedroom of the suspect. The SIU report admits that “the immediate circumstances surrounding the firearm discharge are less than clear.” But that there is some evidence that the suspect “was handcuffed and prone on the floor when a second officer shot him as he was searching a nearby closet.”

The officer who injured the suspect declined to answer questions about the incident or provide his notes to the SIU. Police are required under the Police Services Act to “cooperate fully” with the SIU, but there’s nothing in law to compel subject officers to submit to an interview or turnover their notes.

The SIU interviewed nine of the 22 officers who were present at the scene. Some accounts contradict the narrative the SIU had settled upon.

The Firearm Discharge Report completed by the ETF’s officer in charge, for example, indicated that the officer’s MP5 was unintentionally discharged during a “physical confrontation with subject.”

The Use of Force Report, which was completed by multiple ETF officers “as a team”, included under the “Reason for Use of Force”, “protect self”, “protect public”, “effect arrest”, “prevent commission of offence”, and “prevent escape.” Other options, notably, “accidental” and “other”, were not selected.

The SIU director’s report declared it a significant unknown whether the officer had his finger on the trigger at the time of the incident.

The report notes that police officers’ conduct could be caught under the Criminal Code’s section 86 (1), which applies to the careless use, carrying or handling of a firearm. But in this case, even carelessness could not be reasonably determined.

The SIU report references R v Gosset, a Supreme Court of Canada case involving a manslaughter charge against a police officer, in declaring that what is required for a charge “is conduct that amounts to something more than a simple departure from the level of care that a reasonably prudent person would have observed in the circumstances.”

The SIU report also noted that the officer was duty-bound to handle his firearm safely and arguably fell short of that duty. But it found that there was not sufficient evidence “to reasonably establish a sufficient want of care” to warrant criminal charges.

The case was one of 46 referred to the SIU by Toronto police in 2019. Of those, five involved firearms-related injuries or deaths, two were custody deaths and nine involved sexual assault allegations. The remaining cases involve police custody and vehicle-related injuries. Only two ended in charges. Three are still ongoing.