NOW MagazineNewsWhat’s next for Pride Toronto?

What’s next for Pride Toronto?

The departure of executive director Olivia Nuamah was a long time coming, some say, but the Pride board's handling of the situation has raised questions of transparency 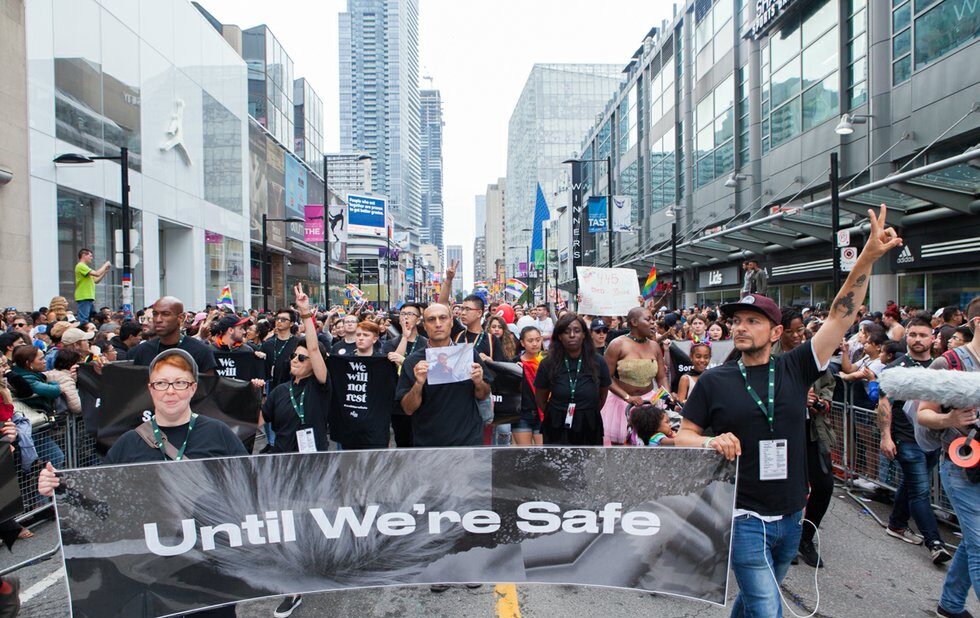 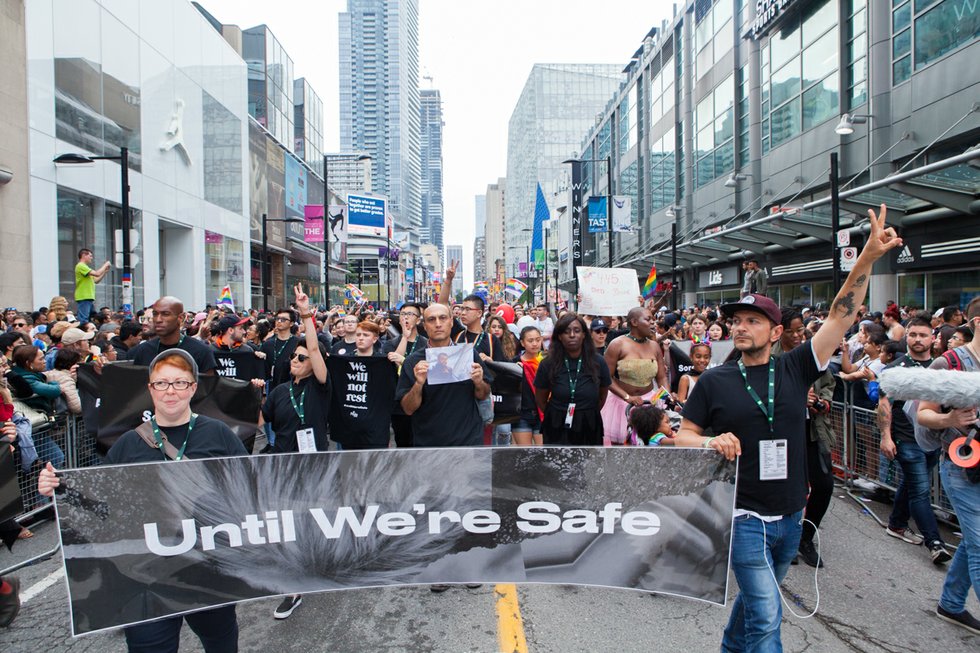 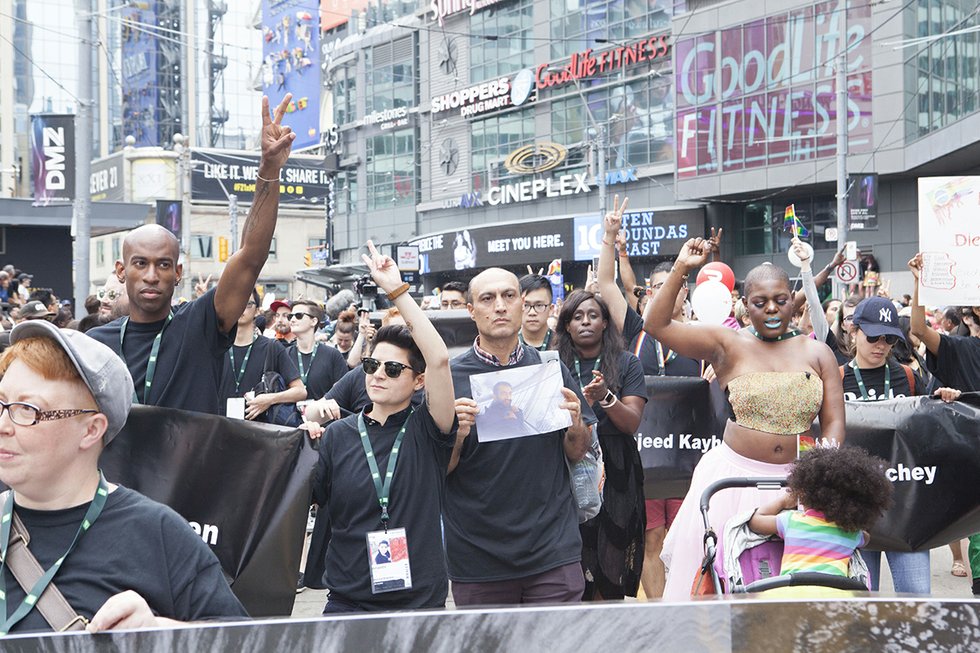 The email from Olivia Nuamah was as courteous as it was pointed. “I have been prevaricating about writing to you,” it states, “but I figure if I have given it this much thought I might as well write.”

It was April 2019, some months after the Pride executive director had invited Toronto police to participate once again in the Pride parade. And Nuamah was taking issue with NOW’s coverage. She described it as “a scripted reality TV show.”

But what actually prompted her to write was this unrelated article on Lilly Singh. For her, the two together warranted a lesson on power and privilege and what she described as “race-baiting communities you are not a part of and don’t understand.” She signed off by including a link to a recent post on Instagram that she says spoke to her about empowerment.

On January 21, it was announced by Pride Toronto’s board of directors that she is no longer executive director of Pride Toronto for reasons that are still unclear. It hasn’t helped the board’s claims of transparency that the news of Nuamah’s departure was announced in a terse, two-sentence tweet – that also revealed she had been gone since January 15.

It was thought that more details would be provided at Pride’s annual general meeting, which was held at the Native Canadian Centre on Wednesday (January 29). But none would be forthcoming. Board chair Michael Erickson cited personnel issues for that. He described Nuamah’s exit as a “departure.” Others say she was “terminated.” And the resulting dissension surrounding Nuamah’s departure is shaping up to be as divisive as her tenure.

Many in the LGBTQ community were blindsided by the announcement. For others, the real question is how Nuamah managed to hold on so long.

For them, the die was cast after Nuamah’s decision to invite Toronto police to take part in the parade, effectively breaking the deal made by Pride with Black Lives Matter – Toronto in 2016. Nuamah appeared at a press conference alongside Toronto police chief Mark Saunders and Mayor John Tory to make the announcement. The timing couldn’t have been worse –namely, amid revelations of the police’s mishandling of the McArthur serial killings. All of which only served to widen the gulf between police and the city’s LGBTQ communities.

Calls for Nuamah’s resignation would follow, even as Pride would honour the victims in the 2018 parade. But the calls for her to step down weren’t just coming from part of the community that remembers the bathhouse raids that gave rise to Pride. They were coming from Black members of Toronto’s queer and trans communities.

A special meeting called by Pride in January 2019 to vote on the question of police participation resulted in a vote of no-confidence in the board and the resignation of co-chair Erin Edghill. A confidential backgrounder sent to Pride members before the meeting stated that the non-participation of police in the parade since 2016 had led to sponsors pulling their support and “mounting debt” for the organization. The backgrounder describes Pride as being in danger of insolvency. But to marginalized communities, the financial arguments to justify police participation came off as an affront.

Nuamah has yet to make a formal public statement on the circumstances surrounding her departure. (Attempts by NOW to reach her for comment were unsuccessful.) Nuamah did talk to the Toronto Sun, which has become a source of leaks for some of her supporters. She notes her efforts to help bring Pride on a more solid financial footing. But she did not offer specifics on what led to her leaving.

On that front, concerns have been raised by Pride volunteers past and present about the timing. In an open letter to Pride directors, the volunteers describe Nuamah’s departure as a “termination.” And say that “It is difficult to consider this series of dates without a deep sense of cynicism.”

The letter is referring to a statement released by the Pride board a day after announcing Nuamah’s goodbye. The statement reveals that an outside investigator had been hired last May to look into allegations of harassment and the “potential misuse of funds related to Board expenditures.”

It goes on to describe the amounts involved as “very small,” and says that new policies and procedures have since been implemented by the board “to improve the transparency, tracking and approval of board expenditures.”

But the board has yet to make public the findings of the investigation to its members. What is known is that two of Pride’s six board members were suspended pending the results of that probe.

Back in November, the board also received a formal complaint from York U historian Tom Hooper over a $250,000 grant application made by Pride to Canadian Heritage for a project to commemorate the 50th anniversary of the decriminalization of homosexuality in Canada.

On January 14, the day before Nuamah’s official departure, the Pride board contacted Hooper to say that the matter of “transparency in grant applications” would be added to the agenda for Wednesday’s AGM. But with all the questions surrounding Nuamah’s departure, the meeting ended with most of the items still left to discuss on the agenda.

In the meantime, members of the LGBTQ community are left wondering what could have been. Nuamah came into the job with huge promise and credentials to match.

But there is the lingering feeling among those close to Pride that she never quite got – or honoured – the importance of the organization’s political history. Her supporters would say Nuamah was devoted to having the conversations that others in the community didn’t want to have with those in power. It’s a dilemma that the new executive director will also have to navigate. 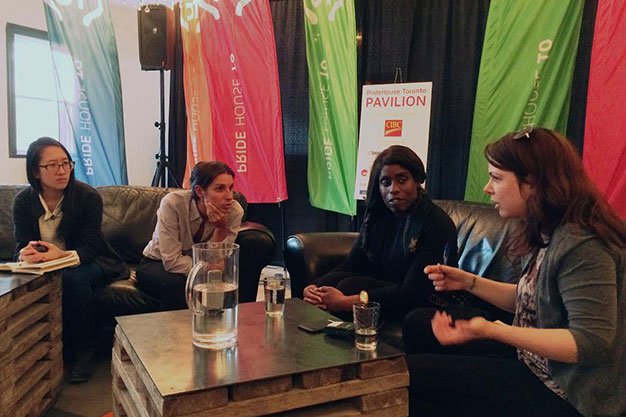