The best (and worst) of the Toronto Raptors’s championship run

The highlights, low points and weird political shit in between 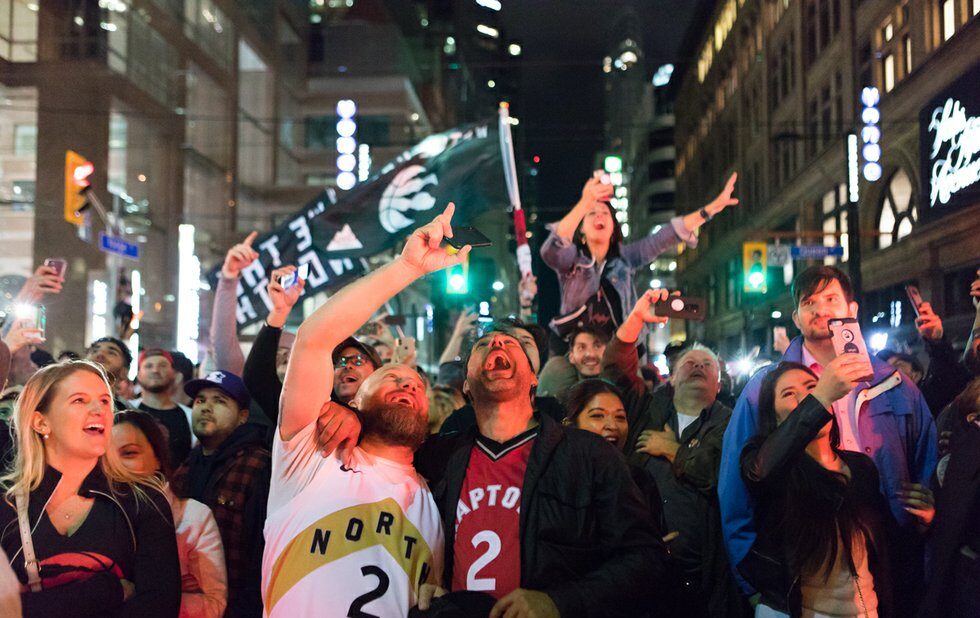 The Raptors’ global ambassador turned trolling of rival players from his courtside seats at Scotiabank Arena and post-game on social media into an art form. Drake’s ugly American act held a mirror up to every U.S. fan who has ever disrespected us. And we loved every minute of it.

The NBA had to intervene to issue a warning on the sideline antics when the Raptors semi-final opponents, the Milwaukee Bucks, complained. Apparently, Drake had managed to worm his way into the head of the Bucks’ young star, Giannis Antetokounmpo. Maybe it was the “Kawhi me a river” sweatshirt Drake was wearing?

Undaunted, Drizzy kicked it up a notch against the Warriors during the finals, trash talking Draymond Green, the biggest mouth of them all, and throwing shade Steph Curry’s way by rocking a vintage Raptors Dell Curry jersey during Game 1.

That would be Steph’s father who used to play with the Raps. The Warriors superstar couldn’t resist getting into it with Drake on the sideline after that. The conversation ended with Drake picking a piece of lint off Curry’s hair, which Drake listed on eBay the next day under the use name DraymondShouldntWear23, a reference to the number worn by the Green and the modern era’s biggest star, Michael Jordan. The Drake jinx is officially over.

The Raptors’ president was excoriated in the press for making the big trade last summer that brought Kawhi Leonard over from San Antonio in return for favourite son DeMar DeRozan. But he has delivered the promised championship. He has done something more – Ujiri has taught a city that has made self-doubt a hallmark of its character to believe in itself.

Ujiri knows what it’s like to be an underdog. He started his NBA career as a couch-surfing scout. Before that, he tooled around in b-level pro leagues in Europe. He’s never forgotten his beginnings. In 2016, he founded Giants of Africa, the youth basketball program created “to use basketball as a means to educate and enrich the lives of African youth.” The program, which hosted a tribute to Nelson Mandela in 2018, a childhood idol of Ujiri’s, has added to Toronto’s reputation as a city defined by its progressive politics and diversity. And has received the blessing of numerous NBA stars and some high-profile political figures, including the former U.S. president Barack Obama (see number 3). Ujiri has extended his basketball-inspired good works in Canada to include First Nations kids here at home.

A number of politicians have tried to horn in on the Raptors’ playoff run to score political points – or at least points for coolness. But it’s not every day that a former U.S. president takes in a Raptors game. Obama’s appearance at Game 2, thanks to his relationship with Ujiri, was acknowledged with a standing ovation by the crowd.

Obama’s visit didn’t go unnoticed for another reason – namely, all the talk about whether the Raps would visit the White House (as is customary for NBA champions). Can’t see that happening given who’s occupying the White House these days, not to mention Ujiri’s political ties. The Warriors, one of the most progressive franchises in the league, didn’t visit the White House when they won in 2017 or 2018 either. Instead, the players blew off Trump and met privately with Obama and took kids to the African-American Museum.

In the battle of national anthems, the Star-Spangled Banner has taken a back seat to renditions of O Canada at the Scotiabank Arena sung by fans before Raptors home games. The exception was Game 3 when the series shifted to Oakland and Metallica delivered what one reviewer described as “face-melting” rendition of the U.S. anthem. It didn’t quite beat Santana’s 2018 performance in Oakland during the 2018 finals, which featured his wife on drums. But it was pretty close.

5. The kid from Keele Street

A shout-out to the former Canadian basketball phenom turned longtime Raptors broadcaster Leo Rautins, who has been there from day one. Sports can be a nasty business. Rautins is a rarity. He never has a negative thing to say when it comes to Toronto’s basketball team. That’s saying something for a sport that’s played predominantly by young Black men and covered mostly by white men. He’s cordial to fans too, including those on Twitter who are not particularly nice to him. The Toronto native, aka “Kid from Keele Street,” was a big deal in his own right before the Raptors became a household name in Canada. The former St. Michael’s College high school basketball star was the first Canadian to be selected in the first round of the NBA draft back in 1983 by the Philadelphia 76ers. But you’d never know it. Rautins has remained as humble as his Toronto roots.

The Conservative Party of Canada bought a whack of refried ads in prime time during the Canadian broadcasts of the playoff games to tell everyone what a mess Justin Trudeau has (allegedly) made of the country. Conservative leader Andrew Scheer, whose party’s anti-immigrant policies seem to fly in the face of the message of diversity pushed by the Raptors, was even given face time on-air interviewed by TSN during one game. That one made a lot of people’s hair stand on end.

Why would anyone trying to enjoy a sporting event want to hear from a politician whose vile politics is anathema to the spirit of tolerance pumped by the Raptors organization? No doubt the high foreheads at Bell Media, which owns TSN, had something to do with that decision – not to mention, spotlight former Con leader Stephen Harper’s attendance at Game 1 of the finals. It was a reminder of just how skewed to the political-right media ownership is in this country.

The more the merrier, or so goes the theory where sports is concerned. Then there are the bandwagon jumpers who ruin it for everyone else.

Torontonians were patting each other on the back when police announced that there had been no arrests during celebrations in the streets after the Raptors clinched against Philly in the second round of the playoffs. American broadcasters were predictably gobsmacked.

But it turns out Toronto fans weren’t all so well behaved that night. A few people did end up getting arrested after video surfaced of partiers jumping on a police car. And while good, clean fun was had by most during post-game playoff celebrations, there were some off-colour moments, too.

Exhibit one: the clown caught saying stupid shit on camera about Warriors star Steph Curry’s wife. And then there was that “Make Raptors Great Again” sign that popped up in Jurassic Park. At times it felt like fly by night fans were crashing the party.

And then, while the whole world was watching, shots rang out at Monday’s victory parade. Details are still sketchy, but four people were seriously hurt. For all the talk of sport bringing all of us together, we are still in many ways a city divided.

As the Raptors advanced through each round of the playoffs, you couldn’t help but notice the trolls and party poopers slipping into conversations on social media reminding everyone that Toronto is a hockey town.

That’s been changing for some time as the population of the city and its outlying areas has become younger and more diverse. The only people who can remember the last time the Leafs won the cup are pushing 60 now. And the Blue Jays’ back-to-back championships? That was almost 30 years ago.

It’s a tale of two cities when it comes to sports in Toronto: one reflects the mostly white, mostly middle-class city of old. The other, all that’s multi-ethnic and new. It’s the latter that better personifies the T.O. we live in.

4. The long shadow of DeMar DeRozan

We get it. DeMar DeRozan was the franchise. But almost a year after the trade that brought Kawhi Leonard and Danny Green – and a championship – to Toronto, the former Raptors star’s presence hangs like a bad stink in the air. Get over it already.

DeRozan can’t seem to stop feeling sorry for himself, calling himself a “sacrificial lamb” for the team’s past failures during a recent  interview on U.S. television about the Raptors’ title run. No hard feelings, DeMar. We had a nice run. But we couldn’t get over the hump. There was no sacrifice. There was only unmet expectations.

John Tory’s crazy-ass Raptors blazer was the talk of the town, but at least the Toronto mayor has some cred when it comes to pumping civic pride. But when Dougie started getting in on the post-game victory parties, he just ruined the fun for everyone else.

There he was after each game, tweeting it up with the rest of us. This is the same guy who called basketball programs to keep kids off the streets “hug a thug.” And voted against expanding the Raptors’ practice facility (at no cost to the city, no less) when he was a Toronto councillor. The dude has no shame.

Doug knows a lot about hockey and football – and anything else that requires knocking the crap out of your opponent. But basketball? Raps president Masai Ujiri isn’t buying it, either. He blew right past Doug after a cursory handshake at the Raps’ victory parade.