When I was raped, the hashtag activism and the endless ongoing public discourse about sexual assault only provided a false sense of hope 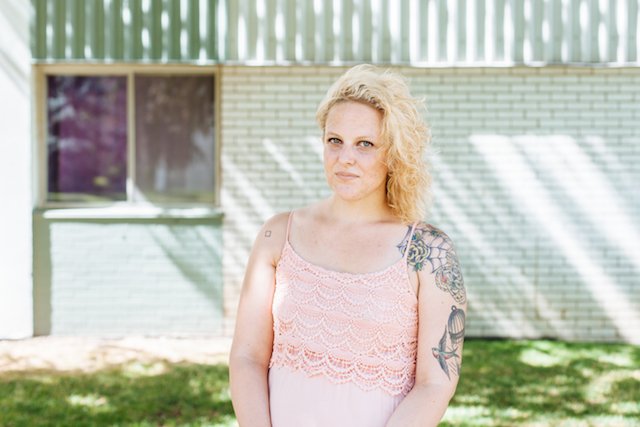 For Mandi Gray, healing from a sexual assault took place outside the criminal justice system.

On December 6, I attended the #AfterMeToo event hosted by the Globe and Mail and billed as “a two-day symposium to find the means to stop sexual harassment and assault in the film and television industry.” Looking around the room, I was struck by a serious case of déjà vu. It’s like sexual violence post-Harvey Weinstein is a newly discovered social ill once again.

Does anyone else remember the last so-called watershed moment in 2014? Let me remind you. CBC radio personality Jian Ghomeshi was charged with four counts of sexual assault and one count of overcoming resistance by choking. His contract with the CBC was terminated.

Hashtags like #webelievesurvivors and #beenrapedneverreported flooded social media. And every day for months, it seemed, there were new opinion pieces in major newspapers, public discussion online and protest in the streets about the need to address the pervasiveness of sexual assault.

Politicians, media, lawyers and police made all sorts of promises to the general public that the legal system takes all cases of sexual violence seriously. They assured us that victim-blaming was a thing of the past, and encouraged those who have been sexually assaulted to come forward.

These same promises were swirling around #AfterMeToo. Justice Minister Jody Wilson-Raybould stressed that Canada has the most progressive sexual assault laws in the world. She highlighted the rape shield provisions that protect the privacy of the sexual history and medical records of complainants.

She isn’t wrong. This is all true, but only as far as the paper they are written on. Only one per cent of all sexual assaults are successfully prosecuted.

My own naïveté shaped by privilege led me to believe that the courts upheld the laws.

But when I was raped in 2015, the hashtag activism and the endless ongoing public discourse about sexual assault only provided a false sense of hope. The experience of reporting and the criminal trial felt like I was living in an alternate universe. The police questioned why I would drink so much and go to his apartment. The courts grilled me on my sexual preferences and conversations with my therapist.

The conviction for the man who assaulted me was overturned in July, and as I write this, I still do not have a clear answer about what will happen next, although I am reluctant to have to go through a new trial and testify again. Three years later, my life is co-ordinated around a series of court dates until further notice.

If testifying in a sexual assault trial is this bad for middle-class white women, how can there be any reasonable expectation that those who face numerous and intersecting forms of marginalization will even bother trying? The likelihood of police laying charges in the first place is highly doubtful.

In light of #MeToo, I hope that those thinking about making a report of sexual assault do not blindly trust the numerous institutional promises about what ought to happen.

We must be critical of the information that the experts are continuing to feed us. We must continue to challenge what is happening in Canadian court rooms, interrogation rooms and within our communities, recognizing that those who are most marginalized are impacted the most not only by sexual violence but also by institutional betrayal.

Mandi Gray is featured in the documentary Slut Or Nut: The Diary Of A Rape Trial scheduled to be released in 2018. slutornut.ca.