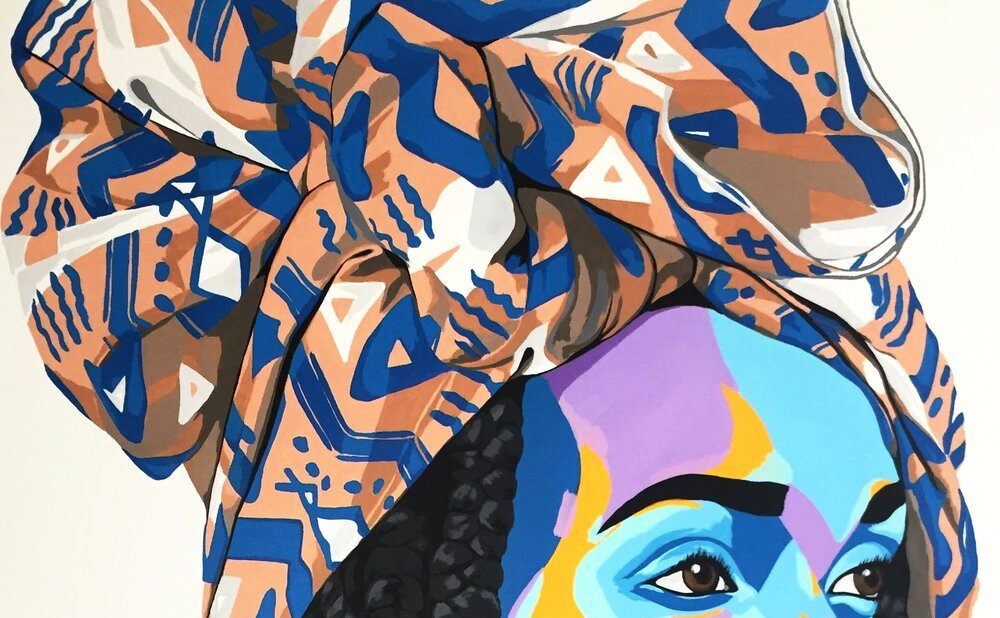 With its gallery format, Instagram is a powerful tool for artists of all genres and media. Using targeted hashtags in their given niche, artists are networking in their local communities and beyond to grow cult followings. Toronto is home to many such artists – illustrators, painters, photographers, sculptors, creative directors, mixed-media artists – whose work often draws upon pop culture, street and surrealist themes.

Pop artists such as Maria Qamar (aka Hatecopy) and Fucci have achieved online notoriety, major followings and even a book deal thanks in part to Instagram. Some artists use it to share their work anonymously in order not to deter from the art by emphasizing the artist, whereas others take centre stage, documenting their everyday life or their creative process. Here are seven Toronto artists that we’re following.

Kleeshay is a self-taught artist inspired by the days when people would hear a lyric in a rap song and use it in their Facebook status or BBM name. His work often references children’s icons such as Sailor Moon, Dr. Seuss, Power Rangers and Disney princesses. He has been working professionally as an artist in Toronto for three years and his upcoming exhibition at Blank Canvas Gallery marks his fourth solo show.

Benny Bing is a self-taught portrait artist of Nigerian descent. Bing’s usage of harmonious acrylic hues and a recurring colour palette to capture the raw emotion of his subjects has attracted a large following. His Instagram features his creative portraiture of celebrities and models such as Alicia Keys, Barack Obama, Nnenna Stella and DJ OHSO.

Instagram has been essential in growing not only his audience, but his industry connections. A Facebook executive and art collector discovered Bing’s work on Instagram and purchased a piece. He has also connected with two galleries he will be working with in 2018. His latest painting series is devoted to African headwraps.

Rumpus is an anonymous pop and street artist whose illustrations depict fictional characters such as C-3P0 and Pinocchio, Black celebrities like Nas and Barack Obama and even the community of Scarborough. He draws inspiration from his father, an anonymous artist in Florence, Italy who was a landscape painter who would sit by vineyards, finishing his works unsigned only to leave them at random cafes in nearby towns.

A student of traditional composite sketching, he has been respectfully declined opportunities that would compromise his anonymity, as he wants “the artwork to speak for itself and not have to worry about the baggage that comes with being the person attached to the art,” he tells NOW.

Bright and comic illustrations from his most recent exhibition, a joint show with Atlanta artist FRKO, are now on his Instagram.

Acrylex is an illustrator and photographer who uses acrylic paints, watercolor pencils in pastel hues and photography to create lucid portraiture. A self-described creator and sci-fi enthusiast, Acrylex’s works are vividly surreal and her Instagram is fun, colourful and well-styled with top-notch creative direction. After she posted two large canvas portraits (that a friend commissioned), people started reaching out, including buyers in the U.S. and UK.

In addition to paintings and photography, her Instagram feed includes time-lapses of household objects, women in multicoloured visors and penis sculptures.

She finds the platform extremely useful. “I started experimenting with close-up shots of bright paints and texture elements that are gradually becoming a focal point [of my work],” she tells NOW.

Tau Lewis is a self-taught Jamaican-Canadian sculptor and mixed media artist who uses found objects, repurposed materials and live plants to explore Black identity and African diaspora. With these synthetic and organic materials, Lewis draws on feminist and political themes to delve deeper into the relationship between identity and authenticity. On Instagram, you can find photos of Lewis’s works – sculptures, sewing and foraged arrangements – alongside moments in her creative process and personal life.

Through The People We Are Looking At Ourselves at Cooper Cole (1134 Dupont), to August 26. See listing.

Kaley Flowers is a ceramic artist who uses clay to create eye-catching anthropomorphic blob-like creatures that embody characteristics of the internet and technology such as QR codes, Internet Explorer, USBs and emojis (that resemble Furbies and Fruit Loops). She is currently an artist-in-residence at Harbourfront Centre and has participated in several shows in Toronto, Los Angeles and the Netherlands.

Katrina Canedo is a painter, illustrator and Seneca College graduate who has performed in several live art battles and been featured in Create Magazine. Her dark and whimsical illustrations draw on mysticism, the supernatural and the fantastical to create otherworldly creatures and landscapes. Canedo’s paintings use flora and fauna to surround human faces, skulls and animals in colourful tones.