This story is sponsored by Dobbernationloves.com 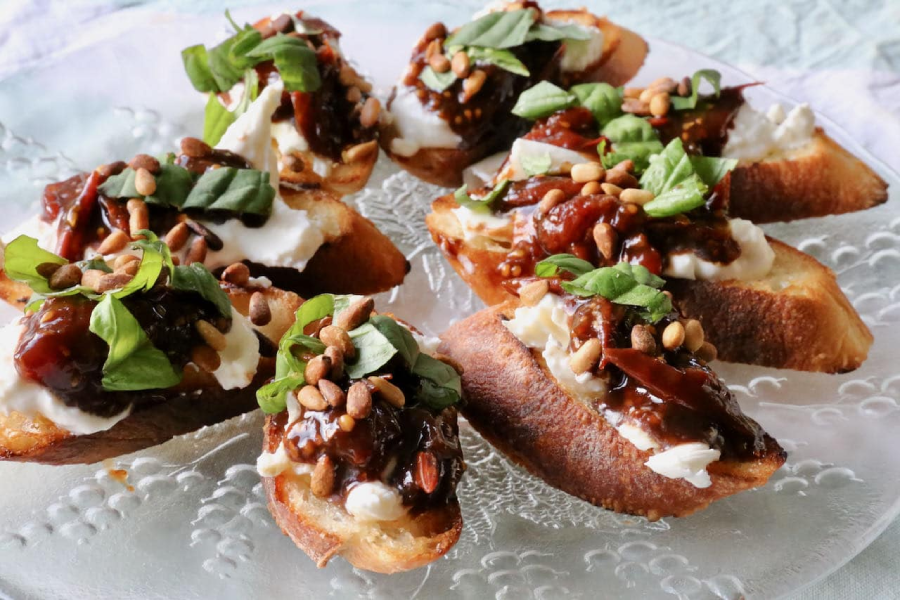 Whether he’s talking about his favourite places on earth, childhood cooking memories or best places to find fresh galangal in Toronto, Andrew Dobson comes across as the kind of guy you love to sit next to at a dinner party.

Like all good storytellers, his greatest gift is the ability to inspire. That’s something Dobson’s been doing for over a decade as a travel writer covering food scenes around the world for his website dobbernationloves.com. And it’s something he’s now doing with a new Sunday series of Dobbernationloves virtual cooking classes that draw from both his experiences of living out of a suitcase and his love of cooking. (Find everything you need to know about those classes here.)

“The class that I’m hosting this Sunday is focused on celebrating Swiss comfort food,” Dobson says excitedly. “I’ve been to Switzerland five or six times now. I just love visiting a luxurious alpine ski resort and tasting all of the decadent cheese and chocolate – highly caloric food with carbs is my favourite thing.”

Two years ago, the world changed dramatically almost overnight. Goodbye to hopping on a plane to Italy and eating cacio e pepe, fioi di zucca, and crostata ricotta e visciole by candlelight in the shadow of Rome’s majestic Coliseum. And hello to a locked-down life at home, with every day surreally like the one that came before it.

Before COVID-19, Dobson was on the road for much of the year, interviewing chefs, artisanal farmers, top-flight bartenders and forward-thinking restaurant owners everywhere from Koh Samui to Cartagena, and Tobermory to Tahiti. (To get an idea just how much he’s travelled, and eaten, check out the expansive – and fantastically jealousy-inducing Destination Guides.)

Overnight, that was all gone. Dobson was halfway to a hotel in the Muskokas for a story in March of 2020 when he got a call telling him things were being shut down.

As he watched his travel-writing gigs dry up, he realized there was a valuable opportunity to make a pivot.

“Within two days I shifted my strategy,” Dobson says. “I didn’t just give up – instead, I was like ‘I need to write recipes.’ ”

That was smart for no other reason than people, suddenly stuck at home, started using their newfound time to master not only sourdough-bread making, but to also up their cooking and cocktail games.

“The amazingness of it all is that I really love recipe development. It was a great stress reducer during the early days of the pandemic and made me feel like I was being purposeful and productive in feeding my family a delicious meal each day.” Dobson says. “And that’s why these cooking classes exist. After years of writing about restaurants and travel – which a lot of readers were used to – I pivoted to ‘Here’s a recipe that I tasted when I was in Kerala in Southern India.’ Because it was a Portuguese colony, it’s one of the few places in India you can get authentic recipes made with beef.’”

As the first days and weeks of the COVID-19 lockdown stretched into months and then years, Dobson continued to load Dobbernationloves with his recipes, many gathered in his travels and then recreated at home.

“Whenever I was at a restaurant at home or dining out on a press trip, I’d make a list of dishes that I tasted – like ‘That Turkish pastry is amazing!’” he recalls. “I’d write it down, go ‘I’d love to taste that again, and make it if I have time.’ So there’s this long list of 500 recipes that I’d tasted all over the world, and the pandemic gave me the opportunity to make them myself at home. The cooking classes stemmed out of so many people going ‘Oh, I’d love to actually cook the recipes that you’re making.’ ”

There’s an old saying that goes something along the lines of “If you can read, then you can cook.” On some level that’s true, which explains why your mom was able to make a mean fried peanut-butter-and-banana sandwich and canned-tuna casserole.

But, as anyone who’s ever studiously followed a recipe for a dinner party and then served up a flop knows, cooking can also be frustrating, intimidating and even baffling. Not everyone knows that fresh cilantro makes a Peruvian ceviche sing, or that too much cardamom will overwhelm a traditional Indian kheer rice pudding.

Dobson understands that a little guidance – whether it’s where to buy ingredients or knowing when to use galangal instead of ginger – can go a long way for those who aren’t quite ready for their spotlight on Iron Chef.

He notes that not every one of his Dobbernationloves virtual cooking classes will be exotically travel-themed. “They are also based on really popular family recipes – I’m doing one on the night of the Oscars,” he says. “Two of the recipes are really popular in my family and perfect elevated finger foods to serve when company is coming over: one is an Italian burrata bruschetta, and another is spicy chorizo jalapeño poppers, which is very Tex-Mex.”

Dobson also offers substitution ideas and shopping tips for class attendees, which come in handy when it’s time to think about flavour-bombs like preserved lemon, Persian sumac or Korean Gochujang chili paste. All of which will change your life in the kitchen.

As for when it’s time to get cooking – classes run from 3 to 5 pm live on Zoom on Sunday afternoons – there are goals beyond making a great meal.

“I want to make cooking at home comfortable,” Dobson stresses. “I don’t want people thinking I’m going to be wearing a suit and it’s super-fine dining. It’s a place where people can wear a sweatshirt at home and just really have fun. I’ve dubbed them a cocktail kitchen party, because each class starts by mixing or muddling a craft cocktail. You can sip a well-balanced drink that you maybe haven’t made at home before, and then we cook together in real time. It’s all casual and delicious fun!” 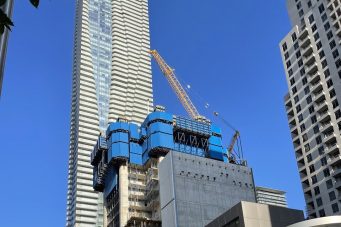