Five things to expect at the new MOCA 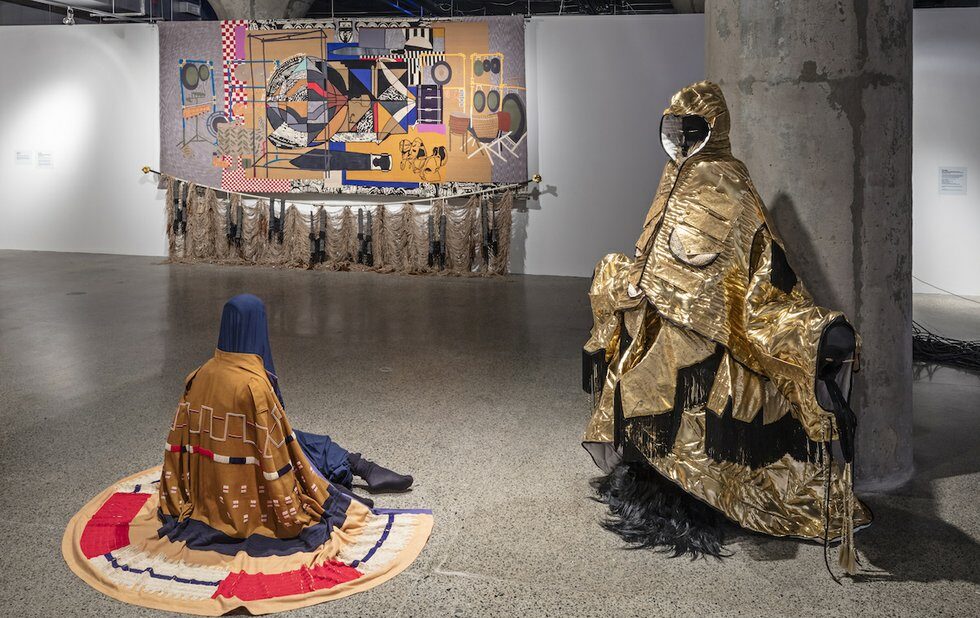 Nep Sidhu's No Pigs in Paradise garments and his tapestry, The Sound Sculpture Forms & Knowledge Transfers of Kahil El’Zabar (When My Drums Come Knocking, They Watch Series).

Multiple delays, changes in leadership, a name change and a massive renovation later, the Museum of Contemporary Art (MOCA) has finally opened at its doors at 158 Sterling Road.

At 55,000 square feet spread over five floors, the new digs are five times the size of its former Queen West location, where it was known as the Museum of Contemporary Canadian Art. Two of the floors are dedicated to MOCA’s Instagram-worthy inaugural group show, Believe (which runs until January 6), featuring 16 international and Canadian artists, while the rest of the floors will feature smaller programs and studio space for local artists.

Here are five things to expect at MOCA.

“We definitely have the scope to bring in more established names and then balance that with artists from Toronto and beyond,” says Paynter. “We want to make sure it’s accessible and [no one] feels like it’s not for them that they can find entry points.”

Alongside artists who are already fixtures at prestigious biennials are “ascending artists” – as Paynter likes to call them – such as Nep Sidhu and Rajni Perera. For Believe, MOCA commissioned Sidhu to create a tapestry and two interconnected pinball machines. He’s also showing three garments from his No Pigs In Paradise series, including a gold lamé sculptural gown that Erykah Badu – who is a big fan of Sidhu’s work and has worn multiple pieces of his while performing – recently tried on for an Instagram photo. Meanwhile Sri Lanka-born, Toronto-based artist Perera created two graphic banners and a large circular wooden sculpture with two carved seats made in collaboration with woodworker Yorgo Liapis. 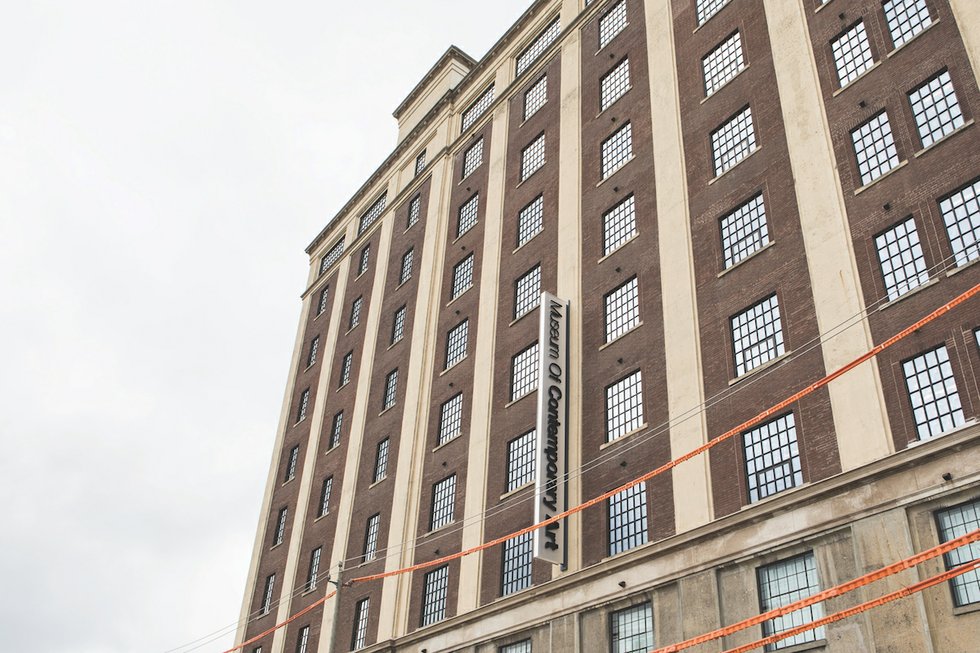 Built in 1919, MOCA’s new home was originally used for aluminum manufacturing, building military supplies for both world wars and later cooking utensils, bottle caps and car parts for Ford. After it ceased operations in 2006, the building became a popular rave site. When architectsAlliance began renovating the space in 2015, it had become a nesting ground for pigeons and graffiti covered the building’s signature mushroom-shaped columns. The graffiti has since been scrubbed clean – save for one new commission by the exterior back door – but the architects kept the columns intact and refurbished the original wood doors. “We wanted the architecture to take a backseat and the art to take the forefront,” says Adam Feldmann from architectsAlliance during a media tour earlier this month.

During the media tour, Feldmann said MOCA is “the first piece in rehabilitating this whole area.” But Sterling Road and the greater Junction Triangle was already a hotbed for artists, thanks to the neighbourhood’s affordable studio spaces. In recent years, as tenants like the Drake Commissary and CrossFit gyms have moved in, artists have been forced out due to rising rents. To nurture the local community, MOCA teamed up with Akin Collective to run the fourth-floor studio space. Thirty-two artists, ranging from architects, illustrators, photographers, sculptors, weavers and painters, have their own studios that range from $125 to $670 per month. When sorting through the more than 100 artist applications, Akin studio manager Jen Pilles says they prioritized artists from the Junction Triangle neighborhood.

5. No more pwyc admission. (But at least the main floor is free)

While the Queen West museum was pay what you can, MOCA now charges $10 regular admission and $5 for students and seniors. It’s free for those under 18. The main floor is also free, and it currently features a commissioned project by Greek architect-cum-artist, Andreas Angelidakis. For Demos – Reconstruction, Angelidakis created 74 modular foam blocks covered in vinyl of printed patterns from textiles from Athenian markets. The piece references “migration, displacement, Greece’s refugee crisis and the Silk Road,” says Paynter. The blocks double as seating and can be reconfigured by the public. Along with Demos, which runs until next August, the main floor also contains the Art Metropole bookshop (formerly located on Dundas West) and a café run by Forno Cultura. 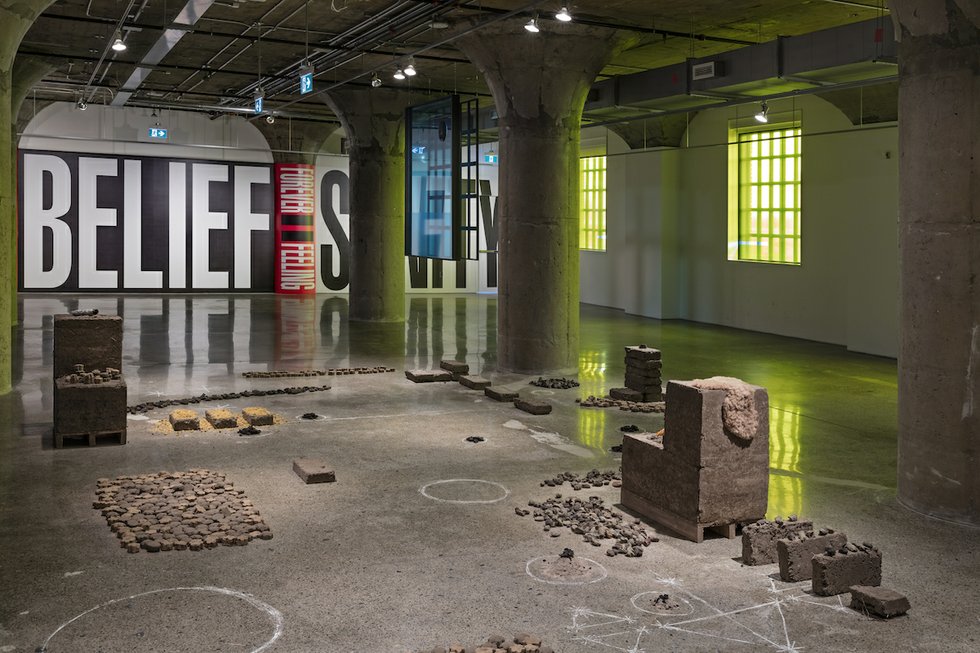