Nine art exhibitions to be excited about in 2020 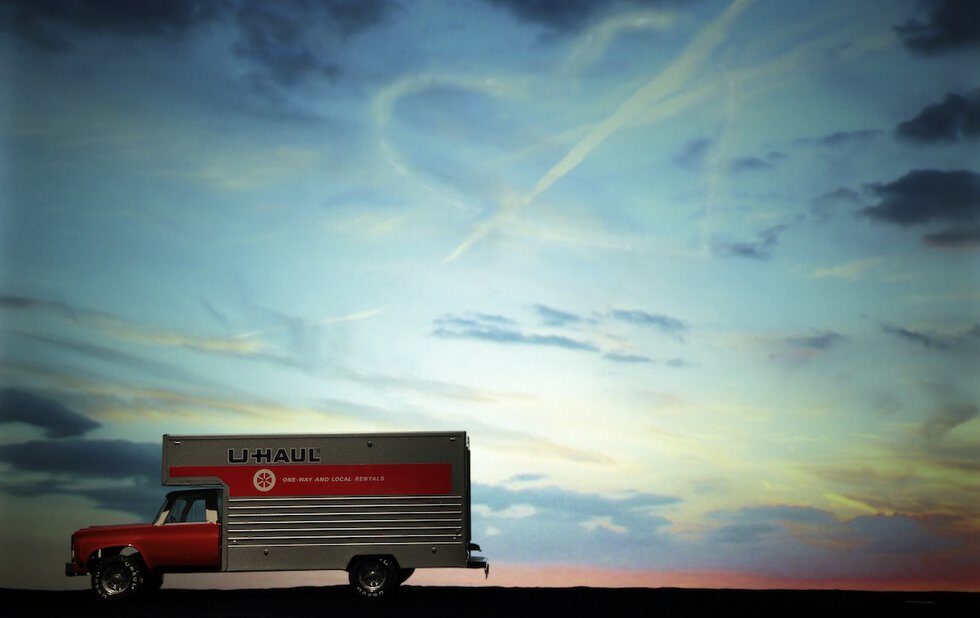 Wendy Coburn's UHAUL Suite, a giclee-print photograph from 2012, will go on display at OCAD Onsite Gallery on May 13.

It’s fitting that a Michael Snow survey exhibition kicks off Toronto’s 2020 art season. The influential Toronto-born multimedia artist’s practice has been a baseline for contemporary art in the city for an incredible 70 years. A marvel of productivity – and longevity – Snow deserves much of the credit for the sheer eclecticism of formats and styles that comprise contemporary art today.

As artists like Snow made increasingly experimental and challenging work, the venues where art is shown also expanded. All-night art event Nuit Blanche, which will take place in North York and Etobicoke for the first time this year, is possible because artists have an ability to consider any venue as suitable for showing work. The annual event is part of a wider push to grow art audiences in the city, which includes a major emphasis on public art in 2021. In the meantime, Torontonians have plenty of mind-expanding options in the coming year. Here are our most-anticipated shows.

Laurie Anderson: To The Moon

Like Snow, American avant-garde artist and composer Anderson is another influential name with a long track record of experimentation, to great success, across a range of art forms. This winter, she’s exhibiting a VR artwork made in collaboration with Taiwan’s Hsin-Chien Huang. The 15-minute experience is an immersive trip into outer space, and through the DNA of dinosaurs. Anderson is also performing a sold-out show at Koerner Hall, giving a lecture and screening her film Heart Of A Dog at Hot Docs Cinema during her visit to Toronto.

The sheer scope of 91-year-old Snow’s practice allows galleries to experiment with the presentation of his work like this exhibition, which focuses on the artist’s use of sound. Sound installations, two recordings and a film will create a sonic experience within the space of the gallery. U of T’s Innis Hall will also screen three of Snow’s most celebrated films, including his landmark 1967 short, Wavelength. Snow will also give a solo piano performance in the Justina M. Barnicke Gallery on March 21.

Absurdist and mordant humour, often about the civil war his family fled when he was a child, infuses the work of this Guatemalan-Canadian artist. Something of a superstar internationally, this is his first major exhibition in Toronto. It will mostly include works from the past decade, as well as a newly commissioned work based on the cacaxte, a ladder-like tool used in Latin America for carrying objects on one’s back.

Currently on a tear through the international art world, Toronto-based Lewis is a self-taught prodigy. With a focus on “telling stories about Black identity,” Lewis creates gallery installations in which multiple figures and their accompanying landscapes and backdrops are sculpted from found textiles and other materials. 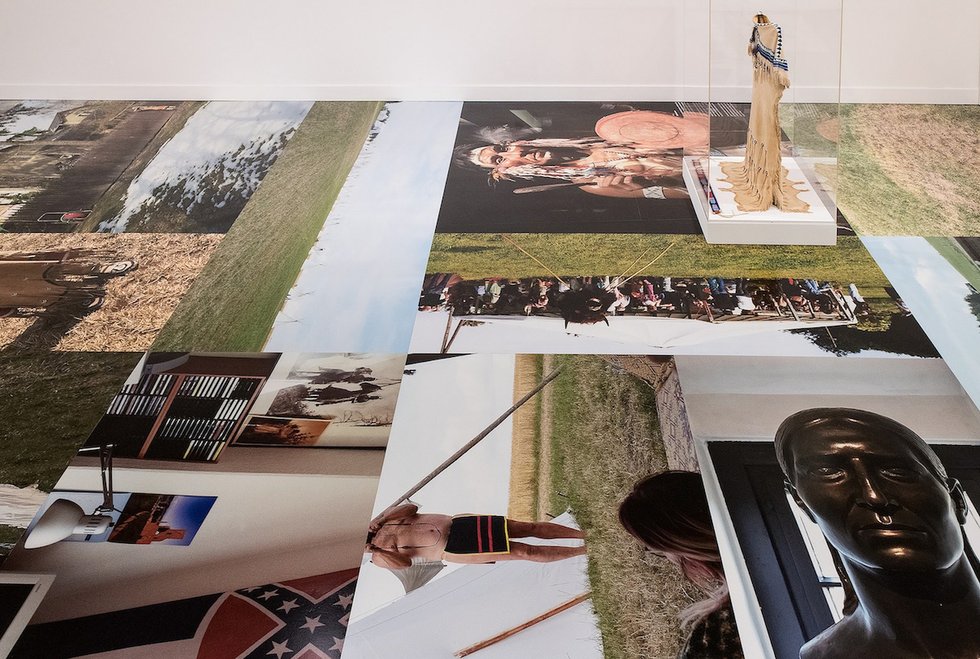 Krista Belle Stewart’s 2019 installation Truth To Material, goes on display at the Museum of Contemporary Art on May 1.

Museum of Contemporary Art, May 1-June 2

Part of Contact Photo Fest, this show presents the two artists’ work in dialogue. Kurdish-Turkish artist Bucak shows photos from an ongoing series, still lifes of found objects taken from border landscapes (including Syria-Turkey and U.S.-Mexico). Stewart, a member of the Syilx First Nation and now based in Berlin, presents work about the artist’s investigation into “Indianers” – the notorious German hobbyists who enact a fantasy of Indigeneity each summer.

Fable For Tomorrow: A Survey Of Works By Wendy Coburn

This is a posthumous exhibition of work by the much-loved influential artist and OCAD University professor, who died in 2015. For those introduced to her work through the mind-blowing investigative video Slut Nation: Anatomy Of A Protest – documenting the world’s first SlutWalk protest in 2011 – this survey will provide an excellent chance for Toronto audiences to better understand Coburn’s wide-ranging art practice and activism.

InterAccess and other venues, July 16-19

This festival, which showcases art about digital technology, takes place online and at venues across the city. For the eighth edition, the festival asks what happens after the gamification of everyday life – how do artists respond to tech’s ability to engineer our behaviour? The deadline for art and curatorial proposals responding to this theme is February 1.

The annual all-night art event keeps getting bigger. Judging by the crowd sizes, its expansion to Scarborough (starting in 2018) has been a huge success. Next up: moves into North York and Etobicoke. The event has also appointed Dr. Julie Nagam as artistic director for the next two years. Nagam is planning a city-wide exhibition focused on Toronto’s ravines and waterways. By connecting exhibits via the city’s historical trade routes, visitors will enjoy an entirely different experience of the city.

Kristiina Lahde: Follow A Curved Line To Completion And You Make A Circle