We can’t take to the streets for Pride this year, but you can crack these books to get close to diverse experiences 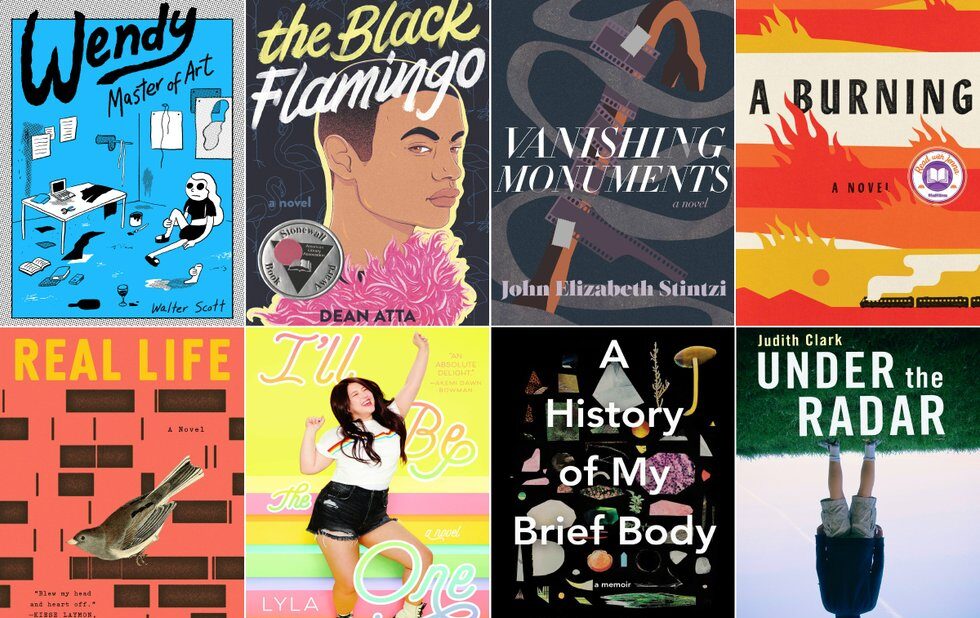 Nothing – not even a pandemic – can stop queer writers from rocking the literary universe with books celebrating resistance, diversity and, of course, love. But in the age of COVID-19, release schedules have stalled and public launches are almost non-existent, which is why some of the books on this Pride list are not yet available. All of them, though, will be up for grabs by Labour Day, so mark your calendars for their release dates.

Activist and community animator Hernandez (Scarborough) returns with a dystopian novel focusing on themes of identity and resistance. The story, set in the near future, tracks a queer Black performer and like-minded rebels resisting an oppressive regime. Hernandez writes with uncommon passion and empathy, telling stories that are always of the moment. Comes out September 1.

A History Of My Brief Body

This memoir from the youngest ever winner of the Griffin Poetry Prize is a gripping meditation on intimacy, grief, shame and ecstasy, powered by the gifts of a major literary talent. Beginning with his childhood among the people of Alberta’s Driftpile First Nation, Belcourt recounts his personal story of sexual exploration, coping with violence and how writing became his clearest path to survival. Comes out August 25.

When they learn their mother’s dementia is deepening, a nonbinary middle-aged photographer returns to Winnipeg, the city they fled as a teen. While staying at the home of their childhood, Alani is enveloped by memories that seem to come to life. Poetic, sometimes dreamy, wholly devastating, this debut from the winner of the Bronwen Wallace Award for emerging writers is a powerhouse. On sale now.

I’ll Be The One

This YA novel plunges into the K-pop universe to track ambitious young Skye, who’s a gifted performer but lacks the perfect body that usually goes with pop-star status. She wins a major talent contest only to face huge barriers inside the industry and from her demanding mother. She also falls in love. If you’re into adult fiction, buy this for your favourite young, queer friend. But you don’t have to be a teenager to love it. On sale June 16.

Three narrative strands weave together in this deep dive into issues of class, marginalization and media gone out of control set in Kolkata and West Bengal. Slum-born Jivan is arrested for terrorism after she posts a flip Facebook comment, while right-wing sympathizer PT Sir reaps the benefits of her travails and Lovely, a hijra (third gender in Hindu culture) holds the key to Jivan’s freedom. On sale now.

Semi-closeted queer young Black Alabaman man Wallace heads to a Midwest college wholly unprepared for what awaits him there. He’s holding on pretty well until he has a complicated encounter with someone who is supposedly straight, setting the entire university town into a tailspin. The New York Times-approved novel’s been out for months and has become a major sensation. One of America’s most provocative new voices. On sale now.

Acclaimed poet and performer Atta delivers a completely cliché-free coming-of-age story about a Black Cypriot struggling to cope with the fact that he never feels quite Black or Cyprian enough. Coming out is the first step towards getting comfortable with his identity but it’s not until he discovers the power of drag that he finds his true self. This is a verse novel from a highly skilled writer with a unique voice. On sale now.

All My Mother’s Lovers

When her mother dies in a car crash, Maggie discovers five letters sealed and addressed to five men she’s never heard of. She decides to hand deliver them, which leads to some startling discoveries about the mother who so fiercely disapproved of her lesbian relationship. Told over the course of the funeral and Shiva that followed, this novel was on just about every list of the most highly anticipated books of 2020. On sale now.

This graphic novel follows art student Wendy as she struggles to keep herself together while pursuing her Masters degree in fine art at what’s referred to as the University of Hell. She gets herself into all kinds of trouble as she and her aptly named flamboyant gay friend Screamo party like there’s no tomorrow but creator Scott’s underlying intention is to skewer both the contemporary art world and millennial culture. On sale June 16.

Imagine you’re a closeted queer male athlete coping in the locker room. Hard enough. Now imagine you’re a wrestler on your high school team – you’ve been in full embrace with your teammates and opponents for months. And you do have a tendency to get into fights off the mat. That’s Gunnar at his rural Alberta school. Yet he still imagines coming out. Find out what happens. On sale now.

When her 80-year-old father asks her to come to Ireland to help him retrieve documents related to his genealogy, Alison does so, knowing he’s declining with Parkinson’s and that this might be a chance to reconnect. But the adventure winds up bringing more than she ever expected, including new insights into the life of her gay dad. On sale now.

Sam has written a successful book about everything from gay sex to real estate. But he is not a happy man. So when he hears word of a travelling shaman who can “fix everything that’s wrong with you in three days,” he’s ready to sign up for a week-long healing session. Lansky’s piercing novel is a send-up of America’s wellness obsession, but it goes beyond satire to probe compassionately the experience of a profoundly anxious soul. Coming out June 9.