A STREETCAR NAMED DESIRE by Tennessee Williams (Soulpepper). At the Young Centre for the Performing Arts (50 Tank House). Runs. 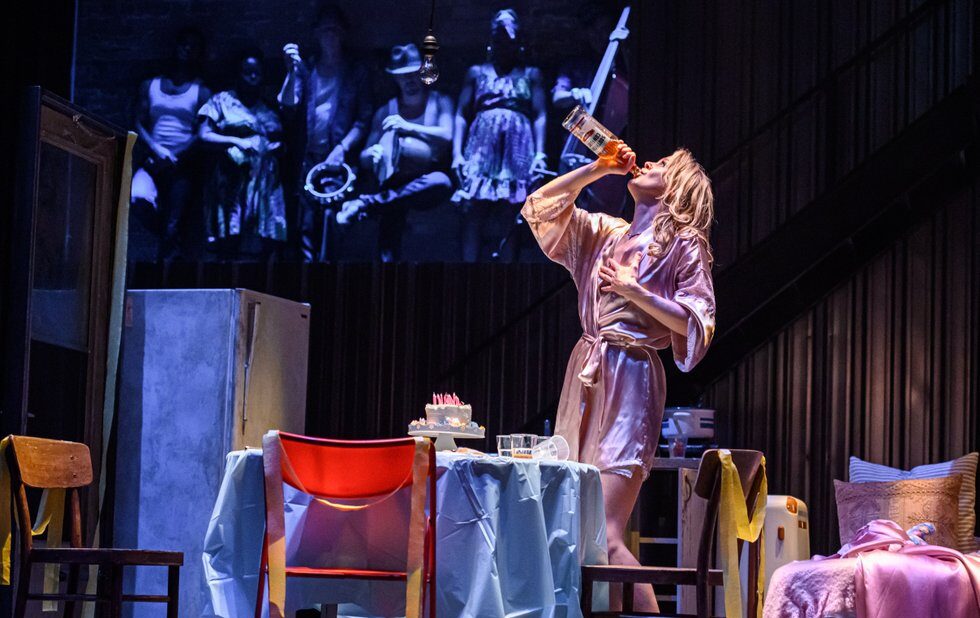 Whether youve seen it staged before, have only watched the (slightly censored) film version or merely recognize lines like I have always depended on the kindness of strangers from pop culture, you need to hop onto A Streetcar Named Desire.

Directed by Soulpeppers new artistic director Weyni Mengesha, this production of the Tennessee Williams classic is, quite simply, a revelation. And it has something to offer everyone.

Blanche is staying an unspecified amount of time the familys plantation, Belle Reve (or beautiful dream), has been sold but her old-fashioned, genteel ideas about comfort and graciousness contrast with Stanleys earthy, practical approach to life. Soon Stanley discovers the brutal truth behind Blanches flight, and their ensuing battle becomes the driving force of the play.

Mengeshas handling of the contrasts between poetry and realism is effective without ever seeming overdone. The prelude to Stanley and his buddies poker game becomes a frenzied ballet of macho posturing, underscored with a literal jazz number sung by company member SATE and others. Mike Rosss musical direction evokes New Orleans effortlessly.

Lorenzo Savoinis set is dominated by walls of aluminum siding, suggesting factories or garages. These walls occasionally slide open to reveal surprises, the surfaces reverberating in the plays most dramatic moments to riff on the resonant title. (Debashis Sinha is the sound designer.)

And Blanches bittersweet memories of her past are accompanied by a music-box motif that never feels contrived.

This is one of the few shows Ive seen where if all the dialogue were stripped from the play and we were left with lighting (by Kimberly Purtell), music and sound, audiences would still understand the characters and their actions.

Ah, but what performances! Gregory Prests Mitch, whos initially drawn to Blanche, is charming in his clumsy, bumbling awkwardness, and then terrifying when he learns the truth. Akosua Amo-Adem and Lindsay Owen Pierre create drama out of bickering neighbours Eunice and Steve. And Doz, while she could add more shading to her Stella, is sincere and moving in her characters struggle between love for her sister and her man.

Fyfes Stanley is crafty and vital, always aware of his physical prowess and the connection between him and his wife. His bellowing of the plays most famous line is shot through with various emotions, not least abusers guilt.

Rutherford makes you marvel at every aspect of Blanche: her charm, pathos, vanity, desire and, perhaps most of all, her loneliness.