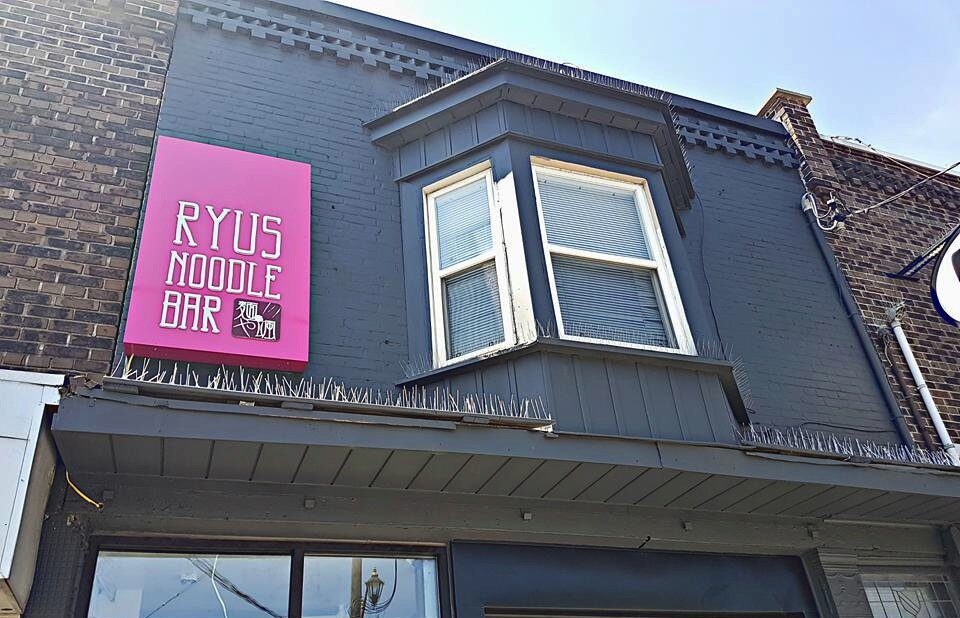 Beloved ramen spot Ryus Noodle Bar was taken out of commission last month when a five-alarm blaze destroyed its location on Baldwin and caused $2 million in damage. Since then, their fans have been waiting with bated breath for the return of their fave ramen bowls.

Looks like that day is coming soon – although customers will have to cross the DVP to get their fix. The restaurant has announced a second location is coming to 786 Broadview (at Danforth) signs went up last week and construction is in progress.

Until earlier this year, that storefront was home to Japanese spot Kobo Nobu before that, it was a pizza spot, and before that, a roti shop. It’s also located on a block of Broadview that’s hosted several other revolving-door food concepts and businesses. Hopefully, a proven restaurant concept like Ryus will be able to thrive where others haven’t.

Chef Ryuichiro Takahashi added via Facebook that they still plan to eventually reopen on Baldwin, though renovations are taking longer than expected.