Sukhothai is closing its original location 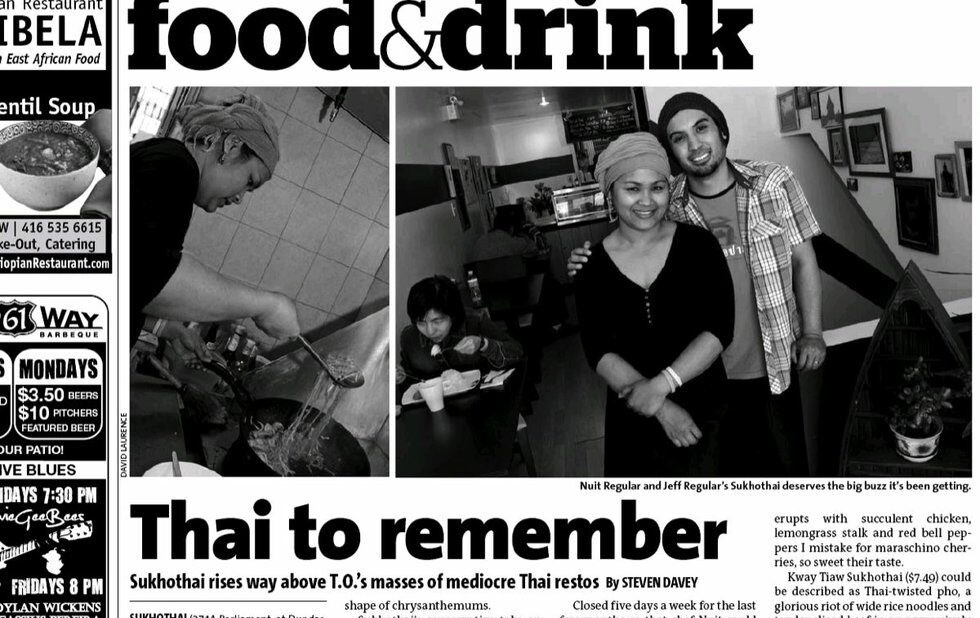 From humble origins on Parliament all the way back in 2008, Sukhothai soon snowballed into Toronto’s favourite Thai food franchise.

On the strength of top-notch renditions of classic Thai favourites, Nuit and Jeff Regular spun their restaurant into a miniature empire that has grown to include four Sukhothai locations, plus spinoffs Pai, Sabai Sabai and Kiin.

It looks like that empire is about to shrink slightly – sort of. In a post today on Sukhothai’s Facebook, the Regulars announced that the Parliament kitchen would no longer operate as a restaurant, and would be converted to serve as a commissary.

“Exactly 12 years later to the day, it’s time for a new chapter for Sukhothai Parliament as we’re repurposing the location to expand our kitchen,” the team writes. “While the floor won’t be open anymore, our team will be back there, still cooking up a storm of delicious Thai food by Chef Nuit.”

Those looking for a pad thai fix will just have to head to their locations at 52 Wellington East, 490 Front East and 1442 Dundas West instead.