A guide to progressive sex-ed resources for parents

These web series, fact sheets and workshops are aimed at parents who want to have engaging conversations with their kids on consent, gender, sexuality and more 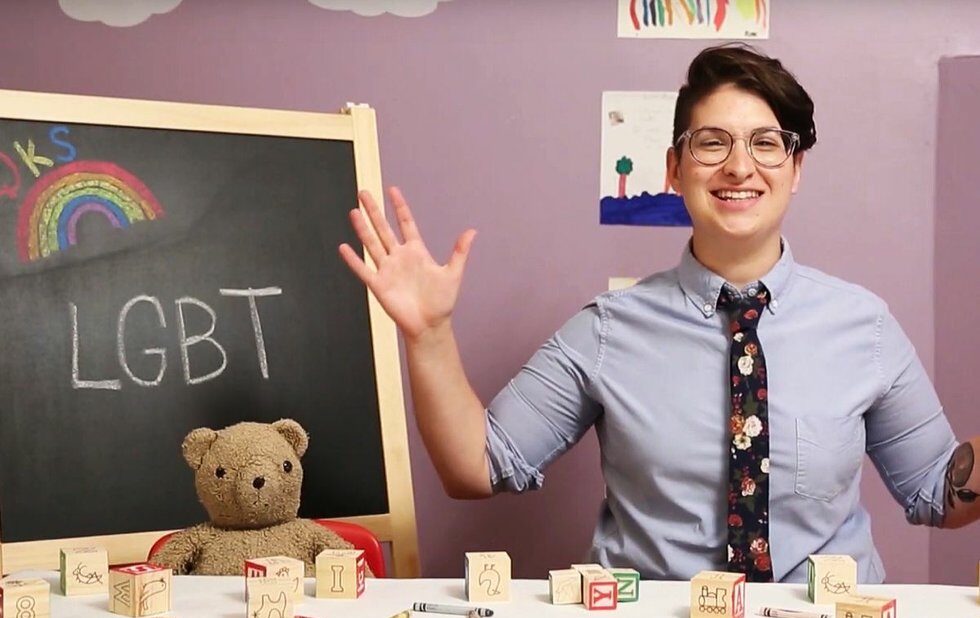 In late August, Ontario’s Conservative government released a revised health and physical education curriculum. Following Doug Ford’s campaign pledge to scrap the Liberal sex-ed curriculum from 2015, a return to the 1998 lesson plan and a year of consultations, most topics from the Liberal curriculum remain, with shifts around sexual orientation, gender identity and consent.

In terms of changes to the 2015 curriculum, gender identity and expression have been moved from grade 3 to grade 8, and mentions of LGBTQ+ families have been removed.

“Research suggests that children start discovering and articulating their gender identity around age three to five,” explains Makeda Zook, the health promotion and education officer at Action Canada, an Ottawa-based charity that promotes progressive sexual health and rights. “Removing gender identity from grade 3 and placing it in grade 8 undermines the creation of safer and supportive school environments, which are key to ensuring the health and well being of trans and gender non-binary students.”

She adds that studies show impacts of “stigma, invisibility, fear of coming out, and opportunities for discrimination and bullying can be felt by anyone in or perceived to be part of the LGBTQ+ community, including those from queer/trans families and students who express their gender outside of binary expectations.”

Notably, the Conservative government is requiring schools to develop a policy that allows parents to opt their children out of the sex-ed curriculum. When it comes to education concerning diverse gender and sexual identities, preventing homophobia, transphobia, and gender-based and sexual violence, Zook says opting kids out directly contradicts human rights that are protected provincially, federally and internationally.

Evidence supporting comprehensive sex ed has repeatedly demonstrated positive effects. In the Netherlands where sex ed starts at age four, young people are more likely to delay sexual activity and will use condoms and other contraceptives when they do become active (leading to lower rates of STI transmission and unintended pregnancies). Gender equitable attitudes, empathy and inclusiveness, positive body image and the ability to distinguish between healthy and unhealthy relationships are all promoted.

Upholding a strong sex-ed curriculum in schools is a baseline societal good. There are also a number of alternative resources for parents looking for ways to have engaging conversations with their kids, ranging from community workshops to easily accessible web series.

In Sex-Ed School, dialogue is normalized in a classroom setting – each episode feels like a live recording and kids are given the opportunity to voice their questions to adults. Topics range from gender and orientation to social media and online safety, and occasionally feature guests who speak about real-life experiences.

Queer representation and content for children is limited, so New York-based kids content producer Lindsay Amer created this LGBTQ+ web series for families with preschool-age kids aged 3 and up. Amer’s goal is to eliminate stigma via entertaining and educational explanations with a strong social justice context. With the help of guests and their best stuffed friend Teddy, Amer uses a vlog format to explore queer topics with a focus on love and family.

Closer to home, the local branch of sexual health non-profit Planned Parenthood offers a range of fact sheets and workshops for youth communities throughout the city. Among these are peer-led educational programs TEACH (Teens Educating and Confronting Homophobia), SNAP (Supporting Newcomer Access Project) and Youth & Masculinities Peer Project. Most are aimed at kids aged 13+. For younger children, they recommend checking out the City of Toronto sexual health information portal for guidelines and library resources.

The Church Street community centre hosts drop-in programs and engagements for LGBTQ+ families at their Church Street location, and while there aren’t any dedicated sex-ed classes, the community space promotes learning and awareness through direct interaction with other families in an inclusive and safe space. The 519 also serves as a connection point for parents who need referrals or support.

Those looking to stay informed on the status of sex ed can follow advocacy and movement-building groups Action Canada and We Have Your Back Ontario.