NOW MagazineLifeFinanceToronto wants to digitize 3,000 independent stores by the end of August

Toronto wants to digitize 3,000 independent stores by the end of August 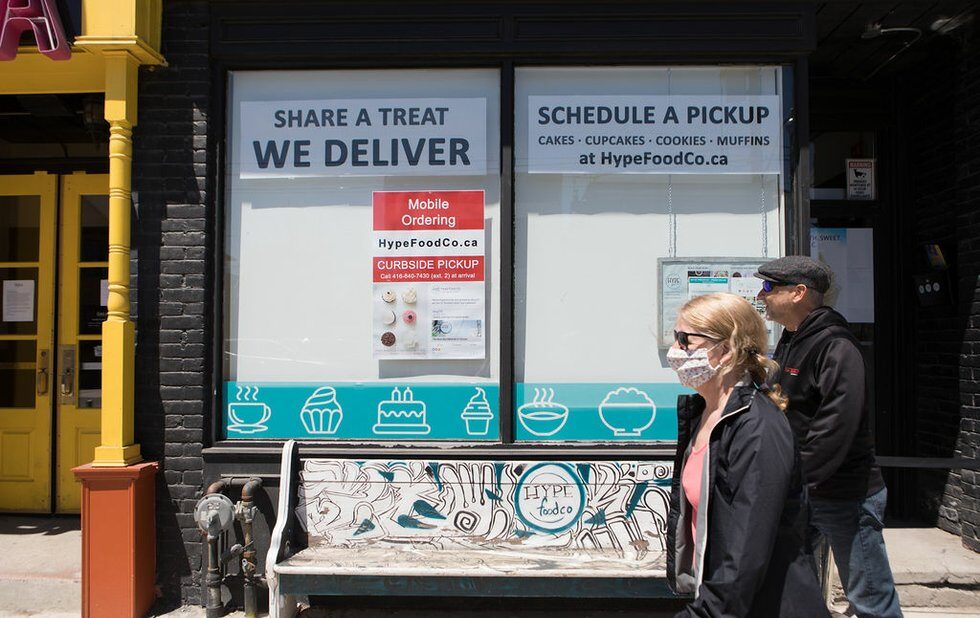 Street-facing retailers across Ontario were allowed to reopen this week. Not all did. Even for stores that are operating again, it’s not business as usual – COVID-19 is still a threat, and even with physical distancing and safety protocols it’s likely going to be a long time before people feel comfortable shopping like they did before the pandemic.

Curbside pickup, delivery and e-commerce are going to be a major part of retail for the foreseeable future, whether or not the doors are open. For independent businesses to survive, they’ll need to sell online.

Last week, Toronto’s Digital Main Street initiative launched ShopHERE, a program designed to get the city’s independent shops and artists online for free. A partnership between the city, the Toronto Association of Business Improvement Areas and a huge swath of the country’s tech sector, both big and small, the program launched after just two weeks of development with a pledge to set up 3,000 online stores by the end of August.

In just a week, 7,000 applied. Chris Rickett, Toronto’s director of COVID-19 business mitigation and recovery, says the city is already looking to extend the program to the end of the year to get all 7,000 set up with e-commerce platforms.

“Many [retail businesses] are not going to survive if they don’t have a digital presence, and a lot of small independent businesses and artists don’t have the resources for that digital transformation,” says Rickett. “The quality of life we all enjoy in our city depends on vibrant main streets and arts and culture, so we had to ask: how do we keep that vibrancy alive? Now more than ever we need to reprioritize the things that make the city a great place to live. If it’s just people working in towers, it’s not a great city.”

To be eligible, businesses must have fewer than 10 employees or fewer than 25 if they’re a restaurant or a bar. They can’t be a corporate chain or franchise and must pay corporate taxes in Toronto. They can also be an artist working within the city. (As galleries and art festivals have closed, they also need a place to sell their works.)

Websites are being built by volunteer developers from tech companies across Toronto, including Global Skills Hub, FreshBooks, Brainstation and even Scotiabank. There are also 50 students from York University’s Schulich School of Business to help manage the sites once they’re live as part of a co-op program in which they’ll learn digital skills while getting paid by the federal and municipal governments.

Retail stores are built on Shopify’s platform – the local e-commerce company that’s now one of the biggest employers in Canada and continues to grow with a new lucrative partnership with Facebook. Restaurants and bars are built on Ritual ONE – the food pickup app is another Toronto-based startup that has grown beyond city limits.

Tech giants Google and Facebook are also onboard, providing training on how to place ads through their platforms and each providing $100 ad credits. Mastercard, meanwhile, is providing free cybersecurity tools and assessments.

The decision to partner with big third-party tech companies is the latest example of a public-private political partnership. The city was scrutinized for its partnership with Google-affiliated Sidewalk Labs for the Quayside Development, which raised questions around surveillance and data collection.

The program could also entrench tech giants Facebook, which just launched its Shops e-commerce platform, and Google into local retail, even if they’ve waived the setup fees.

Meanwhile, Shopify is free for the first three months, but after that stores either need to switch platforms or start paying the subscription fee ($30 a month for the basic plan). Ritual ONE, the website-integrated ordering outpost of Ritual, doesn’t force restaurants to pay commission, but it directs customers to download the regular Ritual app where orders do cost other restaurants a commission of 10 per cent on sales.

Sales commissions from delivery and takeout apps is a hotly contested topic in the city’s food scene.

Rickett acknowledges the criticism, but notes that it’s normal for online stores to incur some sort of costs. He estimates that a basic set-up for an independent business, including web development, management, consulting and construction, would otherwise cost $1,500. That’s money the stores, restaurants and artists are saving off the top.

He sees the involvement of the city’s tech companies as the opposite of the typical Silicon Valley disrupt-at-all-costs mentality. Instead of edging out brick-and-mortar businesses, they’re helping them survive the pandemic.

“It’s a real example of tech for good,” he says. “It’s Toronto tech coming together to support independent small businesses in the city. Because the things we all enjoy so much about city life – main streets, live music, arts and culture – are the things we’re at risk of losing. Nobody wants that to happen.”