I’m a body positivity advocate, but I didn’t start off that way. I was a competitive soccer player when I was younger, and as a teenager and during my 20s, I did some very harmful things to lose weight and stay thin. I struggled with binge eating and purging using laxatives. It took me until my 30s to realize that I’d struggled with an eating disorder my whole life.

Over the last few years I gained over 100 pounds. I deal with anxiety, ADHD and depression, and when I gained the weight, the depression got really severe – I wouldn’t leave my house for six months. I believed so strongly that my size was directly related to my self-worth and happiness. Diet culture was firmly ingrained in me – to me and my family, thin meant healthy. I remember telling them, “I’d rather be dead than fat.”

I decided I would try to lose weight during that process, I would pose in my underwear at iconic locations across Toronto, and anywhere else I travelled, in order to show that you’re beautiful in every shape and size, but also to document the weight loss.

I went to Nova Scotia and posed in front of the lighthouse at Peggy’s Cove. It was liberating, but it also made me realize that I was a hypocrite: I was promoting loving your body at every size, but I still hated myself. When I was a size 2 I thought I was fat, and at a size 18, I still felt the same way – the issue was my relationship with my body, not my size. I decided I was going to do something I never thought I had the strength to do: I was going to quit the diet, and work on learning how to love myself instead.

Now, a year later, I’m the most confident I’ve ever been. It took me stripping down to my underwear in public – most people’s worst nightmare – and being the most vulnerable I could be to become the most empowered version of myself.

I wanted other humans to be able to celebrate their bodies this way. People started to ask me if they could join the photo shoots, so I decided that I would drive across North America and hold shoots. I’ve done shoots all over Canada and the U.S. In December, I walked across the Brooklyn Bridge in my underwear with 200 other people as part of theREALcatwalk. Stripping down to your undies in public is nerve-racking – but it’s also the most empowering and powerful thing I’ve ever done.

I’m no less of a human being because of my weight. Your weight doesn’t define you – you get to decide who you are as a person. And I like who I am. 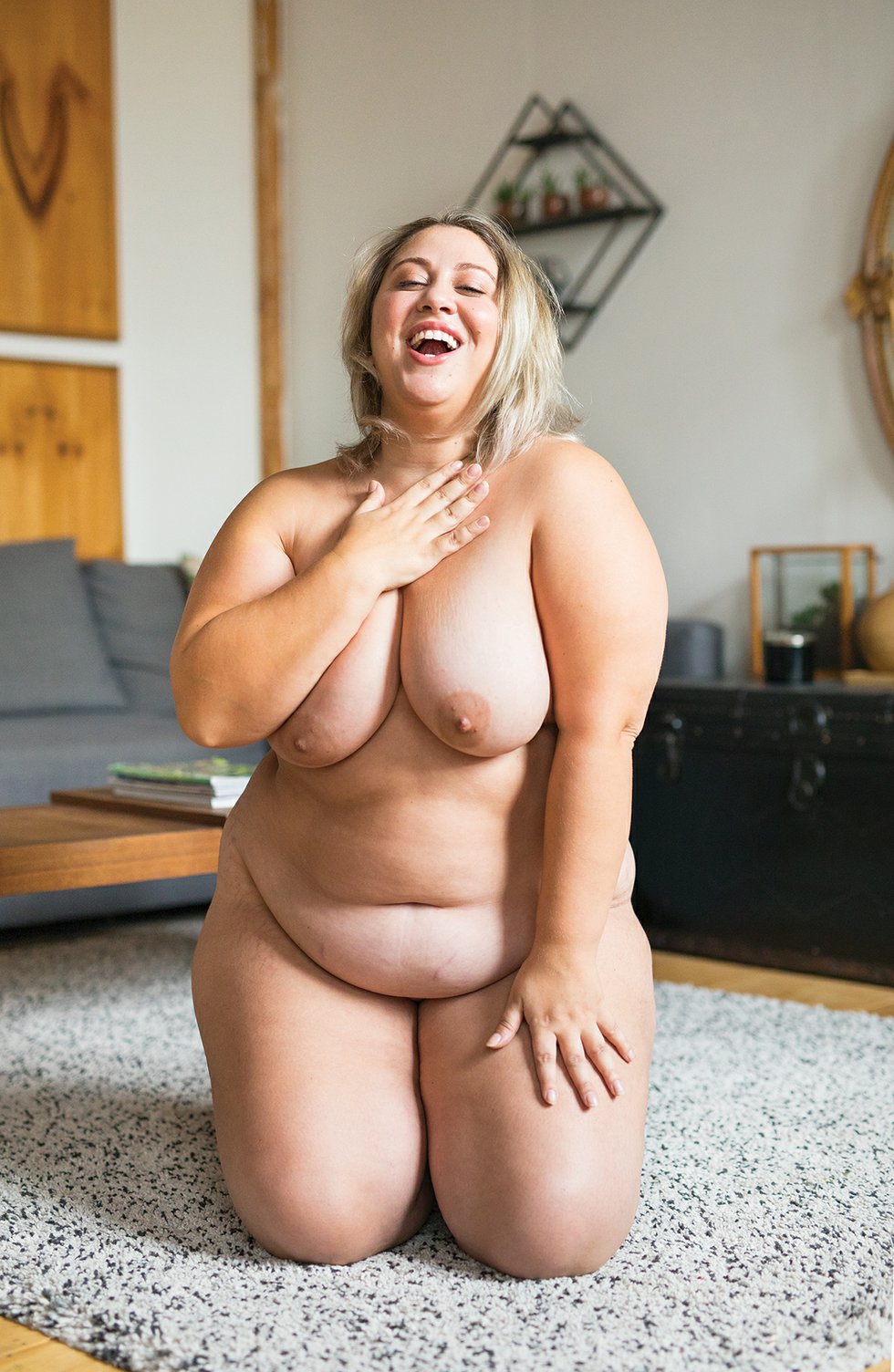