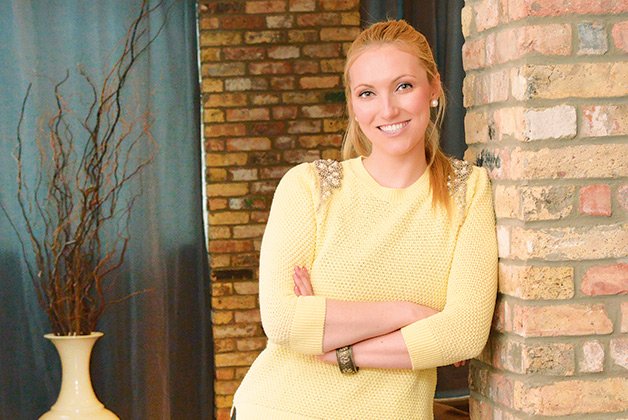 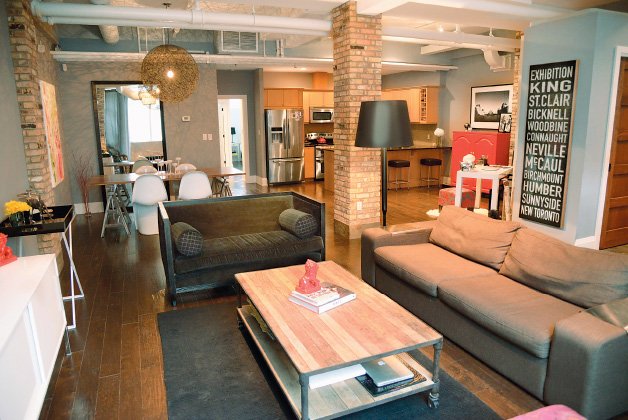 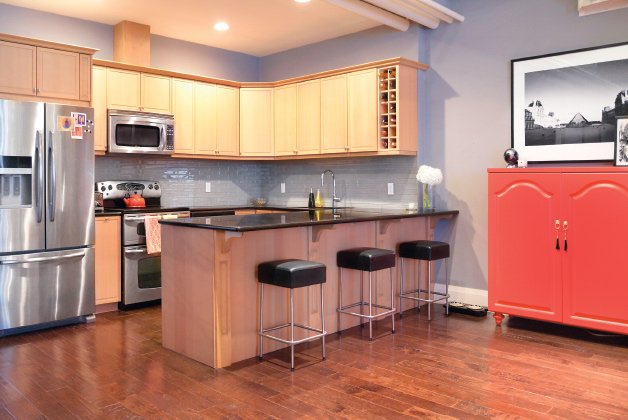 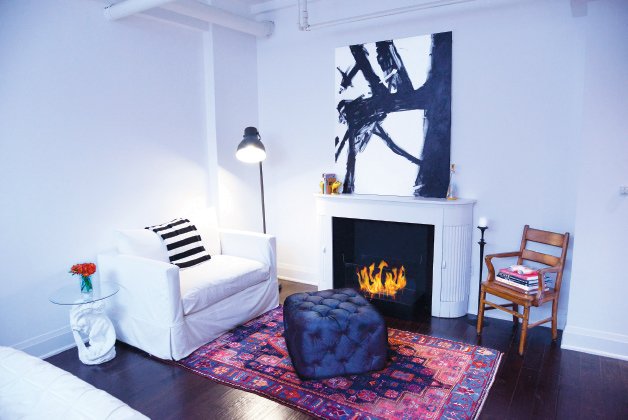 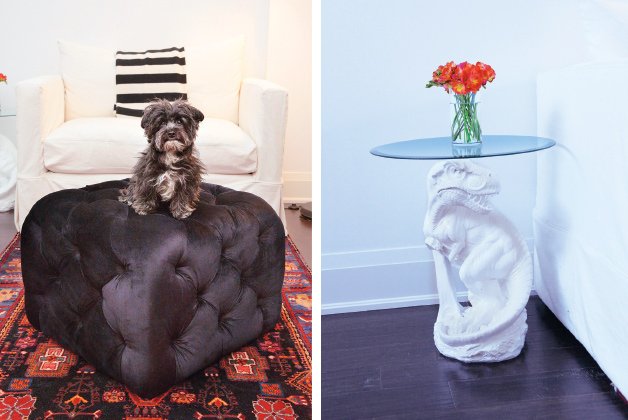 What to do when you grow tired of Liberty Village’s faux-community feel but lack the patience to wait for the neighbourhood to mature? If you’re Ryan Fisher, owner of Distrikt 461 group (SPiN Toronto, 2nd Floor Events, Desmond & Beatrice Bakeshop), you move a little west to the border of Parkdale and Roncesvalles.

“The area has a nice vibe. There are lots of smiles and genuine people with self-awareness,” says Fisher. “There’s respect for the people who have been here forever, while younger families move in to assimilate and fill in the gaps.”

He ended up finding his perfect place in the Robert Watson Lofts. A creative guy by nature, Fisher wasted no time gutting the space and completely reimagining the suite with the same pair who designed SPiN and 2nd Floor Events, Emil Teleki and Jessica Nakanishi.

They built a new kitchen, stripped the floors, totally redesigned the layout of the master bedroom and opened up the kitchen ceiling to reveal the unit’s raw underbelly.

“You probably can’t find an area that I didn’t change. Well, other than the brick,” says Fisher.

His favourite parts of the loft? The antique light fixtures and his unique bathroom without a door. “You can use the second bathroom if you’re shy!”

Wish list “I was very specific about the fact that I wanted an old-brick loft with high ceilings. Lots and lots of brick. If I could drape myself in brick, I would.”

Number of properties seen Six to eight places. “I knew what I wanted. It took me about 30 seconds in each place to know if it was or wasn’t for me.”

What he got A 1,465-square-foot, two-bedroom loft spread over two floors. Fisher has since opened up the second bedroom so it isn’t cut off from the rest of the unit. “There was so much potential with the high ceilings, brick and overall raw elements. I was excited to make it my own unique urban cave.”

What he says about the neighbourhood “I love this area. It’s got the best of everything: tree-lined streets, cafés, restaurants and parks. It’s also close enough to the core that it’s convenient, but removed enough that you feel like it’s still an escape.”