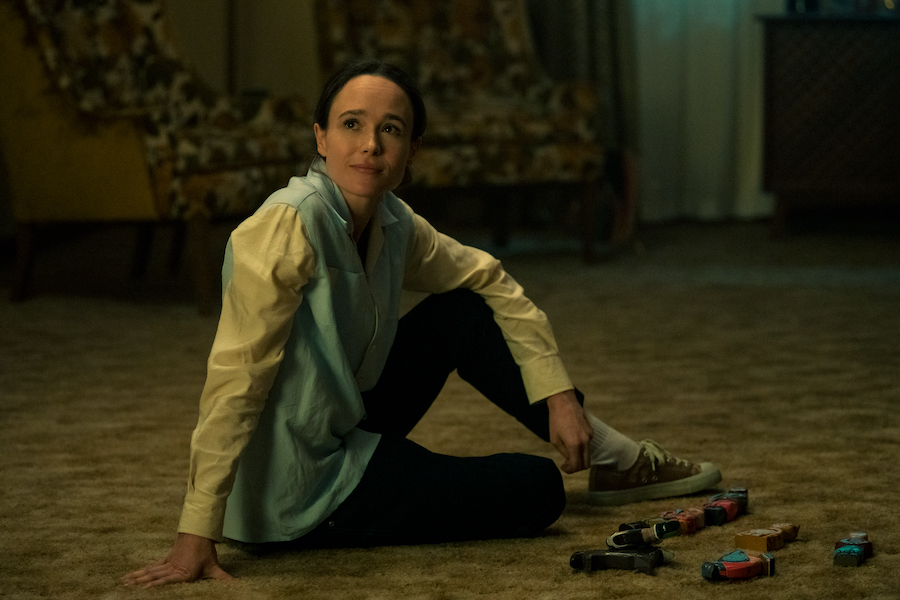 Elliot Page in a scene from The Umbrella Academy

Umbrella Academy actor and activist Elliot Page has come out as transgender.

“I want to share with you that I am trans,” Page wrote in a statement posted to social media on Tuesday, December 1. “My pronounces are he/they and my name is Elliot. I feel lucky to be writing this. To be here. To have arrived at this place in my life.”

Page has been on NOW’s cover twice. First in 2005, when former NOW writer Cameron Bailey declared the Halifax-born talent Canada’s next big movie star in 2005, right before Page broke out in Hard Candy and Juno. Page returned to NOW’s cover a decade later to discuss his starring role in Into The Forest and coming out as gay earlier that year.

“Lying by omission or keeping my authentic self hidden is such a toxic thing,” Page told NOW’s Susan G. Cole. “I’m getting to be who I am and exist in the world and make the projects that I like – the utmost privilege, of course.”

In his statement on Tuesday, Elliot Page celebrated this moment but also warned that his joy is fragile, especially when considering the violence the transgender community faces everyday.

“In 2020 alone it has been reported that at least 40 transgender people have been murdered, the majority of which were Black and Latinx trans women,” Page wrote. “To the political leaders who work to criminalize trans health care and deny our right to exist and to all of those with a massive platform who continue to spew hostility towards the trans community: you have blood on your hands.”

Page has starred in blockbusters like Inception and recent hit shows like Netflix’s Toronto-shot series Umbrella Academy, and recently co-directed a documentary on environmental racism, There’s Something In The Water.

“He will now be an inspiration to countless trans and non-binary people,” Adams wrote in the statement. “All transgender people deserve the chance to be ourselves and to be accepted for who we are. We celebrate the remarkable Elliot Page today.”