What to watch on Disney+ Canada in November 2021 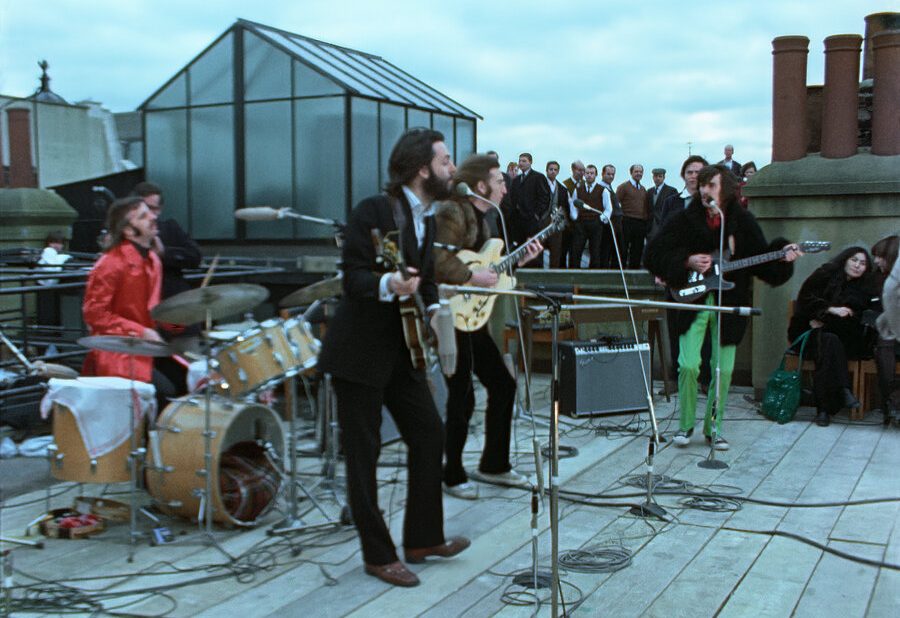 Our picks for the best new movies and TV shows coming to Disney+ Canada in November 2021.

It’s a big month for Disney+ Canada. You’ll notice quite a lot of programming is rolling out on November 12; that’s because the date marks the second anniversary of the streaming service’s launch. Maybe there’ll also be cake.

The Beatles: Get Back

Originally announced as a feature documentary, Peter Jackson’s look at the making of Let It Be (and the end of the Beatles) is now a six-hour miniseries rolling out over the U.S. Thanksgiving weekend in three parts. We will be there for every minute of it, even though the last thing Jackson released in three parts was The Hobbit and we all know how that went. On the other hand, Jackson’s last documentary project was the incredibly moving WWI tribute They Shall Not Grow Old, which demonstrated not just an uncanny ability to bring the past to life, but a willingness to tweak “official” history with unexpected bursts of feeling. And that could make a Beatles project awfully interesting. Premieres November 25

Kim’s Convenience breakout Simu Liu levels up as the star of Shang-Chi And The Legend Of The Ten Rings.

Shang-Chi And The Legend Of The Ten Rings

Missed it in theatres? Destin Daniel Cretton’s lush martial-arts adventure – which introduces some guy from Kim’s Convenience as Marvel’s latest superhero and even lets him do most of his own stunts – rides the whole Disney+ Day wave onto your screen, and they’re not even putting it on the Premier Access tier. And all kidding aside, we are ridiculously happy for Simu Liu, who not only gets to live out his lifelong dream of being an action star, but does it alongside genuine legends like Michelle Yeoh and Tony Leung. Awkwafina’s not a legend yet, but she’s here too, having the very best time. November 12

Under The Helmet: The Legacy Of Boba Fett

Introduced in The Empire Strikes Back and unceremoniously thrown into a Sarlacc pit in Return Of The Jedi, Star Wars’ original helmeted bounty hunter got his groove back in the second season of The Mandalorian, with Temuera Morrison donning the armour to help Pedro Pascal’s Din Djarin out of a jam or two. And now that Disney is spinning the character into his own show, The Book Of Boba Fett, they’re teasing that with a special examining the character’s enduring presence. We’re just curious to see whether they’re willing to admit that Boba’s first appearance was in an animated segment of the infamous Star Wars Holiday Special. Don’t hold your breath. November 12

You thought M.O.D.O.K. was as weird as Marvel could get? Well, now there’s an animated series about a Japanese snow monkey schooled in the ways of the assassin to seek revenge on a Tokyo crime syndicate for… reasons. (In the comics, the character went after Deadpool on several occasions, and actually managed to shoot Spider-Man at one point, so one would do well to take him seriously.) Jason Sudeikis is the voice of his spiritual mentor – a literal spirit – George Takei and Olivia Munn are the humans destined to cross paths with the hairy avenger. Showrunners Will Speck and Josh Gordon directed Blades Of Glory and Office Christmas Party and the Will Arnett series Flaked, which means we have no idea what to expect from this. Premieres November 17

It’s fair to say Jeremy Renner’s Clint Barton is not the most engaging Avenger. Yes, he’s good at archery and holding grudges, but his power set is pretty piddly compared to a Captain America, the Hulk and Thor. So spinning him off into Marvel’s latest miniseries makes sense: he can operate at a more appropriate scale, and the six-episode run should allow Hailee Steinfeld plenty of time to steal scenes as Barton’s protege Kate Bishop. And yes, Lucky The Pizza Dog is in there somewhere. Premieres November 24

Here’s the full list of new titles available on Disney+ Canada in November 2021 by date:

Adventure Thru The Walt Disney Archives
Mission To The Sun
A Muppets Christmas: Letters To Santa
20/20: The Most Magical Story On Earth – 50 Years Of Walt Disney World

The Beatles: Get Back (part 1)

The Beatles: Get Back (part 2)
Deck The Halls: A Mickey Mouse Christmas Special
Ernest Saves Christmas

The Beatles: Get Back (part 3)