Agnes Varda is so much more than her grandmother image 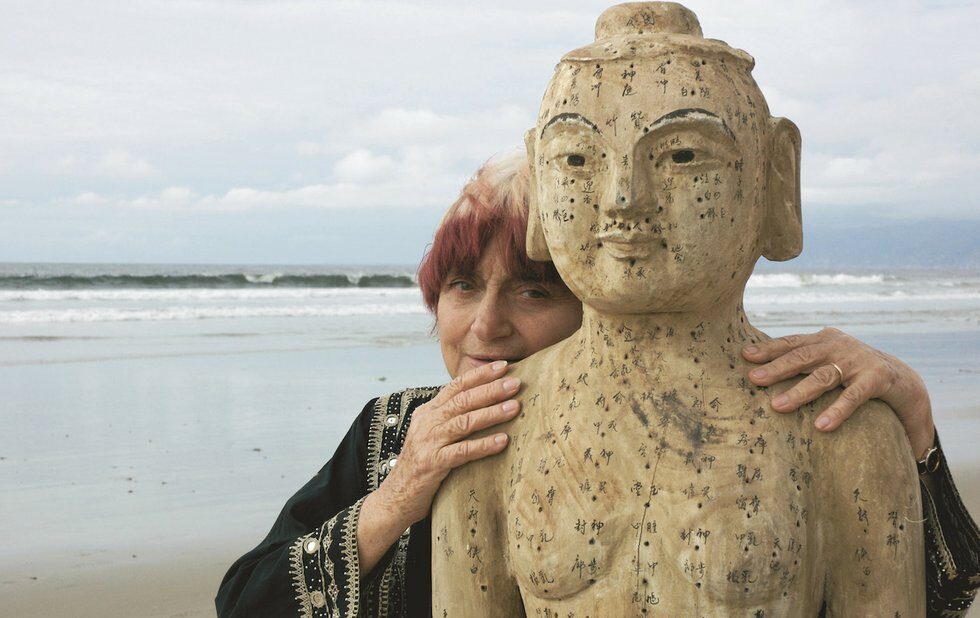 Agnes Varda revisited many of her cinematic collaborations in the 2008 documentary The Beaches Of Agnes.

When asked about her long-time honorific as the Grandmother of the French New Wave, filmmaker Agnes Varda is good-humoured.

Indeed, at 89 the venerable Varda appears to have aged gracefully into her title, with her diminutive stature and shock of white-and-burgundy hair having become a fixture of both her late-period documentaries and her recent social media presence during the Oscar campaign for Faces Places (co-directed with artist JR).

But it seems not entirely fair that a female filmmaker was being called a grandmother before she had turned 30. It strikes as a backhanded compliment, a way of paying lip service to her work without giving full credit to her artistic contribution. Its a feminized title that has more to do with nurturing rather than creation, a diminishing way of allowing one of the girls to play the filmmaking game without letting her make the rules.

Which is unfortunate, as Varda is a unique presence in French cinema, both now and at the height of the French New Wave. In both her fiction features and documentaries, she treats her subjects especially women with unparalleled empathy and understanding. This is one of the reasons why we at cleo, the feminist film journal I co-edit, took our name from Vardas 1962 film, Cleo From 5 To 7, in which a female pop singer comes to terms with a potentially life-altering diagnosis. The films thoughtful treatment of the female experience matches our own ethos when considering film and film culture from a variety of feminist perspectives.

This is also why were excited to be co-presenting a retrospective of Vardas work at the TIFF Bell Lightbox. At a time when female directors are finally being given the chance to shine, its worth not only celebrating one of the greats who paved the way, but re-evaluating her place within film history.

The French New Wave, or Nouvelle Vague, was a movement in France that stretched from the late 1950s through the 1960s. It was characterized by a mode of filmmaking that eschewed traditional means of financing and production in favour of low-budget features that took more inspiration from Hollywood genre films than the historical and literary influences that typified French cinema at the time.

Vardas debut feature from 1955, La Pointe Courte, about a married couple who travel to the husbands hometown in the South of France in the aftermath of an infidelity, is stylistically consistent with the aesthetics of the French New Wave. Both with regards to its economical use of on-location filming (it was filmed in a small fishing community in Sete, France, where Varda spent part of her childhood) and mix of professional and non-professional actors, the film has not traditionally been considered a part of the movement.

One reason is that it doesnt fit comfortably within the established chronology of the French New Wave, having been made a few years before the movements usual agreed upon starting point, which is marked by the releases of Claude Chabrols Le Beau Serge in 1958, Francois Truffauts The 400 Blows in 1959 and Jean-Luc Godards Breathless in 1960. Only her second feature, Cleo From 5 To 7, has been considered an official part of the movement.

And so Vardas position has always been that of an outlier. Truffaut, Chabrol, Godard, as well as Eric Rohmer (My Night At Mauds) and Jacques Rivette (Paris Belongs To Us) each began their careers as voracious moviegoers and critics writing for the French film magazine Cahiers Du Cinema.

Varda, by contrast, was a working photographer and (according to her in The Beaches Of Agnes) had only seen 10 or 15 films prior to trying her hand at filmmaking with La Pointe Courte. Her cinematic bona fides up to that point had more to do with image-making than a working knowledge of film history, setting her apart from the boys club of cinephiles working in the French New Wave.

As well, her flexibility in moving between fiction and documentary throughout her career, and a willingness to collaborate with her subjects, has also marked her as a different type of filmmaker than the singular auteurist men of the New Wave. These collaborations have been both explicit, as with JR in Faces Places and Jane Birkin in Jane B. For Agnes V., and, in the case of La Pointe Courte, a collective effort. (In the opening titles, she credits the real-life denizens of the fishing village for their story contributions.)

However, this kind of creative generosity on Vardas part has led some critics to, perhaps unconsciously, downplay her role as director. In his Cannes coverage for The Brooklyn Rail, James Lattimer mentions JRs pernicious influence on Varda in Faces Places despite the films modus operandi of playful travelogue-cum-art installation being predated by Vardas own Mur Murs, The Gleaners & I and The Beaches Of Agnes.

Thankfully Vardas influence within the New Wave has enjoyed a rehabilitation, starting as far back as 1965 when French historian Georges Sadoul boldly rechristened La Pointe Courte as truly the first film of the Nouvelle Vague. But within the popular imagination, the designation Grandmother of the French New Wave has been a persistent one.

Whereas Varda has expressed enthusiasm about being bestowed the matronly title well before her grandmothering years, others mightve responded with anger or resentment, requiring a constant state of emotional labour that (as many women know) can consume all of your energy if left to fester.

Closing in on her 90s, Varda clearly doesnt have time for that. With Faces Places under her belt and another film in production, she still has more important work to make.