A Glitch In The Matrix: Are we living in a simulation? 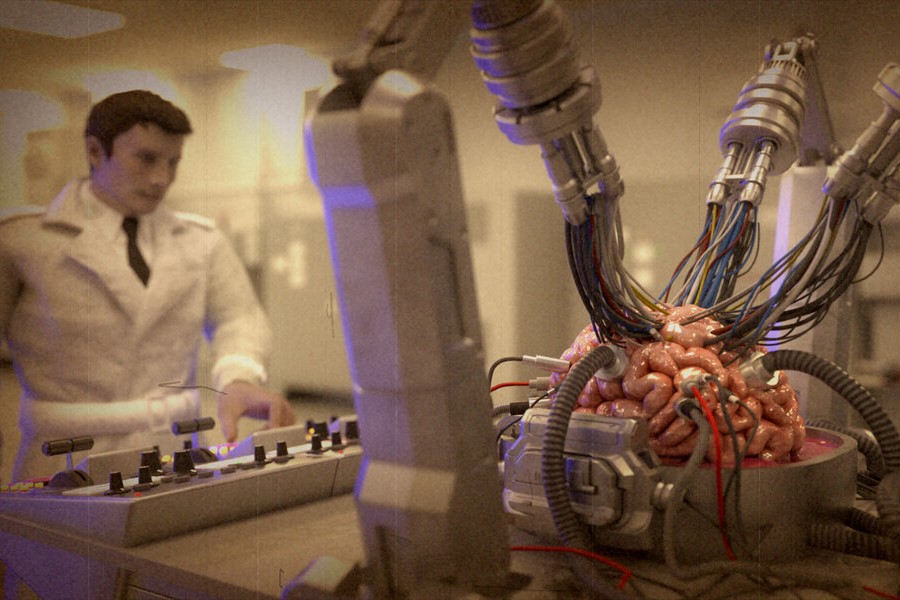 This you? Rodney Ascher's A Glitch In The Matrix suggests it might be.

Rodney Ascher’s new documentary A Glitch in the Matrix is a film about simulation theory – specifically, the idea that our reality, and we ourselves, exist inside a computer simulation so detailed that we can’t tell it’s artificial. Ascher interviews people who are positive that’s the case, and pretty sure they can prove it… even though there’s no objective way to do that.

The movie – which premiered last weekend at the Sundance Film Festival (virtually, of course) and arrives on VOD Friday (February 5) – wrestles with the same question Ascher explored in his previous documentaries Room 237 and The Nightmare: can we trust the evidence of our own senses? And… should we?

And while one might think it’d be difficult to find subjects to talk at length about how they belive reality isn’t, well, real… it wasn’t.

“They found us!” he says. “We announced that we were making the movie and we set up places online where folks could reach us. Plenty of people clearly wanted to talk about it – they reached out the same way, you know, you go on Reddit to ‘simulation theory’ or ‘glitch in the Matrix’ or ‘the Mandela effect’ – people are dying to discuss this stuff. These are questions that stick in there, grab ahold of them and won’t let go.”

One quality the proponents of simulation theory all seem to share is the sense that seeing through the veil gives them a special status: they’re the heroes of their own narrative, like Neo in The Matrix. (Ascher’s film employs the Wachowskis’ landmark sci-fi thriller as a running metaphor.)

But if you’re the only “real” person in your world, how does that affect your behaviour?

“That’s a question that, knock on wood, the movie tries to handle,” Ascher says. “There’s lots of conversations about solipsism – that if we’re in a videogame-type reality, what does that mean about the reality of the other people inside? I’m thinking of being old enough to play video games that were single-player, where were the ghosts in Pac-Man or the little fireballs in Donkey Kong were computer-controlled artificial phantom; it’s a big transition to watching my son play Fortnite, where every other character is tethered to a real human being on the other side.

“And it isn’t just you and me,” he continues. “Many of the people in the movie themselves are saying, ‘Well, if we’re in a simulation inside of some super-powerful computer, what does that mean about our obligation to other people?’ It’s a heavy question, and the conversation turned towards philosophy, religion and personal ethics much more directly than I had expected going in.”

You can listen to the whole conversation on the latest episode of NOW What, available on Apple Podcasts or Spotify or playable directly below: