The YouTube star from Scarborough gives a preview of her talk show A Little Late With Lilly Singh, which will make history when it debuts on NBC 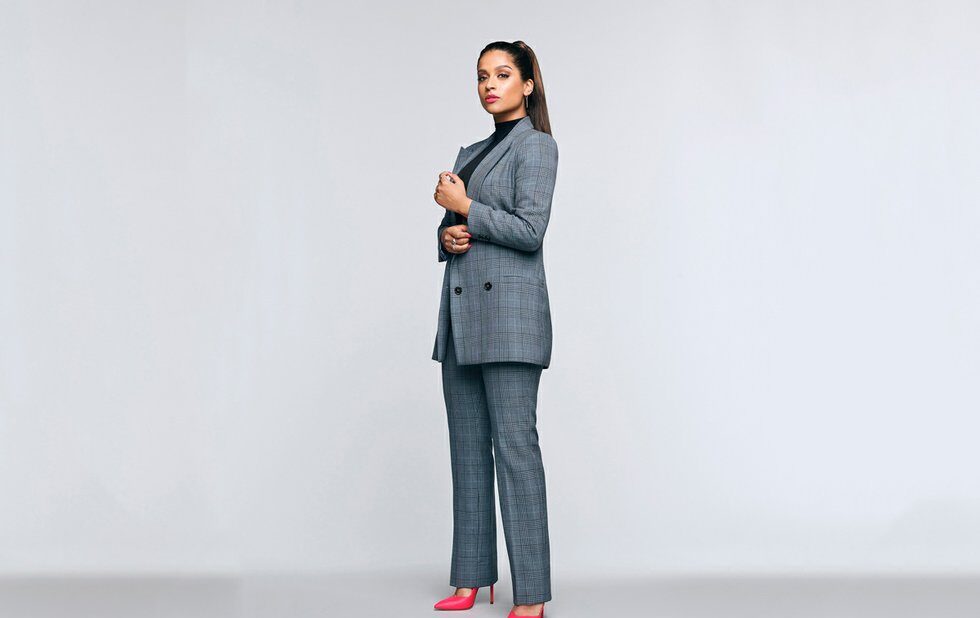 A LITTLE LATE WITH LILLY SINGH premieres September 16 and airs weeknights at 12:35 am on Global TV.

Lilly Singh, the Indian-Canadian Scarborough native who skyrocketed to fame with her Superwoman YouTube channel, is making history. She’s the first woman of colour to host a late-night talk show on a major U.S. network. She’s also queer.

Barriers will be broken when A Little Late With Lilly Singh premieres September 16. A drastically underrepresented demographic is getting a loud mic. But as NOW contributor Rachna Raj Kaur asked in a sharp and insightful assessment of Singh’s career in March, what will the YouTube star do with this opportunity?

“The reality of the situation is, I could do whatever I want,” says Singh when I interviewed her in June, addressing concerns that she’s a rather apolitical figure.

“I want my show to be representative of the world, which is why I don’t want to do a show that is just all American politics – especially being a Canadian. I want to talk about women’s issues, race and rights, but through sketch comedy. I’ve always felt that was the best vehicle to talk about issues because people are more receptive. I’m a woman of colour, I have to make social commentary.”

I’m coming to Singh with the same skepticism as Raj Kaur. The comedian is a safe choice for NBC. Singh is known for her positive spirit and goofy sketches. She’s groundbreaking on the surface, but her cheery vibe isn’t about ruffling feathers. She’s more in line with her NBC colleague Jimmy Fallon, the man who had Donald Trump on his show and could only work up the nerve to ruffle his toupée.

You may also wonder how far any host can dig into Trump on the very network that brought him into households via The Apprentice.

“There are so many people who do that so well already,” says Singh, referring to TV hosts willing to dig into politics and skewer Trump like Hasan Minhaj, John Oliver, Stephen Colbert, Trevor Noah and Samantha Bee. “It’s more beneficial for me to do things my way that maybe have not yet been done [rather] than trying to do something that’s already been done so well.”

For Singh, her show is both an extension of what she does on YouTube but also a chance to put her own stamp on what late-night hosts can do on television.

“I’m trying to throw in some take on a monologue, a guest, maybe a sketch, maybe a game,” says Singh.

It’s rare to leap from YouTube to traditional television, a move that almost seems regressive in an era where things are shifting from broadcast TV to online. But bringing a YouTube star to a traditional network is likely the appeal for NBC. With Kimmel and Noah being consumed through morning-after viral clips, it makes sense to bring in someone who knows a thing or two about writing comedy that works online.

Another criticism of Raj Kaur’s is Singh’s appropriation of Black culture. Citing a piece by McKensie Mack, Raj Kaur points out how Singh adopts braids, hip-hop slang and Caribbean accents. But unlike Black people, Singh can ditch such specific markers of race and sociology whenever it’s convenient – say, for a magazine cover (or perhaps for her new TV show).

Fellow Asian star Awkwafina has been taken to task for the same kind of appropriation, her “blaccent” in particular the focus in Lauren Michele Jackson’s essay in Vulture.

“Appropriation is a tricky thing in the 21st century,” writes Jackson.

I would add that it’s also a tricky thing in Scarborough, North York or any suburb where people from diverse backgrounds freely mingle. Just based on personal experience, I always have conversations about cultural appropriation in NOW’s pages, but never when hanging with friends,  family or in the barbershop in Scarborough. I put the appropriation question to Singh.

“I feel like a lot of times when we criticize someone, if we went to the place they’re from, we would get a lot more clarity as to why they are the way they are,” says Singh. “And I do feel like that with Scarborough. Especially because all my friends from Scarborough act exactly like me.”

That isn’t exactly a defense. Being from Scarborough – or Queens in Awkwafina’s case – isn’t an all-inclusive cultural pass. The people we hang with or grow up alongside may not be all that concerned with how cultural appropriation feeds into systems of oppression, but that doesn’t mean someone like Singh, who contributes to the culture on such a wide scale, can claim ignorance.

The flip side to all of this is that Singh’s cultural fluidity comes with engagement. Just look at her collaborations with King of Soca Machel Montano. He regularly gets a spotlight in Singh’s videos and vlogs. Few others in Hollywood even acknowledge soca’s existence. Like we said, the cultural appropriation conversation gets tricky.