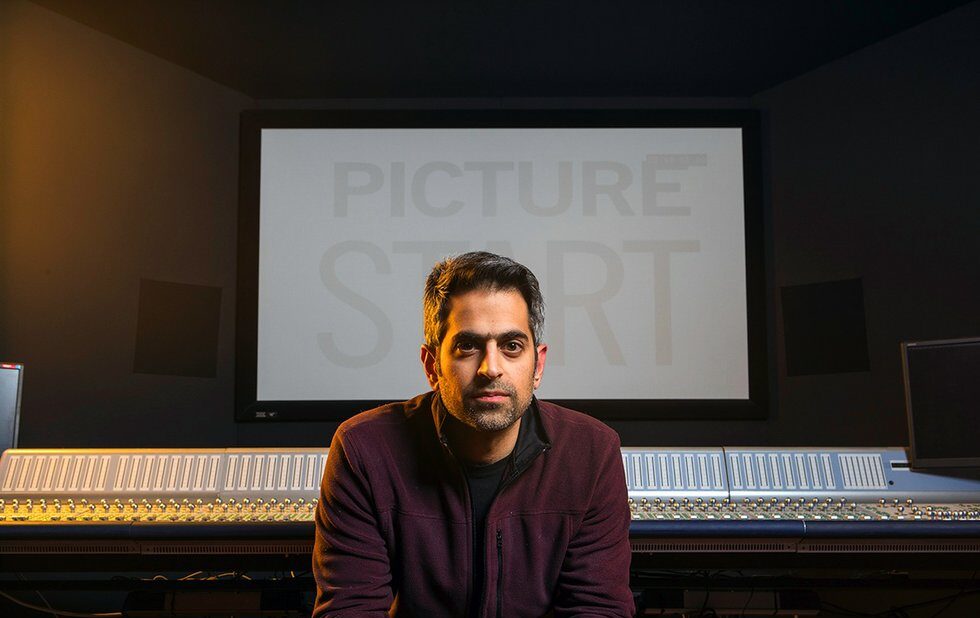 His 2007 debut feature, Amal, about a rickshaw driver in New Delhi, was meant to be a one-off calling card. Then he happened across a chain-wallah who inspired 2013’s Siddharth. And then came Ridley Scott, who tapped Mehta to turn crowd-sourced videos from YouTube into the 2016 documentary India In A Day. Despite being raised in the GTA, Mehta has distinguished himself among the few filmmakers rigorously and empathically tackling heavy social issues in India.

Now that platforms like Netflix are disrupting the screen industries in Hollywood and Bollywood and allowing new voices to be heard, more content coming from India is exploring the kind of harrowing subject matter that has never made Mehta flinch. Meanwhile, his work is about to reach his widest audience yet.

Delhi Crime, his seven-part procedural dropping on Netflix, painstakingly details the investigation and social fallout from 2012’s Delhi gang rape, also dubbed the Nirbhaya case, in which 23-year-old Jyoti Singh was beaten, raped and tortured with an iron rod by six men on a private bus. She died from her injuries two weeks after the assault. The crime grabbed international headlines, led to protests, riots and some vigilante fervour in a community trying to get a handle on the immense shock and horror and what they should do about it.

The series follows the police investigation spearheaded by the deputy commissioner of police Vartika Chaturvedi (Shefali Shah), who coordinated the hunt for the perpetrators. We don’t see the crime committed, but follow its immediate aftermath. Mehta focuses on the forensics, but as with his previous Delhi-set films, he’s eyeing the periphery.

The show takes place over two weeks in Delhi, observing a patriarchal society where women are routinely victimized, and a widening gap between classes fuels further hatred.

For a Canadian director now residing in the UK, the social structures that feed into gendered violence in India is topical everywhere. Mehta’s investigation into the subject kept bringing me back to the Toronto van attack, and the incel community that inspired it.

Mehta is in New Delhi, speaking to me over video chat in the morning, before getting back to work on Delhi Crime’s second season, which will tackle a different crime and likely be released next year. He took five years to develop the first – the last few months consisted of 16-hour days – and the process looks like it considerably aged him since our the last time I interviewed him.

That was in 2013 when Siddharth, Mehta’s devastating fictional story about an impoverished chain-wallah searching for his missing son, had just premiered at the Toronto International Film Festival. At that time, Mehta had just begun researching the Jyoti Singh case for Delhi Crime.

The filmmaker was in Delhi when Singh was attacked, completing post-production on Siddharth while following news reports about the Singh case and witnessing the fallout. Some time later, his family friend, a retired police commissioner, encouraged the Canadian director to consider making a film about the incident, offering access to case files and the investigating officers.

“I’m reading about evil,” says Mehta, describing the early stages in his three-and-a-half-year research and writing process. “Diving into it. Dreaming about it. Sleeping with it. Eating with it. I became anti-social in that [early] period. Then you continue on and start to put it together, formatting it in a way that’s palatable.”

He repeatedly met with Singh’s parents, reporting on what he was doing and asking whether they approved. The resulting procedural hangs close to police details and the environment they work in, and makes for an illuminative companion piece to compatriot Deepa Mehta’s 2016 film Anatomy Of Violence, which also took on the Singh rape case.

In that film, Deepa Mehta (unrelated) takes a compassionate but not at all forgiving look at the perpetrators, imagining the conditions in their upbringing and social life that might have led to such a monstrous act.

Anatomy Of Violence’s thesis is similar to that of the investigators interviewed by the Delhi Crime creator. The officers, who Mehta describes as “de facto psychologists after many years on the job,” point to the widening gap between the rich and poor, particularly over the last 15 years.

“You have more money in society literally presenting itself,” he says. “More infrastructure being built, more people are wearing their money, and less people have access to it than before. People at the bottom are physically seeing more money present and they don’t have it, which creates a kind of strife.”

The police also pointed to a boom in uneducated youth, particularly among males, and sudden access to pornography on basic smart phones consumed by many young men.

“You’re seeing women rise up [economically] in society in a manner that you’re not [doing],” Mehta continues. “If you’re taught to treat women a certain way – that they have a certain place in a patriarchal system – and see women rising [up] around you, you’re feeling more and more that you want to objectify them.

“All of these things converge and can create these types of explosions in very frustrated anti-social men. There is a swelling anger that manifests itself in psychotic behaviour.”

The overlap between that explanation and the frustrations and social behaviour attributed to incels in the West, particularly in the case of Toronto van attack culprit Alek Minassian, is not lost on Mehta. Anti-social behaviour, ingrained misogyny and a sense of entitlement are all at work.

That isn’t meant to minimize the issues in India, and certainly the statistic doesn’t take into consideration how many incidents go unreported. But for the director, that number narrowed the distance between East and West and unravelled the prevailing higher-than-thou attitude some Canadians feel toward Indian society.

In movies like Slumdog Millionaire, Lion and even those made by both Deepa Mehta and Richie Mehta, everything from sex slavery to political corruption in India is on display. And while those problems are also evident in Delhi Crime, Mehta found something inspiring to zero in on:  the Indian police officers trying to do good despite the obstacles they face. 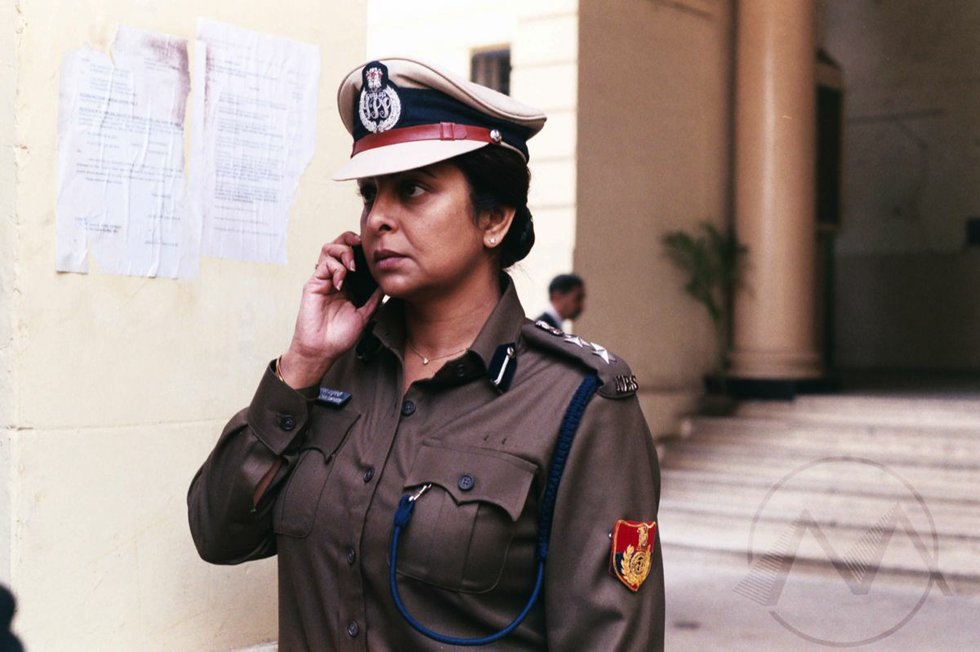 Mehta’s admiration for the officers involved in the Singh case isn’t an apologia for the rampant corruption within the force, from bribery to human rights abuses. The characters in Delhi Crime work to fight these issues.

In 2016, Human Rights Watch reported 591 deaths in Indian police custody between 2010 to 2015, a regular occurrence stemming from a culture of impunity. Even a perpetrator captured in the Jyoti Singh case died in custody. That was ruled a suicide, though some suspect otherwise.

Mehta likens that police culture to Serpico-era 70s New York City, and believes the Indian police system needs an overhaul. India upholds the Imperial Police Service left behind by the British. During the colonial period, the Brits were the officers and they relied on locals to be constables. Constables could never become high-ranking officers. That system remains, with class hierarchies dictating ranks.

“Incentive is the key to non-corrupt policing,” says Mehta, pointing out why a constable with no opportunity to move up in their career would be susceptible to bribery and more.

Mehta also acknowledges that women being afraid to report sexual assaults to police affects the statistics. But he’s also noticed, at least in Delhi, more female police officers at every station. India began introducing more all-female police stations in the early 2000s to push back against gender biases and make victims feel more comfortable. That led to a 22 per cent increase in reports of violence against women.

The compassion of a female police officer is what Mehta hangs his entire series on. Shefali Shah’s Vartika is based on Chhaya Sharma, the deputy commissioner of police who oversaw the Singh investigation. Called “Madame Sir” – because the patriarchy gets confused – Sharma is portrayed as a woman whose gutted, visceral response to the attack motivates her to go above and beyond and take total control of the investigation.

“It was her reaction to the crime that led to it being solved,” says Mehta.

When he met Sharma for coffee, the woman behind the counter at the café repeatedly refused to take the deputy commissioner’s money.

“She had this look of ‘My superhero just walked in,’” he says. “Imagine this happening in Toronto. Somebody is in awe of a cop!”

The conversation I’m having with Mehta today is a great deal more optimistic than the one we had in 2013, particularly when discussing Indian cinema as a whole.

At that time, it seemed like Deepa Mehta and Richie Mehta were the only prominent filmmakers grappling with India’s social issues. Meanwhile, Bollywood spoon-fed audiences glamour and fantasy.

“[Bollywood filmmakers] could be more mindful of the power of what they are able to do,” Mehta had said at the time. “But they aren’t, by and large.”

But then along came stellar work like The Lunchbox, Court and, more recently, Village Rockstars. Those are indie films, but Mehta points out that such distinctions are breaking down, as even more Bollywood films like Aniruddha Roy Chowdhury’s Pink and Shree Narayan Singh’s Toilet tackle gender and social issues.

“Things have changed so much,” says Mehta. And at the risk of sounding like he’s stumping for his benefactor, he credits platforms like Netflix and Amazon Prime Video for aiding that progress, giving new voices opportunities to make compelling projects, and giving audiences access to discover them.

Amal and Siddharth were not released in India until they hit Netflix. Soon after Delhi Crime drops, expect Deepa Mehta’s new series, Leila, on the platform as well.

“Filmmakers, artists and creators are enabled to finally do the thing they’ve been fighting so hard to do. It’s edgier work, more probing. And there’s more grey zone.”