Rob Ford was the talk of SXSW’s Canada House

Mayor John Tory has no plans to watch Run This Town, but the undeniably entertaining movie about his predecessor's crack-smoking scandal was on everyone else's lips 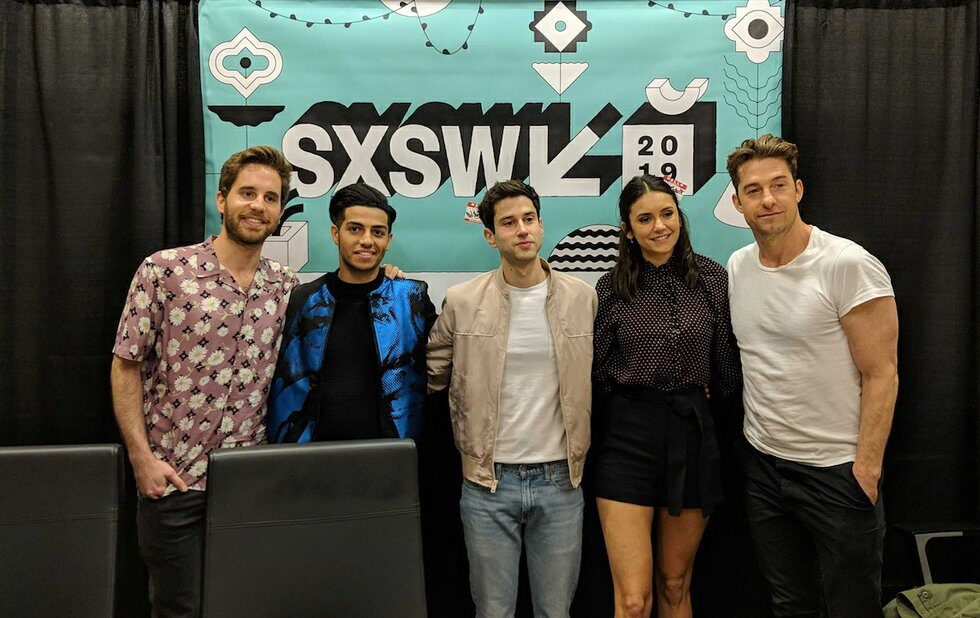 AUSTIN, TEXAS – Toronto’s mayor John Tory was at South by Southwest as a movie about his controversial predecessor Rob Ford premiered.

Run This Town takes on Ford’s crack-smoking scandal through the lens of a fictionalized journalist and the young political aides at city hall left to clean up the mayor’s mess.

“I’m not going to see it,” Tory told NOW on Sunday at Canada House, a pavilion set up by Telefilm Canada (alongside so many more organizations) in Austin to promote the maple leaf and all the content it has to share with the world.

Tory is at SXSW to promote Toronto as a tech hub accommodating new investments. His agenda didn’t make room for him to attend the Run This Town premiere on Saturday night. But his intentions to not see it go beyond this particular festival.

“Rob Ford was somebody I knew,” Tory explains, “as I know his brother, mother and father. To me that was an overwhelmingly sad chapter. There’s lots of people in Toronto today who have issues with addiction and mental health. When you look at somebody who has all those personal issues….”

Tory trails off, lost in feelings about Ford’s personal issues as well as that extremely tumultuous period at city hall.

“I have no idea if the movie is exploitative,” says Tory. “If it was on Netflix sometime, I might call it up. But I won’t be rushing to go see it.”

Exploitative isn’t the word I would use to describe Run This Town. The undeniably entertaining dark comedy written and directed by Ricky Tollman – whose skill and style recall a young Jason Reitman – has Damian Lewis putting on a distracting fat suit (think Mike Myers as Fat Bastard) to play Ford, and managing a pretty decent performance from underneath it.

But the movie belongs to Mena Massoud and Nina Dobrev as Ford’s special assistants. They try their best to manage Ford’s disastrous temperamental and misogynistic outbursts and his rhetoric on immigrants. Meanwhile they have to work on turning the tables on snoopy journalists by labelling the media the taxpayer’s enemy.

The film has obvious relevance to the U.S. audience at SXSW, since Ford foreshadowed what was coming to the White House.

“We all related to the material and saw a parallel universe between what’s happening in the states right now,” says Dobrev. “Rob was the precursor, the first one, the warning that nobody listened to.”

The biggest problem with Run This Town is how it completely erases the investigative work done by Robyn Doolittle and Kevin Donovan, instead focusing on a fictional journalist played by Ben Platt, who struggles to keep up with a story breaking elsewhere. The movie counters its erasure with a discussion on white male privilege, which Platt’s character Bram struggles to own on a few occasions.

At the premiere, Dobrev also spoke about her character’s own relevance to the #TimesUp moment. The first business Dobrev’s Ashley Pollock attends to is squashing mayoral candidate Sarah Thomson’s groping accusation against Ford in the media. 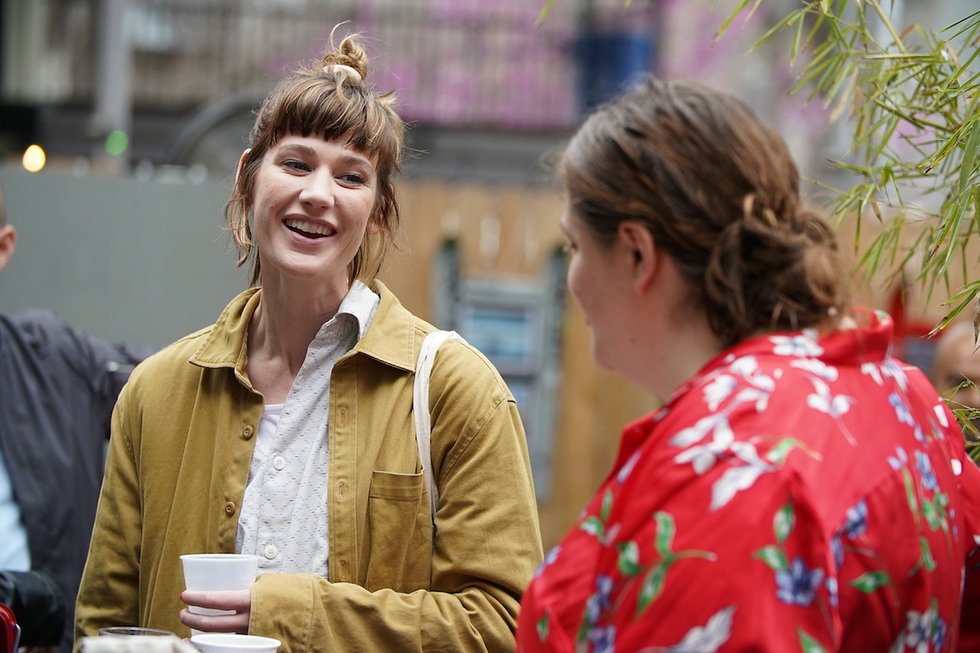 A much smaller but equally potent take on toxic gender issues can be found in fellow Canadian Grace Glowicki’s film Tito.

The actor is at SXSW with her directorial debut, a strange and comical experimental film with a plot that can be summed up as “two dudes relate over food and things go South.”

Shooting on a $12,000 budget, Glowicki exerts total command over the material and mood, dredging up anxieties, discomforts and laughs with both the film’s style and her own physical performance. She plays Tito, a man terrified by the world outside and even by his own body. Tito moves awkwardly around spaces, not trusting what lurks without and within. And he’s terrified by a neighbour presenting himself as a friend (played by Glowicki’s personal and professional partner Ben Petrie). The film scored a special jury prize at SXSW for “original vision.”

Glowicki was joined by Run This Town director Tollman on a Canada House Meet The Filmmakers panel moderated by NXNE president (and NOW co-founder) Michael Hollett. The panel also included veteran filmmaker Ron Mann who brought his Greenwich Village music doc Carmine Street Guitars to the fest. Mann didn’t have to travel far since he’s made Austin his winter home.

After discussing their individual projects, the filmmakers talked about the support they’ve received from their peers in Canada.

“It’s a pretty small scene,” said Glowicki, speaking specifically about Toronto where all three filmmakers hail from. “But pretty high density in talent.”

Glowicki and Petrie raised the funds for their film from their peers, and even received a favour from Run This Town’s director of photography, Nick Haight.

“His DP gave us his camera for free,” said Glowicki. “There were all these beautiful favours.”

“I wish he gave us his camera for free,” Tollman responded. 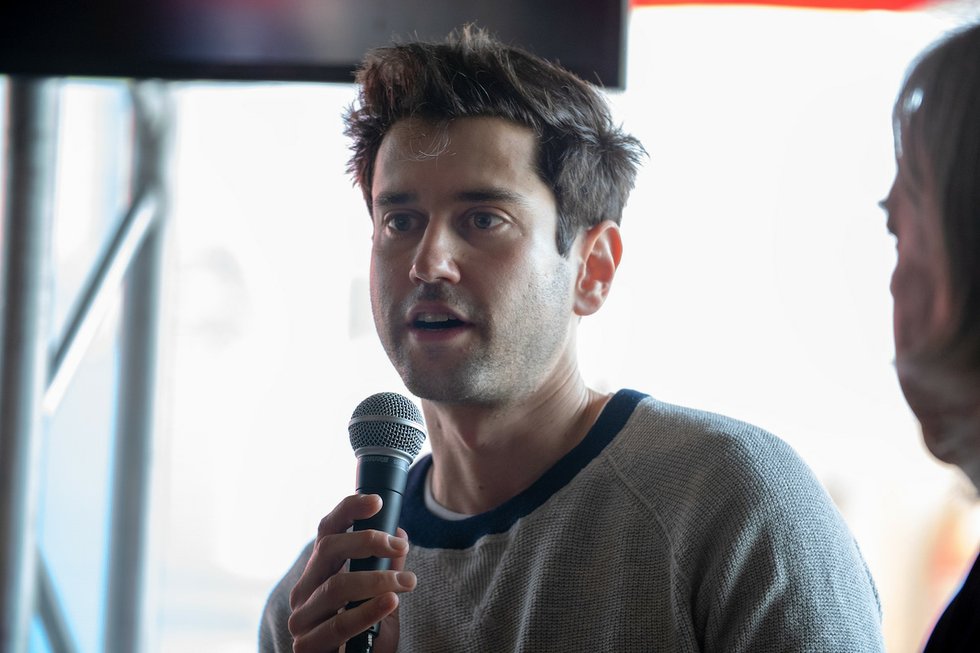 Run This Town director Ricky Tollman addressed criticisms that he erased reporter Robyn Dolittle from the Rob Ford narrative during a panel at Canada House.

Mann also kicked off praise for the institutional support provided to filmmakers in Canada from agencies like Telefilm and the Ontario Media Development Corporation. Run This Town was backed by Telefilm. Tito received a Toronto Arts Council grant as well as a festival grant from Telefilm that helped them travel to SXSW. (Full disclosure: I received a Telefilm travel grant in order to cover these filmmakers at the Austin festival.)

The support also includes the Canada House pavilion, a drinking and event venue with some hoser decor, serving up maple-themed cocktails and hosting panels and meet-and-greets with Canadian musicians and screen artists.

“Ever since [Kim’s Convenience] dropped on Netflix international, the profile of the show has exploded,” said Lee, who explains that the new platform certainly beats the other way non-Canadian audiences have been consuming the show. “People were ripping and sharing it on BitTorrent sites.”

If Canada House was meant to promote all our local content to the SXSW audience, perhaps my own presence there complicated things. My Run This Town review is appreciative but not overwhelmingly positive, and it became part of the discussion at the filmmaker’s panel when Hollett asked the participants how they deal with reviews and criticism (both Hollett and Glowicki then jokingly pointed at me).

“Art speaks to different people,” said Tollman, before thoughtfully addressing the criticism about Doolittle’s absence from his film, a detail that had been brought up by the reporter herself when the film was in production.

“That will always be mentioned. I just have to come to terms with that. It’s just part of the narrative now. But you’ve got to look for the good stuff. You let that drive you. But you can’t only read the good stuff because then you’re not going to know what you need to work on. I like to figure out what I need to work on to get better.”