TIFF 2021, Day 3: Don’t let Learn To Swim be drowned out by bigger pictures

Toronto filmmaker Thyrone Tommy's first feature might be small in stature, but it deserves as much attention as any of this year's galas 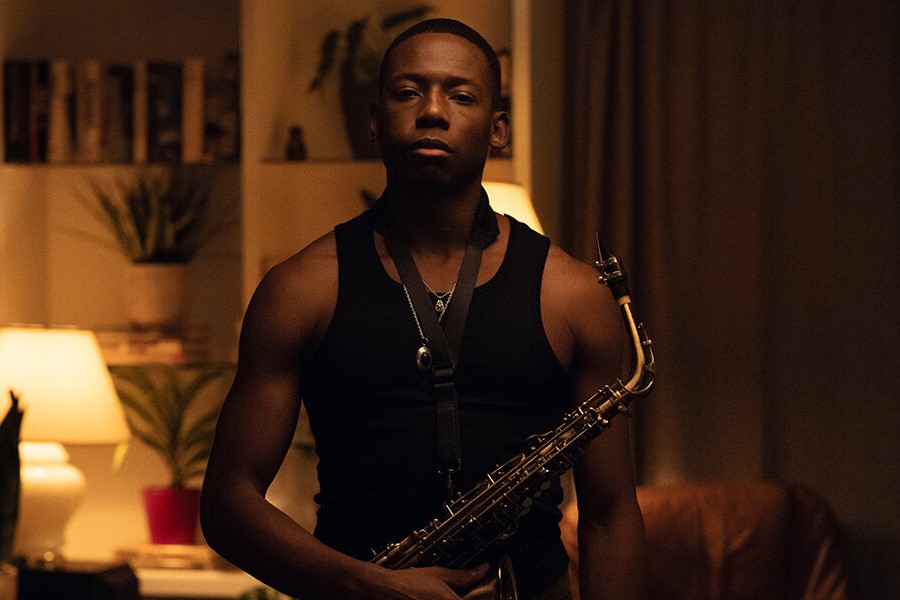 Today is the 20th anniversary of 9/11. It was horrible, and thousands of people died, and hundreds of thousands would die as a result of America’s response to that horror. But it wasn’t about me, and it wasn’t about TIFF. Moving on.

Denis Villeneuve’s Dune – well, technically Dune: Part One – arrives at the festival tonight, as a special event screening at the Ontario Place Cinesphere. I’ll have more to say about it tomorrow, because today it feels like I should be talking about another movie from a gifted Canadian filmmaker that’s at risk of being lost in the bigger picture’s wake.

That film is Learn To Swim, which is the first feature from Toronto filmmaker Thyrone Tommy, whose Mariner was one of the more striking shorts at TIFF five years ago, a vividly shot swirl of anxious energy surrounding a naval cadet trying to hold himself together. Learn To Swim reunites Tommy with Mariner’s star, Thomas Antony Olajide, and cinematographer Nick Haight, for a very different story.

Or maybe it’s not that different: like his character in Mariner, Olajide’s Dezi is a gifted young man who can’t get out of his own head. Though in this case that represents itself as a sort of clenched professionalism: Dezi is a talented jazz horn player and – we’re told – a producer who can bring out the best in the artists with whom he works, but by the time we meet him his confidence has curdled into impatience and hostility. He’s lost the ability to steer the music; when he feels something isn’t going as it should, he just shuts down and stalks off.

And then he meets Selma (Emma Ferreira), a singer on the way up. She’s got the backing of a label and a strong sense of herself, and she wants to work with Dezi; naturally, this means Dezi doesn’t want to work with her.

If all this sounds like a familiar story … well, yeah. From one angle it could be A Star Is Born; from another, maybe it’s Once. But music – especially jazz – is all about taking the standards and reinterpreting them into new forms, giving us something new that we can still recognize in flashes. That’s what Tommy and co-writer Marni Van Dyk are doing with Learn To Swim, scrambling time and weaving other storylines into Dezi and Selma’s collaboration.

Once you figure out how to anchor yourself within the chronology it all just flows – driven by some very lovely music (some of it composed by Chester Hansen and Leland Whitty of BadBadNotGood, and some by Casey MQ and this week’s NOW What podcast guest TiKA) and Haight’s positively tactile cinematography, which pays as much attention to textures and surfaces as it does to the actors. And Olajide, who’s in every scene, is just great as Dezi, finding his own textures within a blunt, closed-off character and keeping him sympathetic even when he’s being a total asshole. You should see this movie.

There’s the 800-lb gorilla of Dune, of course (7:15 pm, Cinesphere), in which we get to see what Frank Herbert’s messianic sci-fi drama looks like through the eyes of the extremely non-Lynchian Villeneuve; there’s also Arthur Rambo (8:30 pm, TIFF Bell Lightbox 1; available digitally Sunday at 3 pm), a new drama that reunites director Laurent Cantet and actor Rabah Nait Oufella, whom he directed in his 2008 Cannes winner The Class, for a story about a young intellectual superstar whose prospects are suddenly threatened by the revelation of his teenage social-media presence. And I’m keeping an eye on Montana Story (4:15 pm, TIFF Bell Lightbox 1; available digitally at 9 pm), because directors Scott McGehee and David Siegel (Suture, The Deep End, What Maisie Knew) have been making interesting, unpredictable American dramas for three decades now, and I’m curious to see what they do with young talents like Haley Lu Richardson and Owen Teague … though given how visually striking their films tend to be, it might be worth waiting for Thursday afternoon’s Cinesphere screening.

Oh, and of course today’s the only day to see short films in a movie theatre, with the festival programming Short Cuts: YYZ Edition (1 pm, Scotiabank 1), putting all the shorts from Toronto filmmakers on a great big screen. There’s some excellent work in there, including Jack Weisman and Gabriela Osio Vanden’s documentary Nuisance Bear, Khadijah Roberts-Abdullah and Araya Mengesha’s very consciously 2020 Defund, Terril Calder’s stop-motion parable Meneath: The Hidden Island Of Ethics and Albert Shin’s eerie Korean two-hander Together – the making of which I discuss with Shin and producer Igor Drljaca on another segment of this week’s NOW What podcast. (Do you listen to NOW What? You should be listening to NOW What.) The shorts are also available in the festival’s digital Short Cuts programs, of course.

Everyone will be on the edge of their seats to see whether Jessica Chastain goes for pathos or bathos in The Eyes Of Tammy Faye, but there’s plenty of other programming to consider. Philip Noyce’s Lakewood is a real-time thriller starring Naomi Watts as a mother racing to save her child during a shooting incident. In The Rescue, Oscar-winning Free Solo filmmakers E. Chai Vasarhelyi and Jimmy Chin revisit the efforts to save a trapped Thai soccer squad from a flooding cave.

And we’re getting new films from two English masters: there’s Terence Davies’s Benediction, a biopic of English poet Siegfried Sassoon that lets Jack Lowden and Peter Capaldi play the younger and older versions of the man, and Clio Barnard’s Ali & Ava, a middle-aged romance starring Adeel Ahktar and Claire Rushbrook as two very different people who find one another in contemporary Britain. 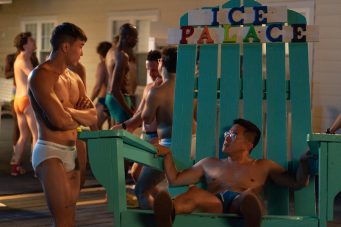 This weekend's options include David Cronenberg's return in Crimes Of The Future, queer comedy Fire Island and mob coming-of-ager A.