In his Crave special, the deadpan Toronto performer proves he's one of the cleverest and most distinctive stand-ups working today 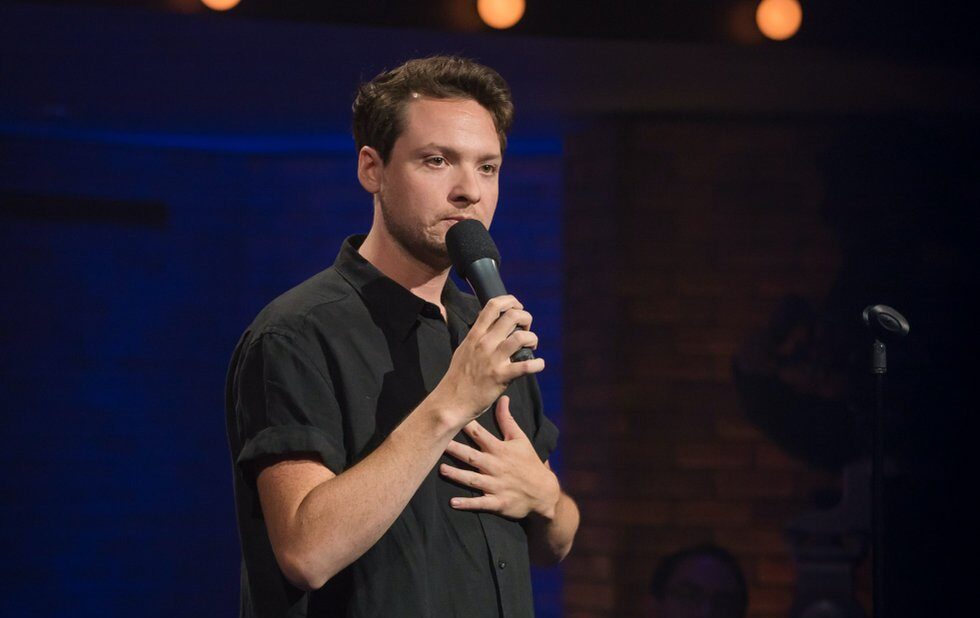 Is that the beginning of a smirk? Find out when deadpan comic Tom Henry's special hits Crave

Is that the beginning of a smirk? Find out when deadpan comic Tom Henry's special hits Crave, May 15.

If, like me, you’ve been missing seeing live stand-up comedy during the coronavirus pandemic (stand-up just doesn’t translate to Zoom), Crave’s series of comedy specials by Canadian comics will satisfy that itch. So far, there have been solid specials by Aisha Brown, the El-Salomons (Jess Salomon and Eman El-Husseini) and Graham Kay. But the funniest comes from Tom Henry.

In his first-ever special, the Toronto-based Henry demonstrates why he’s one of the cleverest and most distinctive stand-ups working today.

Taped at Montreal’s Just For Laughs Festival, the special collects some of his best jokes (many previously heard on his album Tom Henry Kills), delivered in his signature deadpan, expressionless style. Much of the fun of the 45-minute show comes from wondering whether Henry will break concentration and laugh at his own material. (I think I detected the beginnings of a smirk – but I could have been wrong.)

He’s especially good at taking banal everyday expressions – “no rhyme or reason,” “fit as a fiddle,” “tarred and feathered” – and showing how absurd and meaningless they are once you break them down. He also knows how to expertly play with your expectations after he sets up a joke. I’ve seen many of these bits before, but Henry’s craft is so solid – and his vocal rhythms so precise – that I was still surprised by where his jokes landed.

People with full sleeve tattoos amateur musicians who sport lightning bolts on their guitar straps self-righteous vegan bakers – no one is spared from his merciless, sharp observations.

Henry takes special aim at the pretentious and gimmicky, like the man who wrote a novel without using the letter “e.” The biggest laugh comes from his savage, relatable bit about the most annoying guy after midnight. Another features a silly premise about opening a piñata store.

Knowing that a set full of short jokes can quickly become tedious, Henry mixes up the energy of the show in a few subversive ways. In one sequence, he delivers a series of haiku observations accompanied by the wailing tenor sax of Luc Lemire. In another section, he quietly satirizes crowd work. Then there’s his series of impressions – not the kind you normally see at a comedy club. And his final stylistic departure is too intriguing to spoil, but it provides a fittingly absurd twist to the end of his brilliant set.

The title seems intentionally offhand and generic it’s not like Henry keeps a running count of the number of jokes he tells during the show. But even this small detail tells you a lot about his integrity and originality. There’s nothing gimmicky about him – or his huge talent.