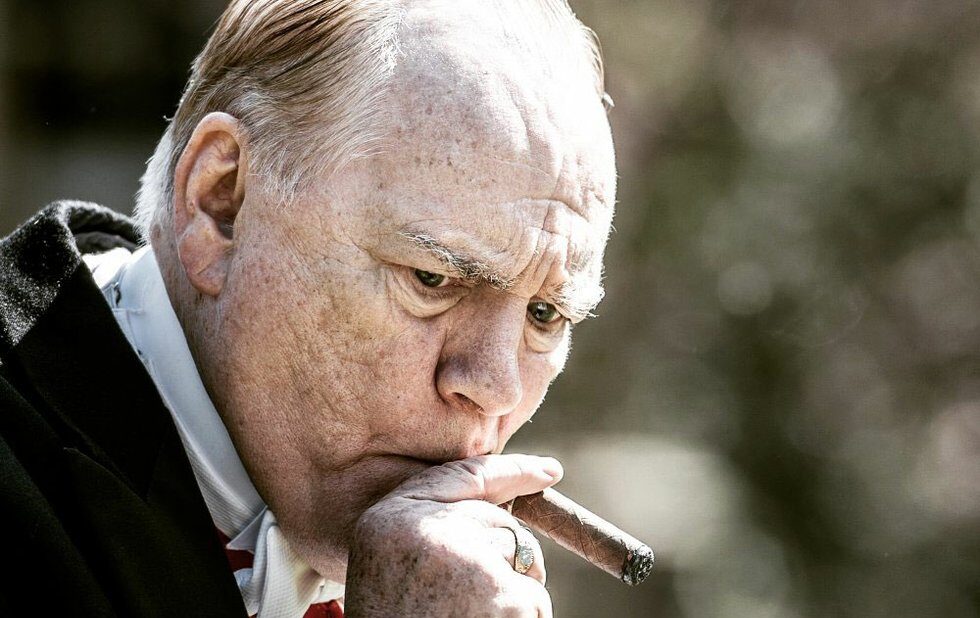 With the swelling of a choir and a widescreen, epic sweep, Churchill aims to do for its iconic subject what Steven Spielbergs Lincoln did for Honest Abe to use a sliver of the politicians career to illustrate his personality and comment on the arc of his life.

Jonathan Teplitzkys biopic charts the days leading up to the invasion of Normandy on June 6, 1944, when the British prime minister tried to persuade the supreme Allied commanders to abandon their attack.

Haunted by his own trauma from the First World War, and perhaps by the black dog of depression which plagued him throughout his life, Churchill was convinced that Allied troops would be slaughtered by the Nazis before they ever got out of the water.

Screenwriter Alex von Tunzelmann imagines those days as a series of negotiations between Churchill and the supreme Allied commanders that quickly turned into impotent pleading, Churchill trying to assert a power he no longer had.

Its an intriguing choice, and Brian Cox makes the most of it, masterfully hinting at the profound, paralyzing fear Churchill tries to hide behind a bellowing, intimidating facade. Hes a magnificent actor, and its a rich, complex performance. Timothy Spall had fun with Churchill in The Kings Speech not too long ago, but that was a quietly comic interpretation Cox has the tragedy of the man in his teeth.

Would that it had been better served by the movie around it. Teplitzky is no Spielberg, and von Tunzelmann is no Tony Kushner, and together they bury Coxs work along with solid supporting turns from Miranda Richardson and John Slattery as Clementine Churchill and Dwight D. Eisenhower beneath several layers of stately, pre-fab biopic mannerisms.

Bereft of ideas, they even steal the climax from The Kings Speech when they run out of Lincoln lifts as if anyone whod show up for this film wouldnt have seen that one, and recognize the point of reference. Bah.