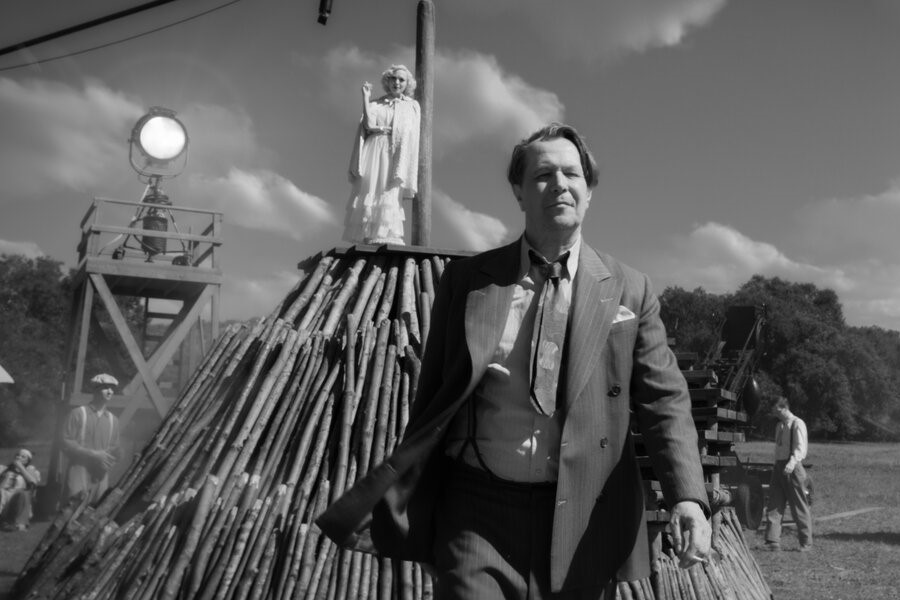 First things first: the Netflix drama Mank is not about the making of Citizen Kane, or even about the writing of it.

Mostly it’s about re-creating the world in which Orson Welles’s landmark first feature gestated: Southern California in the late 30s, where the screenwriter Herman J. Mankiewicz rubbed elbows with wealthy titans like William Randolph Hearst, whose newspaper empire, political ambitions and relationship with the starlet Marion Davies served as the basis for the fictional Charles Foster Kane.

Gary Oldman plays Mankiewicz; Charles Dance is Hearst and Amanda Seyfried is Davies, and a great deal of Fincher’s Mank is about imagining what their conversations would have been like, and how much fun it must have been to be a Hollywood screenwriter back when writing seemed to consist exclusively of hanging out with fellow journalists and playwrights, trading stories and snappy lines.

That’s clearly the world that appealed to Fincher’s late father Jack, who wrote this movie in the early 90s, and Fincher fils seems determined to honour his father’s intentions without ever figuring out what this film is really about.

I mean, it’s not about Citizen Kane, nor is it about Mankiewicz’s working relationship with Welles, as much as it pretends to be; the movie’s framing sequence, with a laid-up Mankiewicz kibitzing with his typist (Lily Collins) in a Mojave cabin, treats the boy wonder, who’s played by The Souvenir’s Tom Burke, as little more than a cheerleader for Mank’s work, egging him on with phone calls and telegrams until he finally shows up for an enigmatic conversation.

The movie doesn’t really know who Welles is, or indeed who Mank is; ironically enough, it fails to provide the Rosebud moment that lets us understand what motivates any of its characters. (It does seem to have a pretty sharp grasp on Davies, who’s smarter and more sensible than she lets on professionally – not that it really matters, because the movie holds her at a distance.)

Ultimately, Mank feels a lot like Fincher’s 2011 adaptation of The Girl With The Dragon Tattoo: every detail has been worked out to within an inch of its life, but you never get a sense of why he wanted to make the thing in the first place. And the longer it goes on, the more time we have to question certain things, like the period affectations in the cinematography and sound mix or the way the film seems intent on whitewashing the very Jewish milieu of Hollywood players in the late 30s, and how Hearst and even Welles would have regarded them.

I frequently found myself thinking of David Cronenberg’s A Dangerous Method, which imagined the conversations between Sigmund Freud and Carl Jung that led to the creation of Jungian psychotherapy: you could understand why Cronenberg thought this would make for an interesting movie, even as you knew it wasn’t working. The effort is admirable, though.